I have been working on adding a number of much-needed improvements to this project, including new audio (mainly) and various performance improvements.

I have been working on some enhancements to this project the past few weeks. As it is supposed to be sound design project, I haven't made any efforts to add MASSIVE HORDES OF SLATHERING ZOMBIES or anything nearly as awesome as that. No. I've added the gentle, looping, creaking of wood on a windmill, and the hourly chiming of church bells...

Below are the updated Workflow Diagrams, including the Minster Phase Two one that (vaguely) explains the process of texture-mapping. 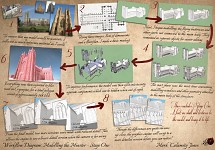 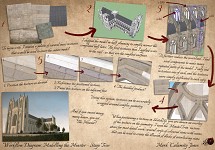 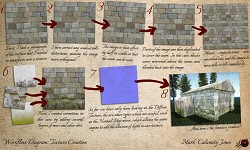 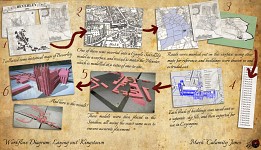