Thanks everyone who voted!

Among hundreds of other games, Switchcars won the jury prize and it's going to Gamescom! Just a month ago I would never have thought this could happen!

I wrote earlier about the contest. Since then, many friends and communities joined trying to get Switchcars to Gamescom, including those from Switchcars Facebook page, but also from Space Engineers, as well as Serbian gaming and game developer groups. I was even interviewed by a local gaming magazine. Finally, when the contest ended and a couple of extremely tense days passed, the following subject line appeared in my email:

I'm so greatful for this. Going to Gamescom will tremendously help me, both with meeting a lot of people but also the sheer exposure. I immediately started preparing, which includes getting this roll-up banner! 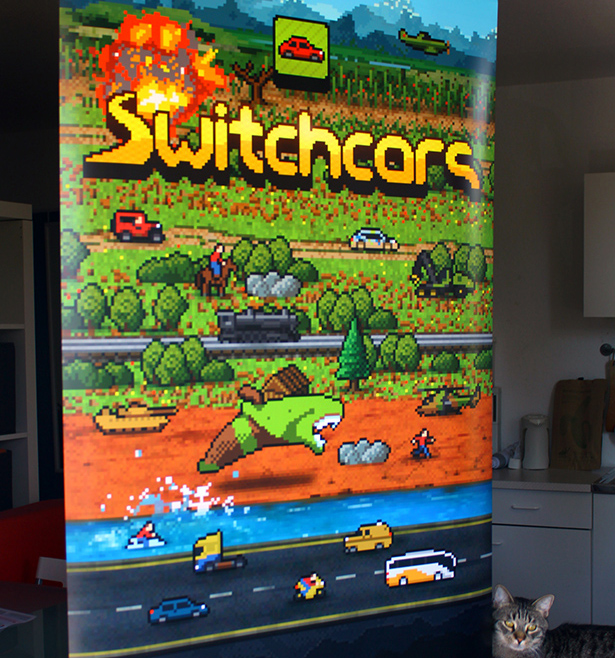 Switchcars booth will be on the south side of the Indie Arena, in hall 10.1, sections A050 and B051. If you're there, come play and meet! Look for this banner, or contact me via Twitter or email.