The art of creating intense, different and meaningful mini-games isn't an easy task. But it's needed. In Urban Pirate the mini-games function like the bowl, the vert and the downhill levels of legendary Skate Or Die. It's fun, it gives you hours of gameplay - but every mini-game must fit elegantly into the storyline and it must have essential meaning to the game. And still it has to be fun if you play them arcade mode with a bunch of friends.

Posted by UrbanPirateGame on Apr 1st, 2016

Hello and here is a short introduction in case you've never heard of Urban Pirate - the game: a 2D, urban crime simulator with streetwise aesthetics where you have to survive though you're living outside established society as a non-conformist urban pirate. The game is being released on Steam May 2016 for Windows, Mac and Linux. This is the game's website and right here you can download the early beta demo in case you're sitting at a pc* and want to do a lot of shoplifting, skateboarding and battling the cops in an unpolished world of simulation. Otherwise read on and enjoy the little animations.

The game development started June 2015 based on some drafted ideas by developer BABY DUKA. An alpha demo was released for a group of gametesters September 2015. The early beta demo came out January 2016. 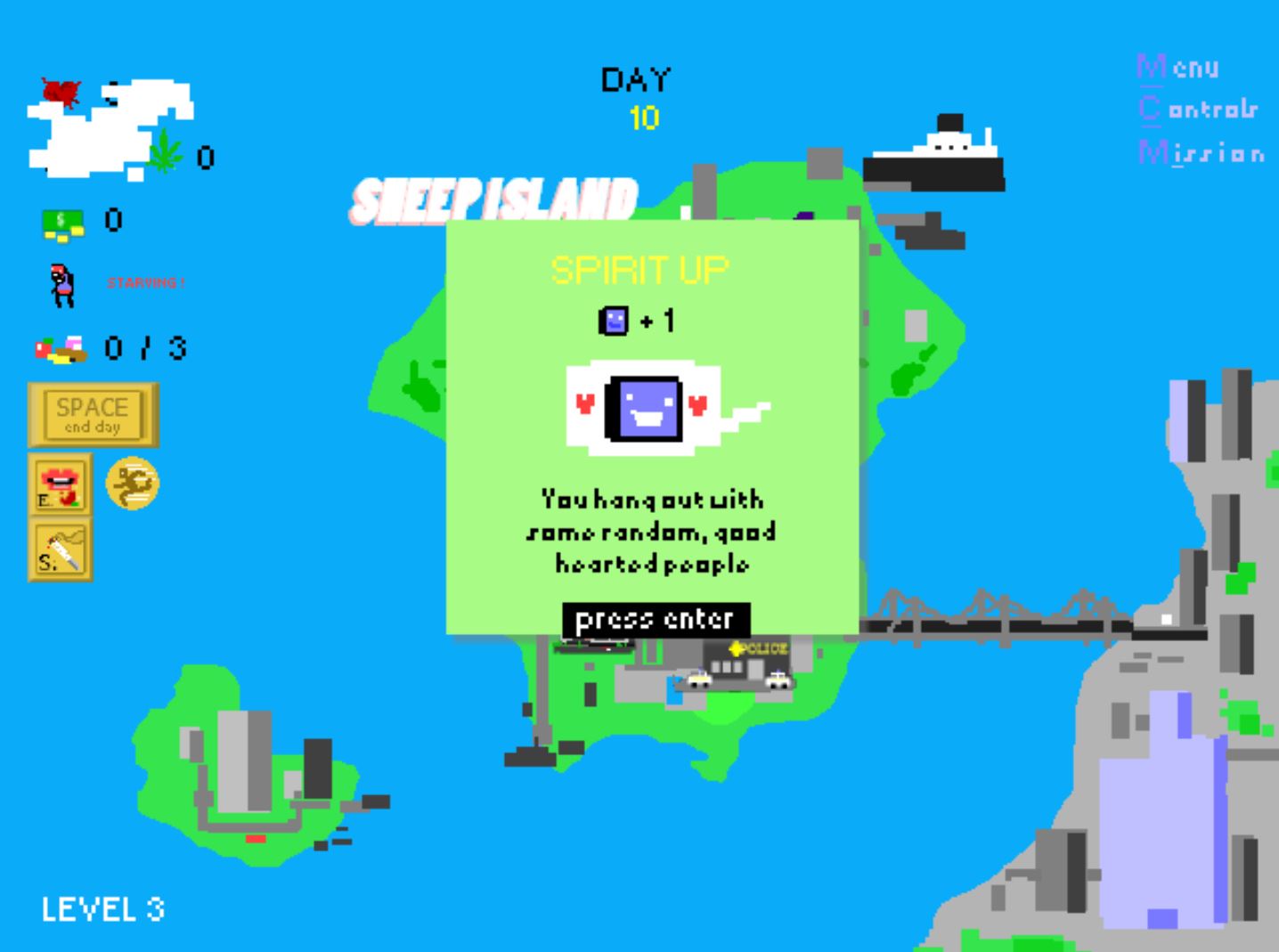 (alpha graphics in your FACE)

The game features a variety of urban crime-themed mini-games where you can go far with skill and on the other hand you'll be punished (literally) if you're lazy or unaware. That sounded a bit stiff - it's really not that stressful once you get used to the cops, the dogs, the dark and your empty pocket. At least the sun always shines.

The previous weeks have mostly been dedicated to the mini-games of Urban Pirate and it has me thinking a lot about the game's mechanics and storyline. People seem to love the mini-games but the levels need some work before the full potential can be reached.

More mini-games are on the way and they are going to surprise you, repel you and most importantly challenge you!

Here is a little list of the beta mini-games and some notes so far:

- The controls were wild and did not have a very complete, responsive feel. I reinvented the controls so now you will 'stumble' as you run over a banana peel or some bushes (not sure if you can see all the leaves flying around as the pirate stumbles through the bush in the GIF though). And you will only go down if the store detective

touches you. Hard to explain exactly. You'll have to feel it yourself eventually. It has become a lot better.

- The graphics were still drafted work. It has been polished (to some degree...) and some new features and graphics have been added (the pirate is wearing the bonus-feature-gas-mask here, in case you're wondering why a big-nosed bear is throwing around molotov cocktails in the GIF below).

- Still working on this hard nut. Besides from some cool graphical upgrades, I am still in the process of upping the controls as well as programming regarding the score system.

- Also some new features have been added to the level.

Taking the project from a Game Maker 8 interface to Game Maker: Studio has challenged the programming of the mini-games but it is all for the better, I believe.

- The level is running pretty smoothly. The sounds and animations have been polished a bit.

Besides from the mini-games much attention has been given to polishing the pixel art, planning the release on Steam, preparing the post-production while focusing on the finishing the game.

So if you like colorful mini-games and a cool storyline right there in the middle...

... then have a look in the videos or download section of this profile if you want to watch some game play or simply play the early demo.

* or Mac if you have WineBottler or Linux if you run the program with Wine.