Anyone in the business knows that making a game is hard work. How to allocate time and resources to get that work done is quite the challenge. This is were planning and research comes in, something we should've spent a bit more time on, looking back. To counterweight that we exercised agility to its maximum... 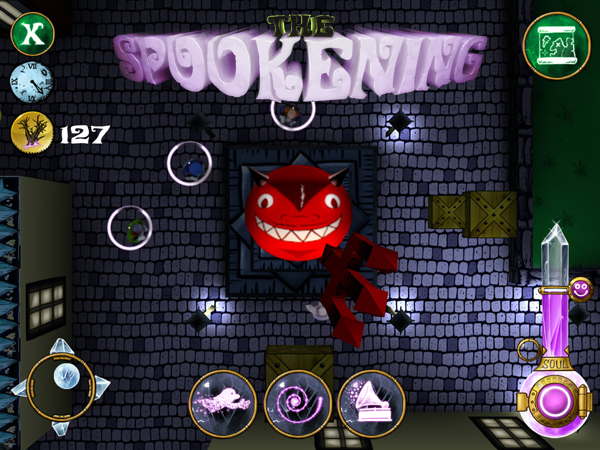 GAME CONCEPT
As the opportunity arose in our company to make our own in-house game I really wanted to make the most of it, in every aspect.
Already from the start we tried to be as thorough as possible in every step. The first step, in our mind, was to decide what game to make, so we decided to let every one make an oral presentation of up to three game ideas, each with the following criteria: it has to be a mobile game, it has to be completed in less than 6 months and it has to feature our own game engine.
When everyone had made their presentations the whole company voted on the idea they liked the most. We ended up with The Spookening as the most popular idea, which is about a ghost trying to resurrect during the midnight hour.

Our philosophy in succeeding with the game was to make a game that was original and well made in order to stand out in the sea of mobile games. Today, I think a better approach would be to find out what people actually play and like and why they do so. Originality doesn't necessarily draw a crowd.

MICRO DECISIONS
The second set of challenges was to navigate wisely among the multitude of micro decisions that had to be made; what angle should the game be viewed from, how far away should we see the characters and environment, what type of controls would be optimal, do we need score and currency or just one of them, should we lock the view or should it be able to rotate? Discussions like these were held for weeks. Naive as I am I hadn't anticipated this to consume so much time and effort, but I'm glad we didn't settle for just any solution in either case. 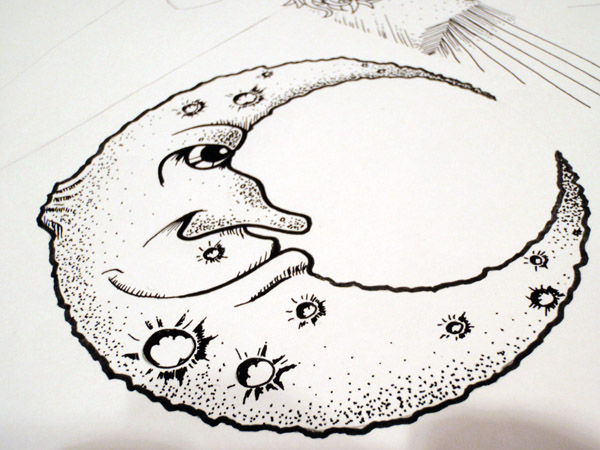 ART
As an Art Director of the game it was my task to set the graphical style of the game. I made quite a bit of research on games with an alternative look like "Limbo", "Insanely twisted shadow planet", "Machinarium", "Patapon", "Journey" and others.
I wanted the game to have its own look and almost feel handmade, so I decided to go for hand drawn graphics. As I hadn't done this style in any previous project I was very weary about where and how to start and if it would hold up. For inspiration I started to look at Moebius drawings and pressed on even though I had doubts quite far into the production.

The drawings were coloured in Photoshop and mapped onto the models in Maya. Although I expected the UV-mapping of the environment to take considerable time I didn't expect it to take THAT much time as it finally did. Even with the help of the Ninja UV plugin for Maya it just took too long to get from the drawings to a colored and mapped town.

TESTING
Testing was probably one of the smartest things we decided to do and we learned a lot. Especially when it came to the interface and tutorial levels.
We had three rounds of testing with about 50 people in total. New players that hadn't seen the game before were brought in each time, since we wanted every tester to play the game with fresh eyes. The major discovery that we made during testing was that our game concept was more different than we expected it to be and needed a lot more explanation than its initial version. What we also found out was that NO ONE would care to read more than one line of instruction at a time. Again, naive as I am I was utterly surprised at how unwilling people are to read anything while in a gaming situation of this kind.
The only solution was to walk the players through a level at a time and introduce the game mechanics gradually at a very slow pace.

This leads me to another point regarding game play. As we targeted the average user, that's who we invited for testing. They thought the game was quite hard. As it turned out most reviewers are naturally more or less pro gamers and they thought the game was way too easy, which was a remark that we got a lot in reviews. This is despite the fact that we have a former pro gamer in the team who helped set the bar concerning the level of difficulty. 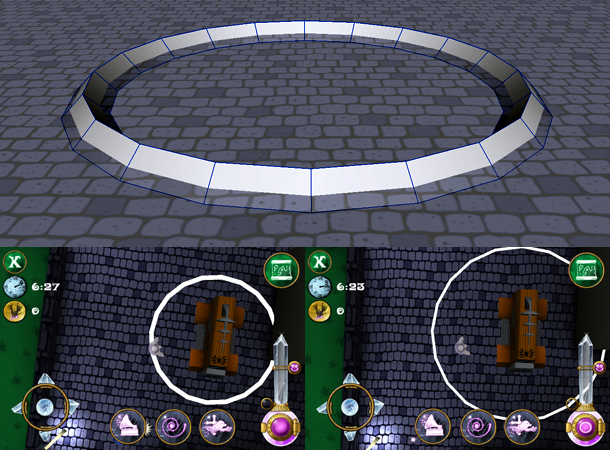 LIMITATIONS
Technical limitations are the name of the game in this business and they can be both very frustrating but also really interesting challenges. For instance; we have a radio-wave-like graphical element as part of one of the 'enemies'. I wanted this graphic to grow in size and fade away, but since it would be too big to fade within the limited fill rates of the devices, we had to come up with something else. (Vertex animation was not yet supported and would take too long to implement at the time, which would otherwise been a solution.) What we ended up doing instead was to create a 3d-model of the radio wave as a ring with a triangle profile. The profile was pointy at the top and wide at the bottom. When this ring is moved through the ground plane we'll see less and less of it until it gradually vanishes below the ground. The result was esthetic, effective to implement and easy on the hardware.

RESULT
Once the reviews started to pop up on various sites we thought we were good and ready to celebrate. Great reviews means a lot of exposure and thus strong sales, right? Nope. We've gotten plenty of good reviews, featured on Games reactor in a video interview at GDC, featured on Swedish national television, among other things. Despite this we’re still struggling to get into the charts where we can expect some real sales.

With facts in hand we can proudly say that we’re a great development studio. On the other hand, we seem to be a lousy publisher. Ironically though we got a “Publisher of the month” award from Quality Index in April. ( Iphone.qualityindex.com ) 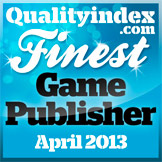 This is by far the biggest challenge, to be seen and featured. So making a unique and polished game is not enough by a long shot. Marketing by someone who knows the business is absolutely paramount!

To have a look at what I’m talking about, go here: www.spookening.com

This is a great write-up! A lot of major points here and glad that you learned some lessons. Primarily about testing.. you can never have enough testing. Big companies can spend months and months constantly cycling testers, QA, focus testers, etc through their game to keep fresh eyes on it and provide feedback.

And don't get me started on originality ;)