The report includes a short section on VR, which uses the ESA's data to show that 55% of the "most frequent" gamers are familiar with virtual reality - and among them, 40% will likely purchase VR within the next year. Additionally, 58% of those who are familiar with VR do intend to play games at some point with VR hardware. 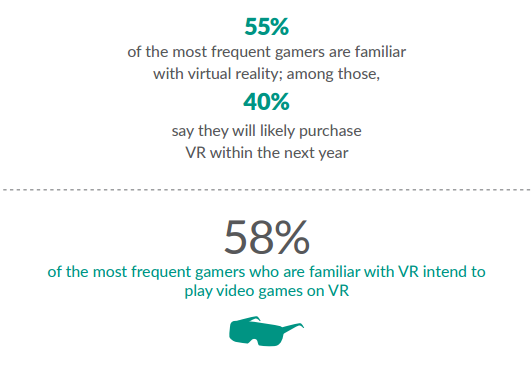 Another interesting point that could tie into VR is the highest-selling genre statistic, with "Action" making up 22.9% and "Shooter" making up 24.5% of 2015's best-selling game genres. That correlates with what we're seeing in the early days of this new VR generation, with a multitude of first-person shooters and action titles for VR - essentially, taking those traditional genres and remaking them for virtual reality.

We're yet to see whether that's really what we want from VR, though - action-heavy titles, when played in VR, often cause discomfort or simply aren't as fun as their traditional videogame brethren. As much as hyperactive, loud, and flashy videogames sell units, VR by its nature may call for slower, more sedate experiences to ease people in. 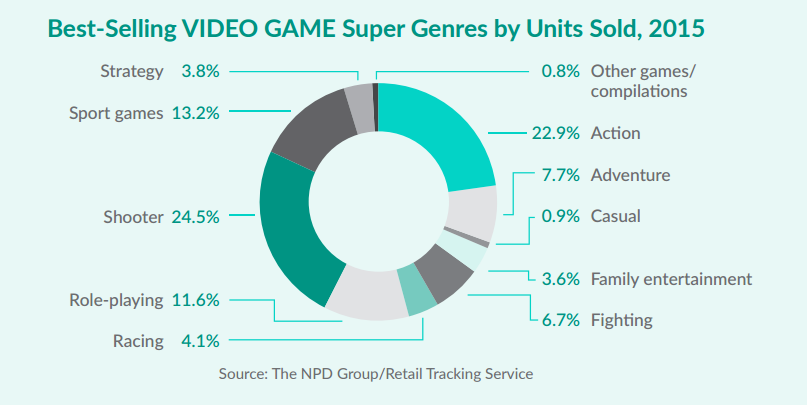