The game engine of EndTime at Home is now able to generate the first version of cities in its procedural generated open world.

The last weeks, I've been working on the enhancement of the procedural world generation code of the upcoming game EndTime at Home. Previously, the game randomly distributed trees, vegetation, streets and houses across the world, without any structure, and basically, the whole world of the game looked like this: 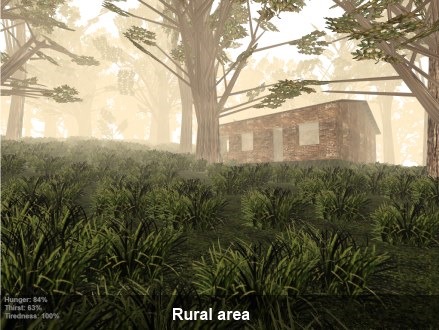 But now, the world generation engine is able to create interesting spots like cities, and connect them using streets. Cities also contain bigger houses, other vegetation, different kind of terrain, and similar. Now about every 10 or 20 kilometers, there is a city or a bigger village. For now, they look like this: 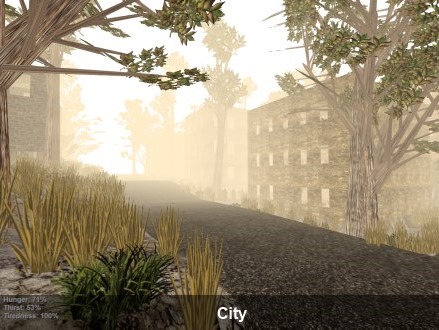 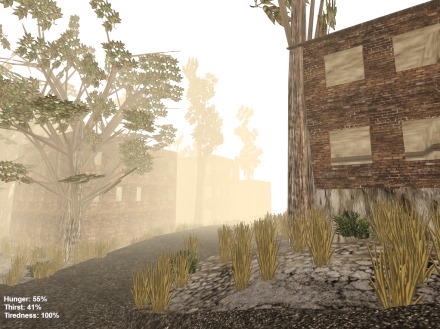 In the finished game, you will be able to find more items, food, weapons and similar in the cities. But they will probably also be a bit more dangerous than the rural area. Of course, the current state of the world generation is far from being finished, the game world is still pretty empty, but this is planned to be changed soon.

If you preordered the game, you can try and explore the cities in the preview alpha version of the game. Otherwise, if you are interested in the game and want to try out the tech demo, take a look at the games website at endtime.at.

Please check the code for the stairs. Because when I walk into the building and up the stairs, I'm suddenly stuck under a roof. or between floors.

Not bad. The enviroment looks great, and from what I can tell so far, seems perfect for the scenario you've depicted. Can't wait until the finished product. ;D

Yes, the collision at the stairs isn't correct yet, and will be fixed with one of the next updates.
Video: Good idea, will do within the next weeks.
Thanks for the feedback :)

Twice as big as Texas? Really?