Door Kickers just had a major upgrade, with changes including: trooper deploy list, much better graphics, new maps, better AI and much, much more! Check out the full changelist inside together with a video showcasing the features and some juicy shots!

It’s been a little while since we last ‘spoke’ and we apologize for that…
You see, with your help, we’ve been able to move into a better office and now work more efficiently, but the transition implied some hurdles to be overcome.
We’re up and kicking now, and on track to bring more goodies to you. Alpha 4 comes with a whole lot of changes, with the Trooper Deploy Screen being the most visible. Next on dev should be the Scenario Generator and Inventory Customization, just wait…

Important stuff first - to get Alpha 4 we recommend that you use the original download link you received when purchasing the game (no worries if you lost it – drop us a line).

We have a video up showcasing some of Alpha4’s features. This time we’ve tried something different – to narrate it. It felt more honest (and cheap) to have one of us do it, so you’ll be hearing the comical accent of Dan, the design guy!

Features:
- Well, the Trooper Deploy screen is in the game, hope that’s already clear?
- Go Codes can now be combined with actions: detonate doors on GoCode, throw grenades on GoGode etc.
- New maps, including the first House Call map.
- Added ambiental sounds to maps.
- Persistent orientation waypoint/side-stepping: Ctrl+RClick drag on a trooper or on a waypoint and he will keep looking in that direction until ordered otherwise.
- Friendly AI: troopers will now investigate the direction they are attack from.
- Enemy AI improvements: new patrol/investigation strategies.
- Added graphical representation for the flashbang grenade’s effect falloff.
- Modified grenade physics (explosion time will be adjusted dynamically depending on distance to target). A minimum explosion time still remains.
- Current trooper’s path is now highlighted in relation to the others.
- When drawing a path, a potential action waypoint will be shown on the objects you can interact with, letting you know the position from which you can interact with them.
- Easier to tweak paths: just naturally click and drag on the path to adjust from that point.
- GoCodes can be triggered with 1/2/3 keys as well as the a/b/c keys.
- Trackpad-friendly controls: the SHIFT key is converted to right-click (feedback is appreciated)
- New HUD + many other graphical improvements.
- Door spy camera can now be moved freely while in paused mode (based on communities’ voting).
- The detailed statistics for a completed map are now saved and displayed when clicking on the stars button.
- Added global statistics in the main menu.
- When selecting a trooper, his field of view bounds will be displayed.
- Detailed statistics are now displayed on the mission failed screen as well.
- Detonation button is now CLEARLY a button (also changed tooltip).
- Multiple graphics optimizations, FPS increase on older GPUs.
- The detailed statistics for a completed map are now saved and displayed when clicking on the stars button.
- An “improved result” message is now displayed when doing better than your previous result.

Bugs Fixes:
- Corners bug: when close to a corner, an enemy could shoot you but you could not see him (and viceversa).
- Fixed a bug where the enemy AI would just stand there and do nothing while getting shot at.
- Fixed cover objects (furniture/cars etc.) stopping bullets even though you were not near them.
- Improved/fixed interaction with doors.
- Fixed a bug with incorrect data shown in the detailed statistics screen.
- Trooper no longer stops walking when changing his path.
- Editor: added snap to grid (+/-) and 90 degree rotation (ctrl+lclick+rclick).
- Fixed a crash.
- Multiple other fixes. 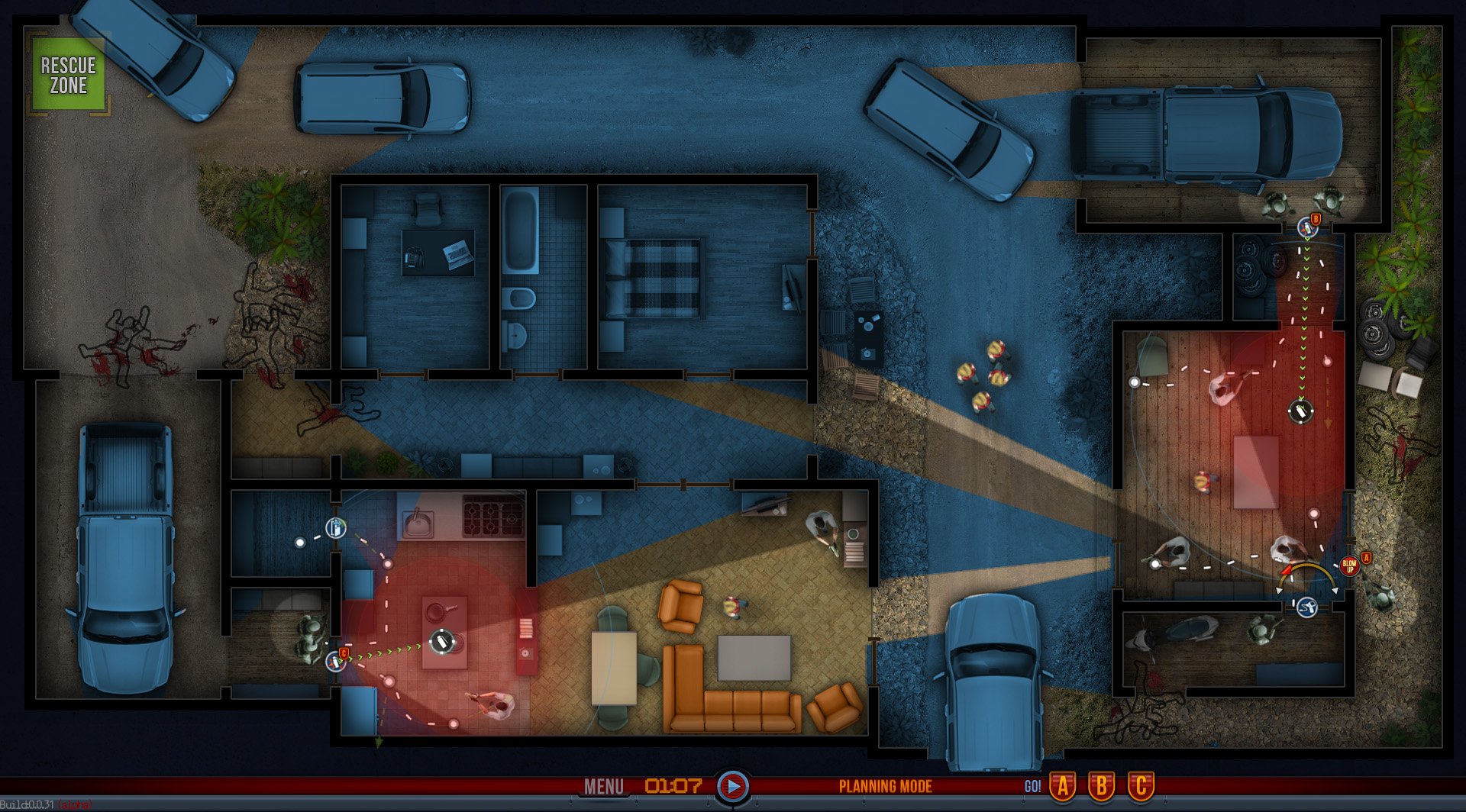 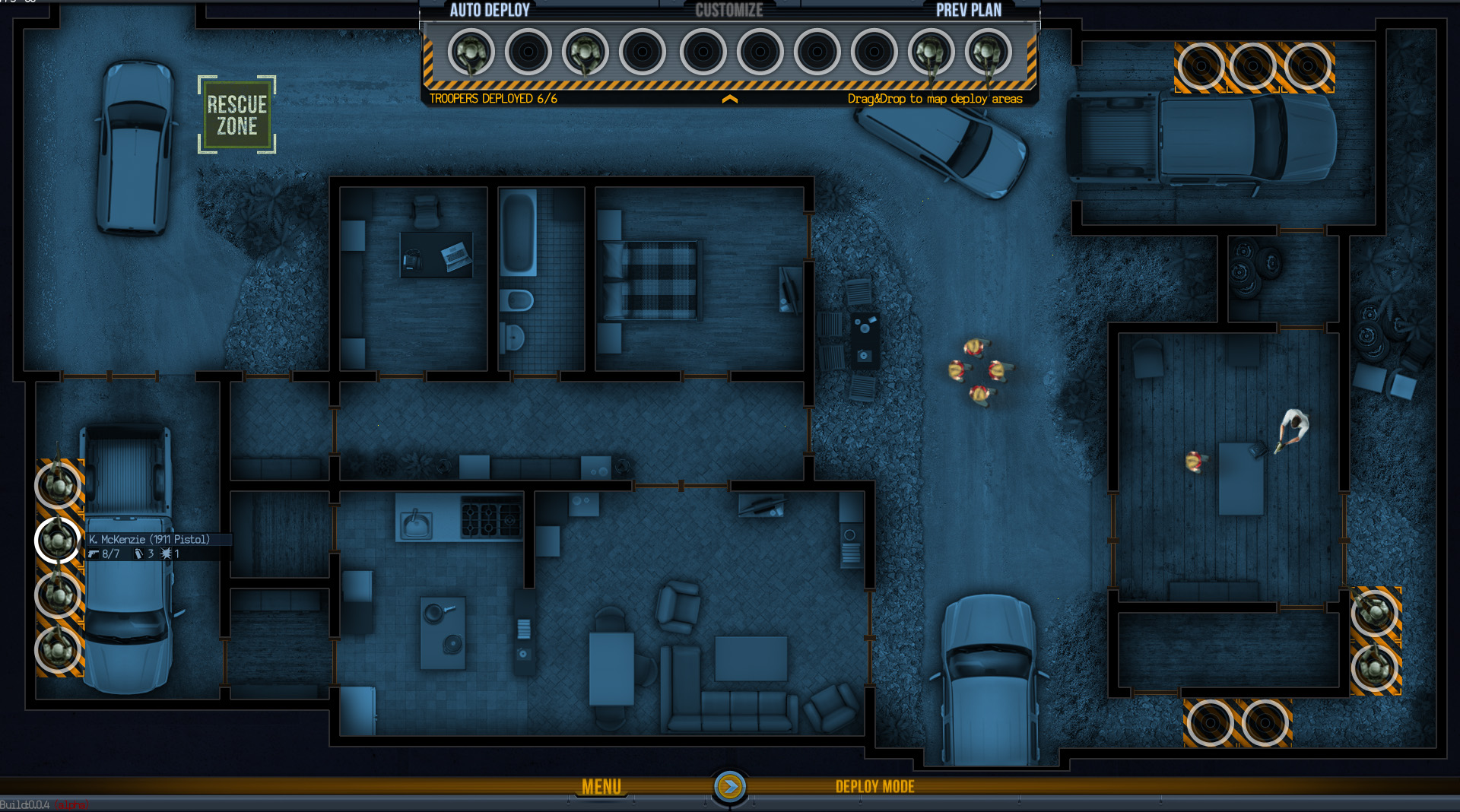