The demo of the game "Don't Get a Virus" has been released! Download for Windows, OS X, and Linux!

I am proud to announce that Don’t Get a Virus now has a playable demo, and it is available to download right now! It’s downloadable on Gamejolt, Github, itch.io, and here on IndieDB! The intention of this demo is to gather feedback on the game, so I may improve it, and use the feedback when developing future levels. 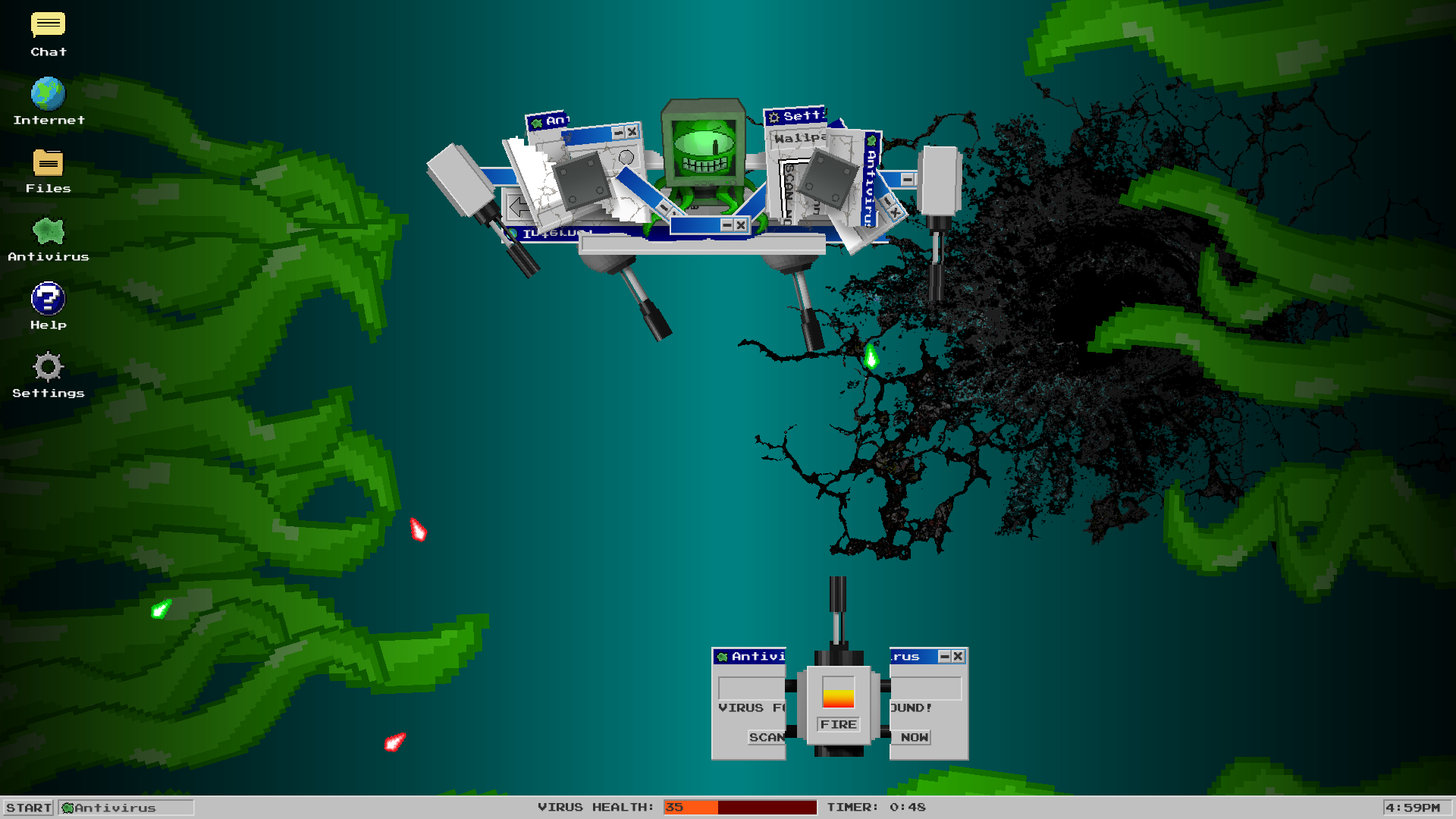 This game has been in development for 6 months, and now it’s finally public! The game starts you off in an parody Windows 98 desktop. If you know how Windows works, then you should know how to play! You drag around windows like you would on a regular computer. If you want to exit or pause the game, just press the escape key. 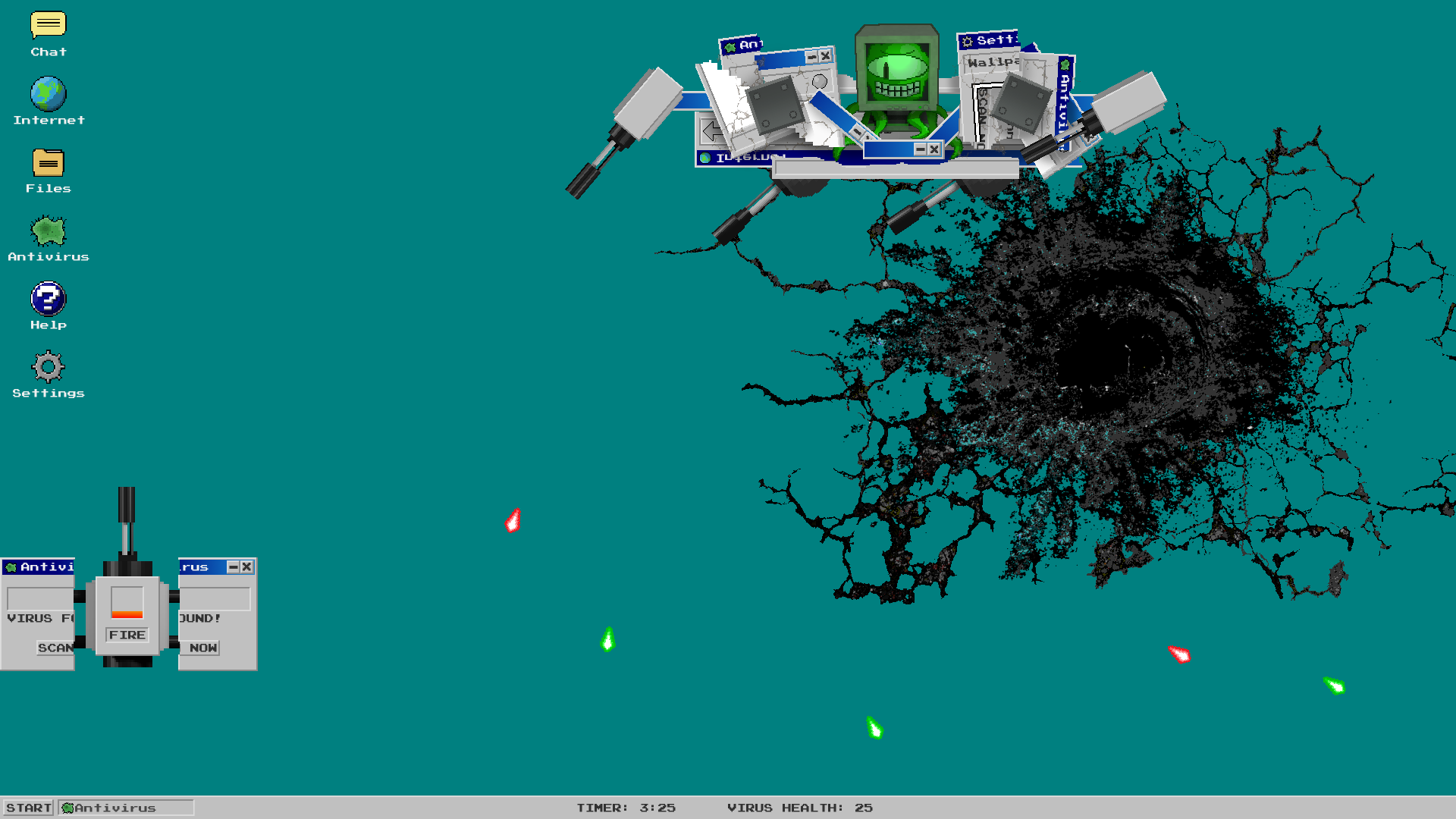 The point of this game is to fight the viruses which are trying to invade your computer! Using your antivirus, you blast them away in frantic bullet hell fights! Right now, you can try out one of these fights. Check out the gameplay video for more details! The game is being developed with Love2D. The applications used to make the assets so far include Blender, GIMP, and Audacity. I have 4 more major fights planned, with smaller ones in between. I don’t know when it will be finished, so I can't give a release date yet. I'd love some feedback on what I've done so far! I have a lot more planned, like more virus fights, more files, and more programs! 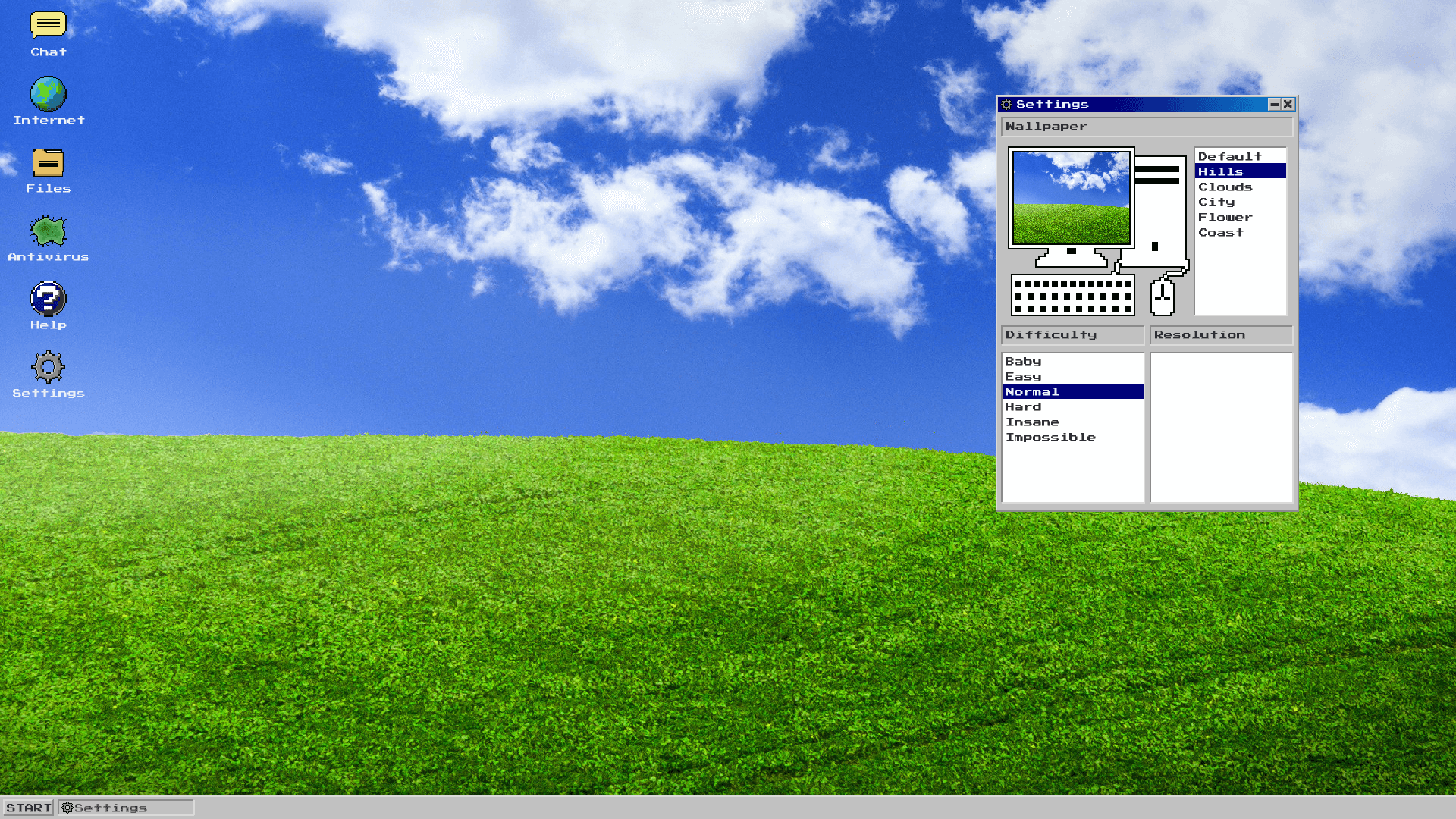 I have prepared releases for Windows, Mac, and Linux. They should work on their own. If these releases do not work, then you can download the .love file, and install the Love2D framework (version 0.10 or 0.10.1) on your computer. After, all you’ll need to do is double click the .love file and it should open. The source code is available through the .love file (.love files are renamed .zip files) or through GitHub!