Dirk Dashing: Secret Agent! Special Edition is now available for Windows, Mac, and Linux. Dirk's first mission has been ported to the new Dirk 2 engine, for improved graphics, enhanced audio, and a ton of new features!

Dirk Dashing: Secret Agent! Special Edition is a complete rewrite of the original game. It has been ported to the new engine from Dirk Dashing 2, so it looks, sounds, and plays like the sequel. This unifies the 2 games and helps the series feel more consistent and coherent. 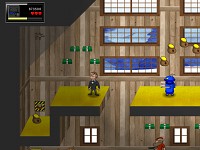 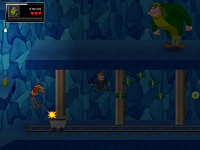 The Special Edition utilizes many (but not all) of the new features in the Dirk Dashing 2 engine:

There are also 8 brand new levels to explore, plus hundreds of tweaks to the existing levels. And Mike, the artist who drew the comics for Dirk Dashing 2, created new comic pages for the game's intro and 2 possible game endings.

The Special Edition does not get the new dart gun, night vision goggles, explosive charges, alarms, or new enemies from Dirk Dashing 2. And except for the ability to tiptoe quietly, none of the stealth abilities from the sequel are available either. I wanted to stay as true to the original game as I could within the framework of the new engine. 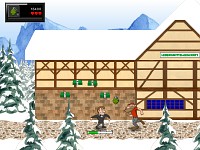 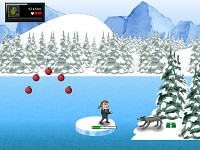 The original game had a very limited soundtrack, with only 8 tracks that together provided less than 15 minutes of music. We did 2 things to address this issue. First, with the new audio engine from Dirk Dashing 2, the music is now tied to the action and major plot points, fading in and out as needed. This keeps the music from becoming too repetitive. Second, we added some new music. I found a track from Jordan Davis, the original musician, which I had never used in the original game - it has now been incorporated. And Jesse Hopkins, the musician for Dirk Dashing 2, provided two new tracks for the game. One is a fun Bavarian-style tune that plays in the background in the villages and towns, and another is a variation of Jordan's original Dirk theme that I used for the new boss battle levels. Plus we reused several music pieces from Dirk Dashing 2, like the slower version of the Dirk theme that plays when the game is first started and the end-of-level music.

To fill the void when music isn't playing, Jesse created a bunch of new ambient loops for locations like the snowy woods, windy cliffs, ice caves, mountain rivers, and lumber mill. We also reused many of the footstep sounds from Dirk Dashing 2, and Jesse created some new footsteps for surfaces like the hard icy floors and powdery snow that are exclusive to Dirk Dashing 1.

For the first time, there is also a strategy guide available for the game, which includes full-color maps of all levels, detailed walkthroughs, hints, tricks, concept art, and more. You can get the strategy guide here: Dirkdashing.com

This year marks my 10th anniversary of professional game development, so it's fitting that my first Dirk Dashing game has received a major upgrade. This game (and its sequel) really reflect me, as a person - who I am, and what I like - my love of comic books and classic gaming, my sense of humor, my art, my style of story-telling, and more. The Dirk Dashing games are the kinds of games that I've always wanted to make, and I'm grateful that I've had the opportunity. I hope I can continue to make more of them, because I've got so many other stories I want to tell - not just about Dirk Dashing but about Rick Rocket and some other wonderful characters you haven't even met yet.

I hope you enjoy the game. And "thank you" to everyone who has supported me over the years by buying my games and telling your friends about them. I couldn't keep doing this without you.

I like the art style and casual game play.