Major changes to world generation this update means you can now dig into the ground for resources!

Posted by PokingWaterGames on May 13th, 2016

Major changes to world generation this update means you can now dig into the ground for resources! The world is now composed of geological layers, which can be easily edited in the xml data files. If you dig through the soil layer, you can reach the clay layer, and then the gravel layer, and so on. It is different for each biome. Each layer has its own characteristics such as water absorption, fertility, hardness, movement speed, etc. The world looks much more natural with this new system, and I'm especially excited by the flexibility of adding ground layers for each biome with only several lines of xml! 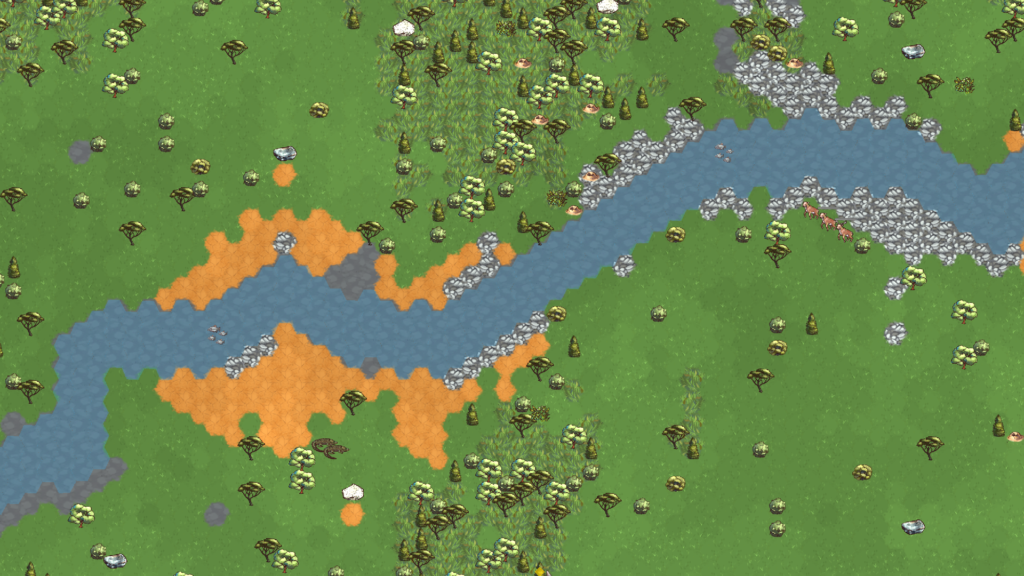 To dig into the ground, just use the extract button just like you would for extracting trees and rocks. As an example, extracting gravel can provide us with granite chunks, along with giving a chance to find some flint chunks.

Another exciting feature of this update is coastlines! I spent about two weeks working on refactoring and improving the water generation algorithm yet again to get this working. I think it was worth it, as now we have working tides! That's right, the water level rises and falls over the course of a day in the new Rocky Beach biome. When the tide recedes, crab holes may appear in the sand from where you can extract sand crabs. But don't set up too close to the sea, or the high tide will wet all your tribe's belongings. This new biome requires some balancing, but it's there to be played around with for now. 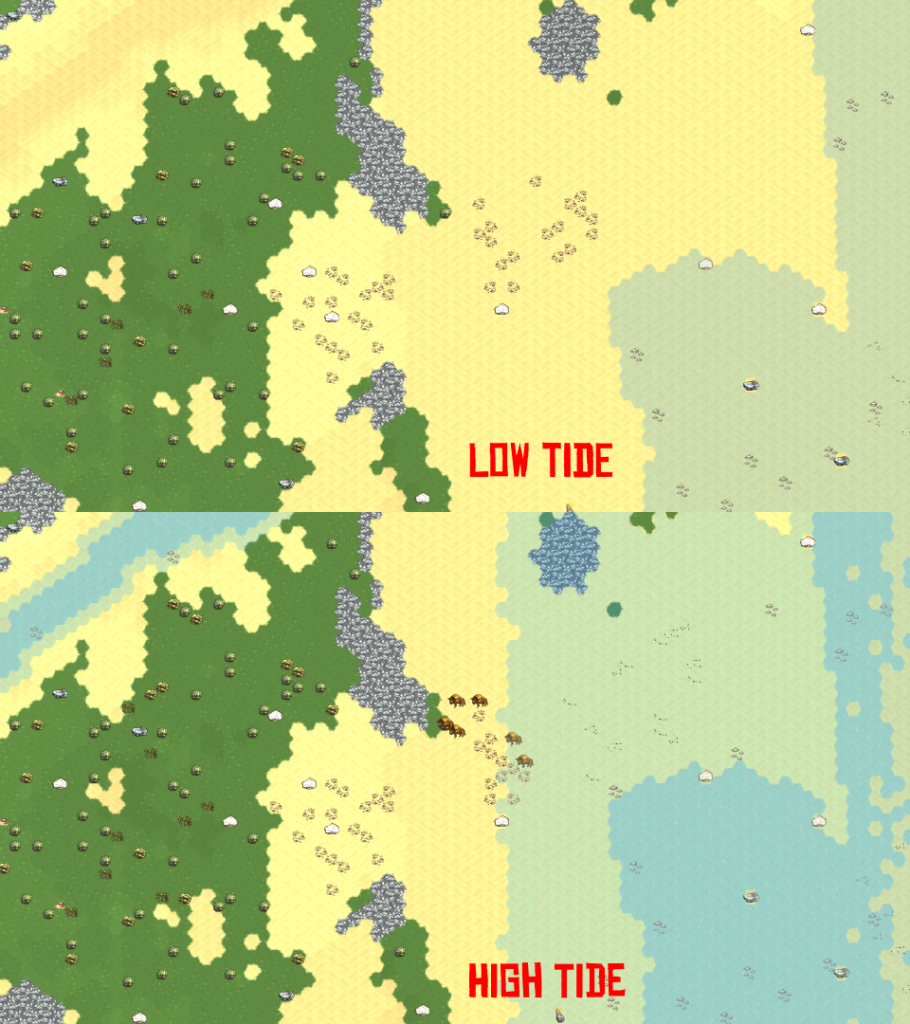 On the usability front, I have continued improving task indicators to help the player better understand reasons why something isn't being done. In the task panel you can now see the reason a task isn't being completed, whether it is missing materials or no Pokian available with the ability to complete that task. 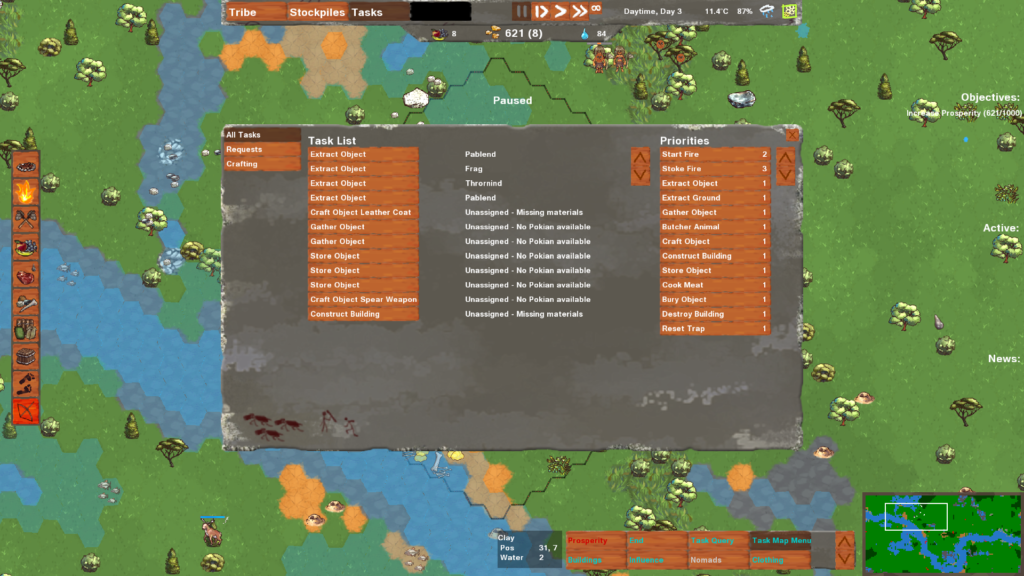 With a task query panel open, you can also see arrows pointing to the materials that are assigned to that task. In the below image, we have a Spear weapon crafting task that required a stone knife, log wood and animal tendon as materials. 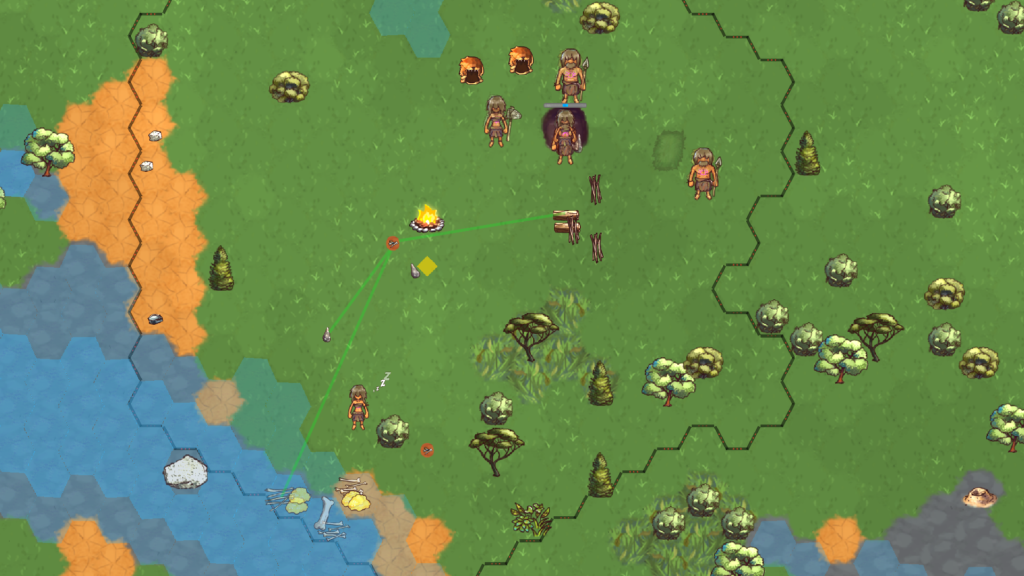 Finally, I've done a major crafting rebalance so object values, required crafting materials and required abilities are more consistent. In general, crafting an object will increase the value of base materials by 2 to 3 times. Monument construction has also been split up to allow more Pokians to work towards building it at the same time. First you need to craft stone slabs and dyes, and then use those subcomponents as the base materials for a monument. 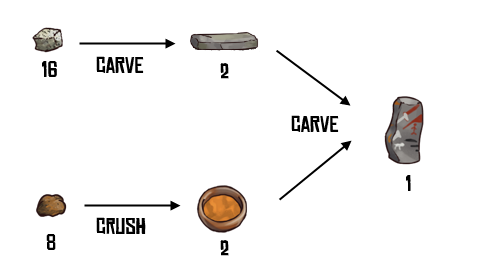 There's lots more in this update, but I'm not here to write a novel! Here is the full change list for Alpha 16: