Through past week I've added few things. Namely GUI, some means to build things and new AI logic to carry it out.

One of downsides of writing own game engine from scratch is amount of work that needs to be done before the actual gameplay may be implemented. Recently I've thought that I can finally start working on it when I've realized that my game doesn't have any sort of user interface apart from 'level' editor ;) writing all the button controls is not something I would gladly spent time on so I just took advantage of IDE in which game is written and made some temporary menu's using standard and a bit modified components. As a result I got sort of retro looking ASCI-windows gui. Each window can be moved and scaled. It's not drawn on OpenGL context like rest of the game but rather like normal 'OS' windows. I like the result so maybe it's not gonna be temporary after all. 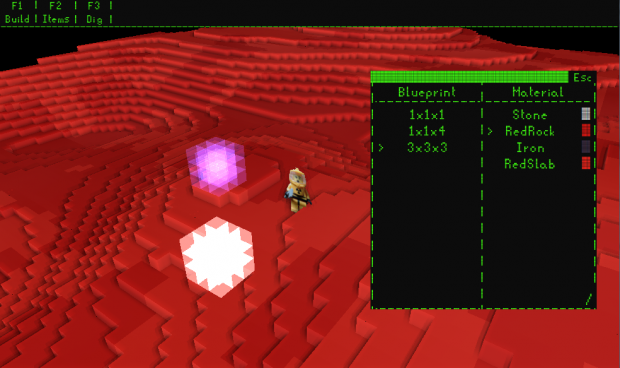 After that I could finally implement some means to build things, on both user end (marking 'build' and 'dig' areas) and AI that carries out the tasks.

Speaking of AI; before this project I always used state machines for controlling actors which worked well at beginning but as logic gained in complexity it was hard to keep code clear and even harder- bugless.

So this time after some research I've decided to use behavior tree approach which so far looks like a good choice. Wrote my self a nice little editor for it and even got a way to visualize the logic on the fly, sending node states from game to logic editor via udp. All that stuff can be seen in the video: