Cogmind's new "2-player" mode turned out to be a lot of fun, and after playing it a bit more I'd already come up with a growing list of other ideas that fell under "low-hanging fruit" for improving your friend's AI to make the mode even better. So rather than waiting until Beta 10 to include these features, I figured might as well release them now as Beta 9.6 while some players are still enjoying the company of another Cogmind! 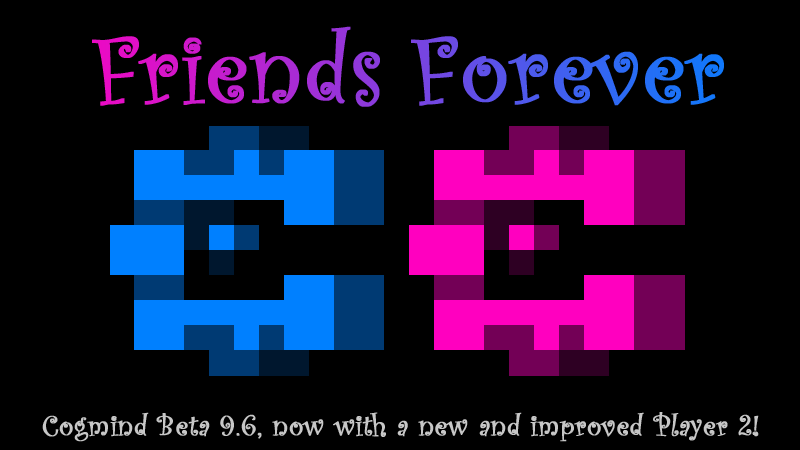 Saves from earlier versions are incompatible with Beta 9.6, but even if you're on Steam and Cogmind automatically updates, Beta 9.5 is still available via its own legacy branch and you can roll back to finish a run in progress first if you like.

Player 2 is now more likely to put together better builds overall, is smarter about launcher use, wastes somewhat less time rebuilding after a firefight, and now actually know how to turn off some weapons in their volley if they're starting to run low on energy. This was originally a bit of a problem during longer confrontations when Player 2 had large energy-based volleys and might end up doing very little attacking, but now for example they can turn off one or more weapons if it'll help them increase their attack rate and improve the outcome of skirmishes.

For example, see in this test how they start off firing both of their Nova Cannons but eventually switch to sometimes firing one in order to keep hitting targets:

Player 2 is also now more talkative than before. They normally have quite a lot to say, but in Beta 9.5 I had set the frequencies fairly low since I didn't want to overdo it across longer runs. After playing more long runs of my own, however, it felt like there was definitely room to increase the likelihood of them commenting on something, especially considering there are so many situations they want to talk about, many different things they can say in each, and most people won't play the mode that many times anyway!

"Player 2: A decisive victory in my favor, I'd say." Spoken immediately after leveling the caves with dozens of rockets... 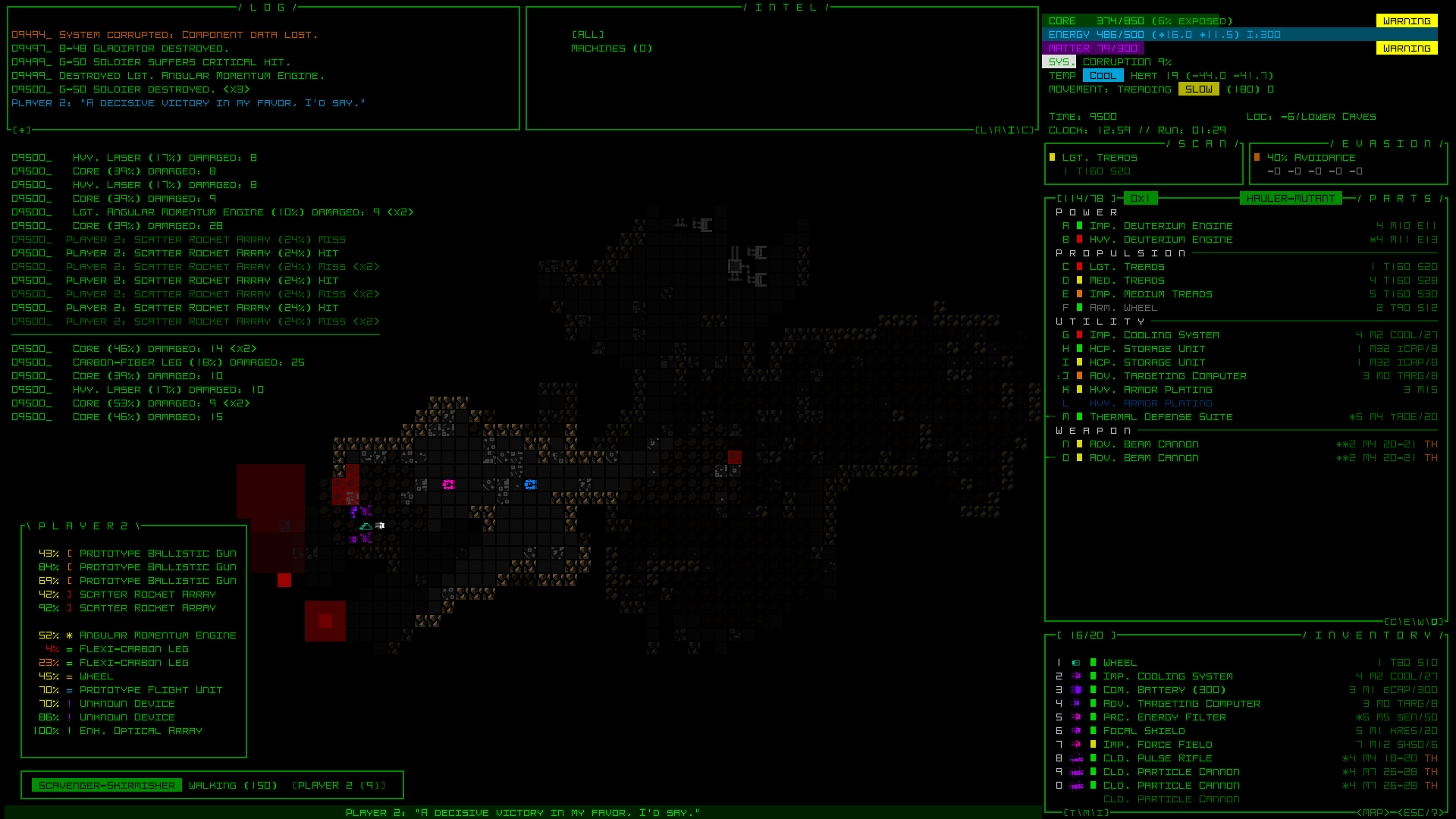 Some of the new situations I added are pretty fun, but I won't spoil them :)

One thing missing from Beta 9.5 was any kinds of stats specific to Player 2, which we now have in Beta 9.6 \o/

Your scoresheets and stat dumps will now include new entries for your friend, including basic records like evolutions and part changes, but also perhaps more fun are comparisons between who is taking/dealing more damage and destroying the most hostiles, so you can now compete with Player 2 :D (or use this for other types of interesting conduct runs) 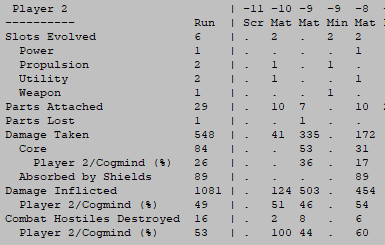 In the quick sample above, Cogmind and Player 2 are almost neck and neck for damage inflicted, although Player 2 was taking much less of the core damage (26%).

Although the main purposes of this release was Player 2 improvements, and fixes for new bugs are mostly coming in Beta 10, I did include a few incidental fixes I happened to have been working on. Like we now have proper alignment of part comparison values when one of them has a manual tag (which you can add to an inventory item via Shift-Alt-t):

I'd gotten a report about that once before and didn't make the connection as to what the cause might be until it also hit me during last week's stream and I went back to rewatch that section :P

Of the Cogmind owners who experienced Player 2 mode, 55 have opted into stat reporting, reporting a total of 132 runs through yesterday.

Complete leaderboards can be found in the version of this announcement on the forums or Steam, since IndieDB can't display them in their normal format.

For more leaderboards other than just Player 2 (and to see some of these with "mutations" appended), check out the latest compilation on the forums put together by Joshua, with all Beta 9 series runs through April 12th.

Last week I published a huge article about Developing Multitile Creatures in Roguelikes (currently for patrons), which covers a lot of related topics like appearance, pathfinding, mapgen, design, etc. 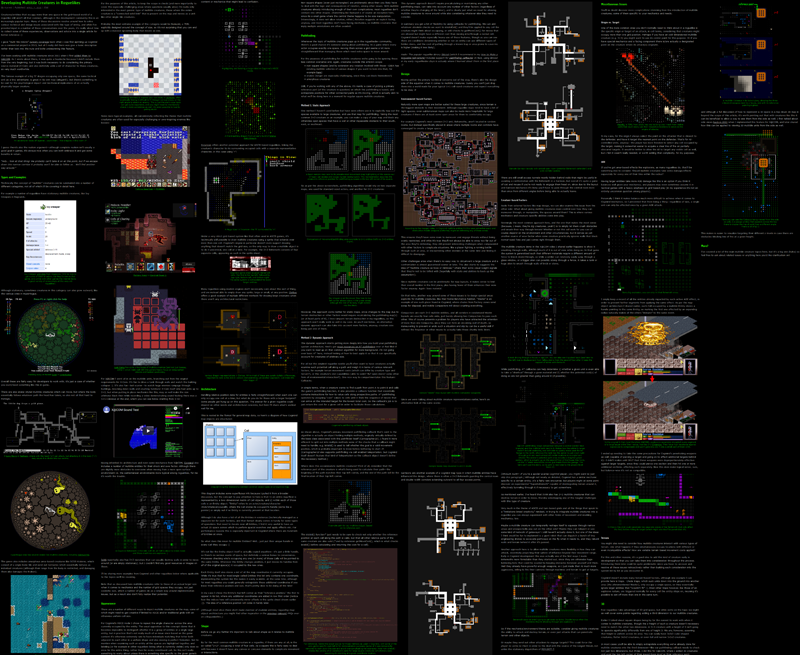 I mention because it inspired Ape to grace the community with an update to their graphical ASCII mod for Cogmind, now including the alternative large-character style for multitile bots.

A scary sight if you ever saw one (unless of course you have one of the tools for dealing with situations like this :P): 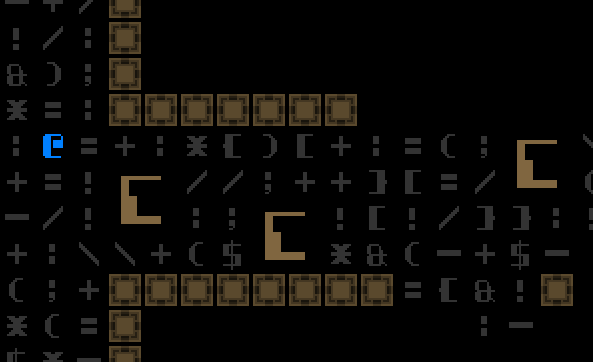 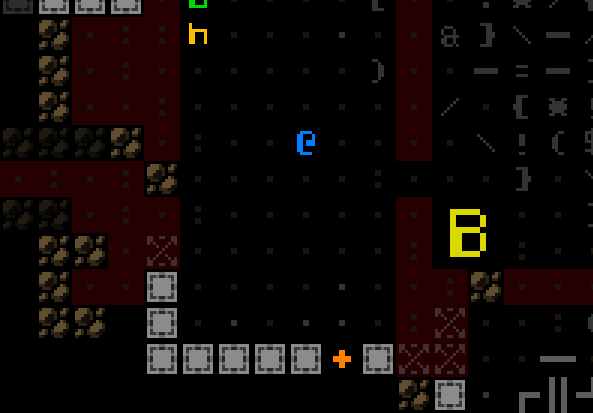 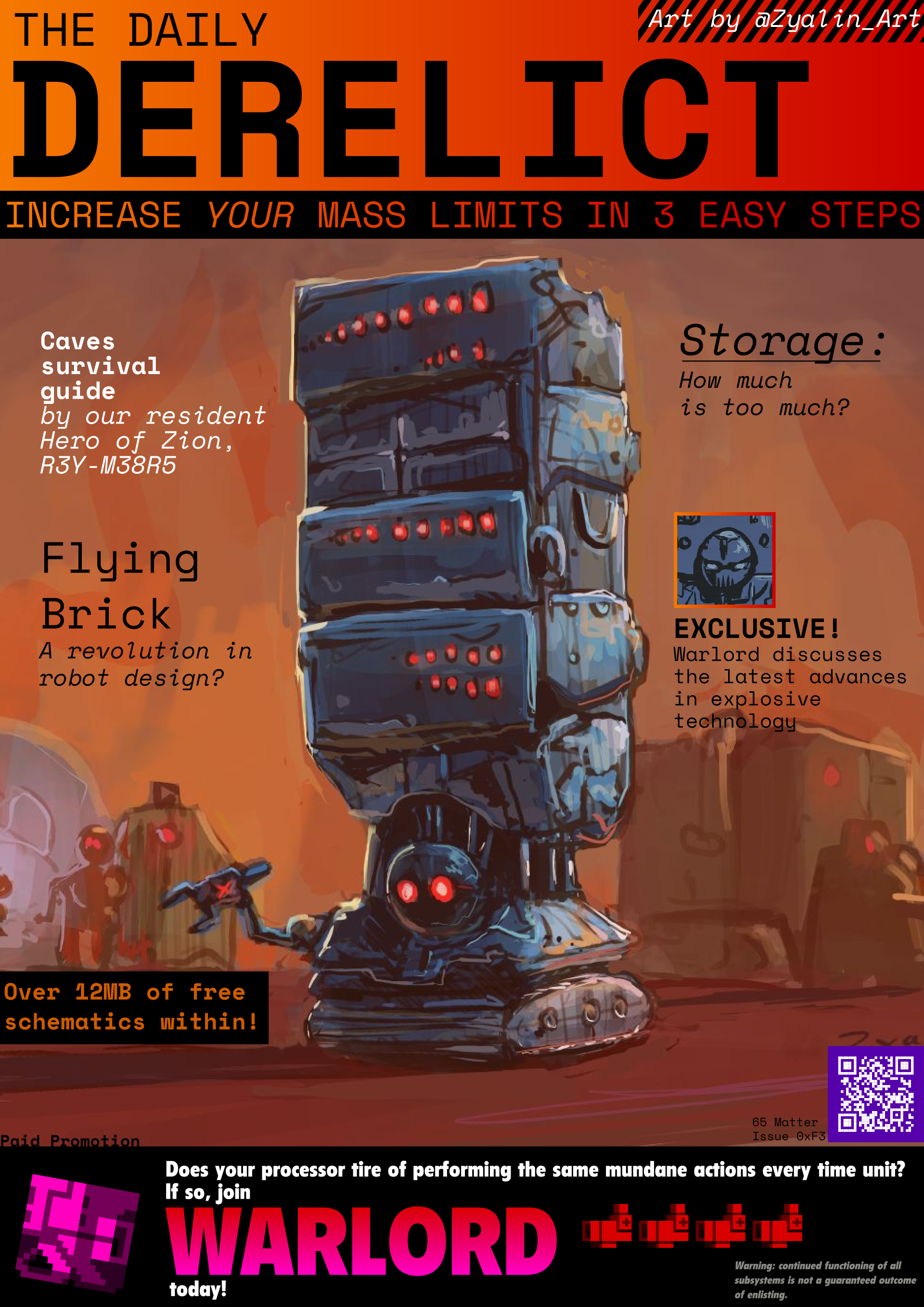 I've been streaming Player 2 since its release, starting with this intro:

Then continuing the run (and finishing both that and a second one) just last week:

Actually, after this announcement goes up, I'll be streaming another Player 2 run no later than 9 PM EST (Monday 4/14). We're going to teach Player 2 how Garrison raids are done and build an impressive RIF stack to play a support role. As usual, if you miss it it'll be up on YouTube later.

How to Play with Player 2

As a reminder, even though the event is over you can continue to play Player 2 mode as long as you like, even in this and future versions of Cogmind.

On Steam this can be accomplished by entering "-forceMode:Player2" as a launch option, as in this example from RPGLIKE (which you can also still play!): 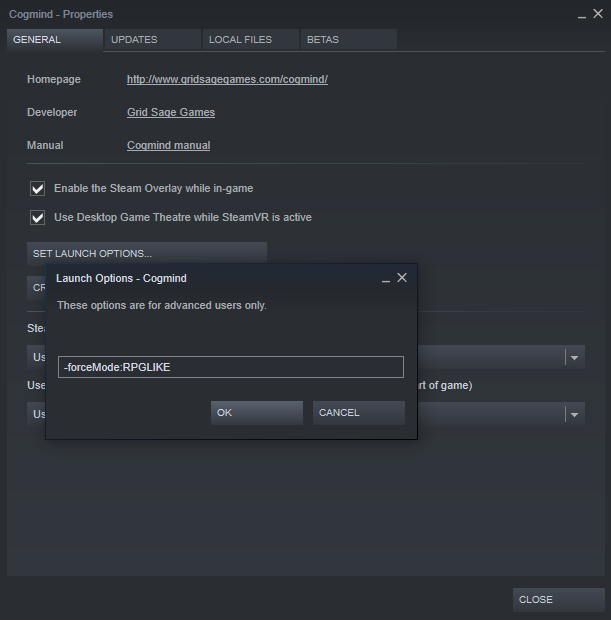 Note that this only works if you have no run in progress (i.e. exited the game directly after finishing a previous run, or did a self-destruct w/save removal from the game menu).

Off Steam, you can either set the launch options for COGMIND.EXE, or run a .bat file like this one--just decompress the archive and drop the file into your Cogmind directory and click it. It simply contains the text "start COGMIND.exe -forceMode:Player2", to start the game in the desired mode.