Bust images instead of faces for all characters have been or are in the process of being added into the game. All character faces no longer use the RTP presets. Only preset sprites.

Character busts for all characters are in the process of being implemented into the game, thus far we have an image of the new and updated "Gorgi" character in the opening scene. Tell us what you think? Despite everything, these are just preset generated and we are seeking any bust artists who would like in on the project.
Thanks to: Kongregate.com for the generator. 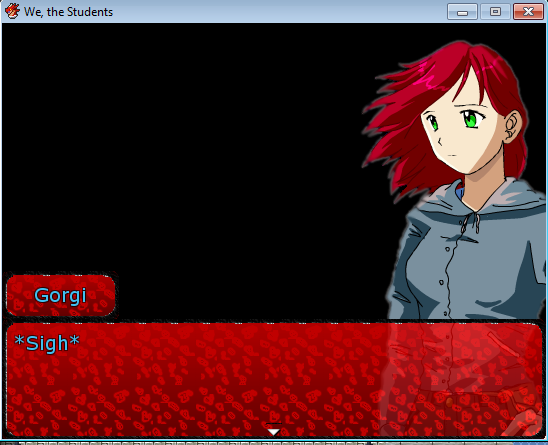 Get in touch at Solar_Flare@hotmail.co.uk