Some builds just want to watch the world burn. Build 251 has been in the works for quite some time – Unlike the new heir to the British throne, it did not decide to arrive promptly. A build’s recalcitrance may be measured by Brian‘s quality of life. When Brian is at his post long into the night, making build after build, you know that it’s a tough one.

This is the nature of software development. Sometimes the intricacies, dependencies and complexities bite you in the ass. But today Build 251 is here, and it is glorious. Two particularly exciting new features are the ‘Cystem’ and queued orders. The Cystem is an auto cyst placement system that will chain link cysts to a destination for you. 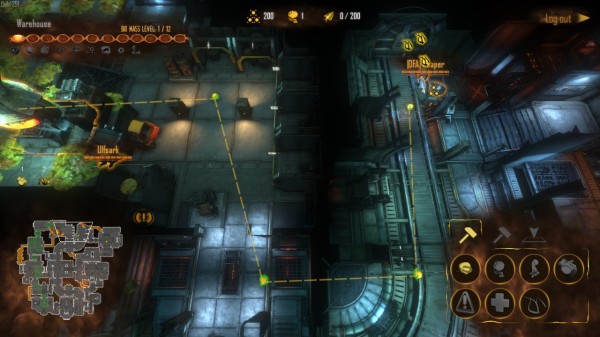 Cystem – Four cysts to a res node in one click

Natural Selection 2 straddles the border between first person shooter and real time strategy (RTS) game. Most RTS games feature a queued order system, allowing a player to give several orders at once to be carried out in succession. Until Build 251, NS2 lacked such a system. This increased the cognitive and action load on commanders, as they had to actively manage player objectives as soon as objectives were reached. No longer! 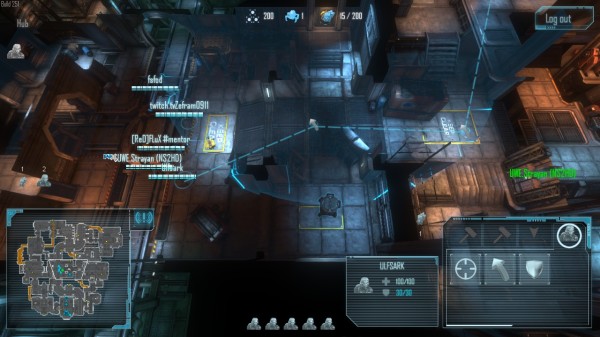 Queued waypoints to a group of marines in Tram Hub

The above example is quite simple, and involves just movement waypoints. The system is obviously much more useful when queuing movements with structure construction, attack, and other objectives.

Build 251 features a whole host of other features, fixes, and improvements. For example, shell ejection is back in (see below). There are also some balance changes hidden away in there. 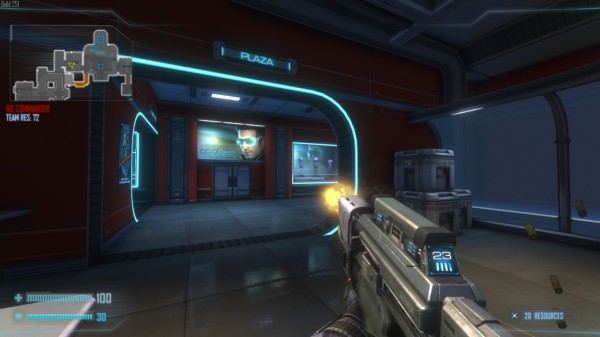 Shell ejection is back for added bad-assery

Of course, we know that the only reason you are reading this blog post is for the changelog. So here it is!

Explosions now trigger a slight camera shake
Added shell ejection effects to the Rifle, Pistol and Shotgun
Pickups are now prioritized by item cost
Added a link to a player’s Steam profile page on the player list page in the server web admin (Thanks CheesyPeteza
Spectators now have access to the request menu
Cysts can now be placed everywhere and all Cysts in between will be created automatically when the nearest parent is too far away
Added power indicator for Marine Commander when dropping structures
Added subtle view model rotation for wall walking Skulks
Added hidden mode for dedicated server, use the “-hidden” switch while starting the server process to use this feature
Added minimum life time for Grenades before they are allowed to detonate

Marines still lose 3 to 1, and you nerf us more?

I swear the devs are just like "Official statistics show Marines losing 3 to 1, but the forum whiners say Aliens are weak and Marines are OP...lets nerf Marines."

As if needing to hold down the Flamethrower on a skulk for 5s wasn't already stupidly long(Considering he can still 2hit you while you do this), you made it weaker?

Two full Mini-guns fired until over-loaded at an onos will just get rid of it's armor...and you make them weaker? When One Onos can take on two more expensive Exos?

Agreed, I wish the developers would just randomly start spectating rounds and see that Khaara just get overpowered more and more.Give marines some ******* slack or limit some of the stuff, Like onoses!Have one per 6 marines at least and lower its health or something.

i have to agree, i have not played for a while, but even with a good commander winning as marines was hard. and these are pretty big % changes.

this does seem very unfair to marines. just simply nerfing all their tech.

To put matters worse it has been going on for quite a few updates now.I don't know what the devs are thinking doing this stuff.

If the Netcode was good, it wouldn't be as much of an issue.

But, Skulks have a 120 degree wide cone in front of them < like this, anything in that chits, so they don't even have to aim, they can infact be attacking next to a Marine and still hit. At all tech tiers, Skulks can 2 hit Marines usually, 3 later on with armor upgrades. They attack super faster, no delay, and their movement speed is insane...coupled with poor netcode.

In contrast, Marines have their default SMG...which takes 10 direct hits to kill a skulk...the SMG fires in a straight line, with no recoil or spread...which would be ideal in real life, in a game with poor netcode like this...basically, you have to have perfect accuracy with the SMG to kill anything with it...while an Aliens skulk can kill your 70 resource Heavy armor like a total joke. ALl they have to do is run in a circle and due to the netcode, you'll likely never hit them, even if you predict their movements. So a 0 resource Alien creature can beat a 70 resource Marine unit, with ease...

Yet a Marines default unique cannot beat most Alien units...then we get Fades, then Onos...which it's just dumb when you consider how powerful an Onos is to a mech.

A Onos can take 10-15 seconds of being punished, even with shotguns, and GL, while killing structures and other units.

While, a much more expensive to get to unit, our Mechs, will die in 2-3 hits from an Onos, while even Mechs using up all their weapons til they over-heat, or even have an advantage of an entire hallway. I've had 2 mechs firing at an Onos, and that one Onos beats them both, even though all hits hit, for 30 seconds.

I bought this game in 2010, loved the first NS1, had bee playing since 2004, and bought it thinking "Wow, it's going to be amazing watching this improve."

So, 2012 rolled around, and they said release was soon. Confused me. Because from 2010 to 2012, little had changed. It still seemed nearly incomplete. I imagined they must have some huge content patch they had been working on, and planned for release. Release came, it was pretty much the same thing we'd had for the last two years. Still buggy, still unbalanced. They said all this could wait til post release.

I realize they have funding issues, and that they are Indie. The #1 reason they built their own Engine, they said, was for Dynamic Infestation, a feature that is still, a year after release almost, recommended to turn off, because it "doesn't work quite right", and causes alot of issues. They should have stuck with Source, finished NS2, reaped the profits, then used those profits to start building their own Engine, without issues of funding, and NS3 could be their own game. They jumped the boat.

I think something like that shows a huge issue. NS2 had a ton of hype...and a great premise...and yet...it's going to have less than an average of 500 players very soon...a year from now? two? NS1 will have more players soon. They touted mod support another reason for their new engine, allowing easier mods than Source...yet we're a year post release, and while I don't expect huge mods already, we've not seen any promising ones even pop up.

Again where do you get your data! have you even looked at the Steam Workshop page. Am i just imaging all the combat servers with custom maps?

Custom maps? That's a given for any PC game. Sure, people have gotten used not having them with Console games, but everyone knew we'd have em.

As for Combat? Really? Like you can even consider that a real mod. It's more like changing a few variables. Someone on the forums did it within hours.

The team put out three test mods to encourage the community. A fighting game, a survival game and a third I cant remember off hand

Show me these three.

I know off The Gaded, Which is a The Hidden clone, and is really not much to brag about, as the work done there is minimal, a few days of messing with LUA.

There's also that one Horror mod, which had a trailed over a year ago and has had no content since then.

As for a fighting game? Survival? We're talking still using the same content...they hardly made mods, they just added new game modes, which as developers is pretty easy to do when the content is already there.

They use some of the same assets and were all made over the course of a weekend. Again to encourage others. Unknownworlds.com The delovepers include their in house editing software and lua code manager with evrey copy of NS2 and have since the begining. I got to say that's pretty darn generous. What do you want from them? The game has been out for less then a year an you wonder why there havent been any total conversions yet? The game code is in lua. the potential is all there.

Can you blame the developers for the lack of modding community? If the engine is difficult to use what does it matter? Unreal 2's engine IMO was a pain in the *** compared to Source- yet still so many mods exist.

Except, the devs made the Engine, to be easily moddable. This was one of the features touted on their website, the "Ease of access modding with the Spark Engine."

Mikilbride, I don't think I've ever seen you make a positive post for this game.

Exos are 50 arnt they? Onos 65? (was 75 before balance patch) Where do you get your 3 -1 data? I highly doubt the game is that far imballanced when balance has been their #1 concern for this long. It certianly hasn't been my experience

Current ns2stats say aliens 57%. it always swings back and forth, and while currently isn't the most balanced (most imbalanced it has been in a long time) It's hardly 3-1. Once again i gotta put you in the trolling catagory.

Read the public stats, not the private stats.

afk, Thoes are the Public stat. unless you have a link somewhere. and of the pub servers which i suppose is the most relevent to you. Are you talking of competative stats? cause I think it's more even

Good stuff, the cyst system is rather splendid.

I bought the game during early June (During the 75% off). I haven't really played that much. It makes me sad that a game I waited to play, feels weird with balance to the point I don't know what I am doing wrong as a player.