So, we released Anodyne about 2 weeks ago, on the 4th. Things have been going pretty well - we spent the first 10 days or so of post-release reading some nice reviews, and hearing thoughtful comments. Been a bit of bug fixing (controller support is being attempted to be implemented...), uploading new builds, etc!

We're 50th on greenlight! And the next day of greenlighting is the 26th...exciting :)

There was also the interesting event of our game being pirated - and then deleted from The Pirate Bay - and the re-uploaded by myself. And then the very interesting event of having Anodyne featured on the front page of The Pirate Bay, and then having a $1/$1.50-min PWYW sale for 72 hours, which gained a LOT of new fans - both through the sales and purchases (which I wrote about) . I also wrote a bit about my thoughts on the whole piracy situation.

Both have garnered a lot of press attention, and now there are a LOT of Let's Plays being made, as well as even a Wikia and a GameFAQs community (someone even wrote a FAQ! Wow!)

Additionally, the soundtrack has been released and people have generally liked it so far. If you'd like, you can pick it up for $5 at my bandcamp. .

Also, the game is now purchasable through our humble store for $9, or the game + OST for $12! (Or you can even buy it right here on Desura!)

And, that's about it. If anything big pops up I'll be back to talk about it!
Cheers,
-Sean 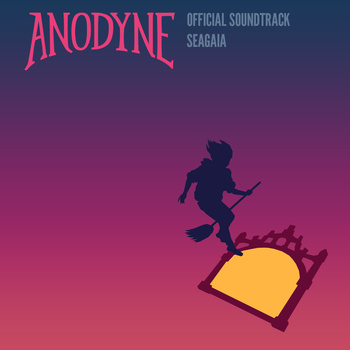 As soon as I get money I am buying this.

Liking the game so far, nice atmosphere. The piracy thing is an interesting situation, and it mostly makes sense to me, thanks for sharing.

Silly question, but how do you center images in news articles like that?

Wasn't sure myself - happened automagically with the image button - HTML is

with the center BBCODE tags (square brackets) around the html