An open world RPG with a branching plot, multiple factions, fast & brutal combat by the makers of Will Fight for Food!

After releasing Will Fight for Food about half an year ago, I've been collecting feedback and working on a title that improves upon it in almost every way. "Unrest" - an open world RPG is that game. 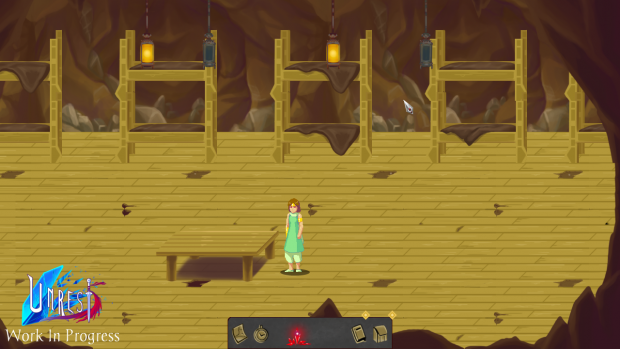 Unrest takes place in an ancient world that's inspired by the architecture and style of ancient Japan and India. The continent is divided into three regions - the mountain city of Issniya, the coastal city of Eldocia and the forest tribes of Kelvari.

The player will play a crucial role in the struggle for power and the impending battle at the bridge. They will need to harness the power of gemstones - with the correct harness, the right stone can enhance a person's power and intellect beyond the limits of the human body. 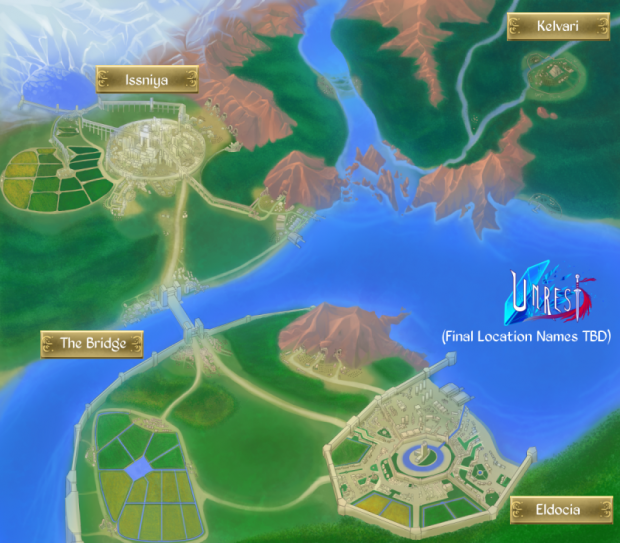 Like Will Fight for Food, a key aspect of Unrest will be the conversations between characters. We have taken a lot of feedback about Will Fight for Food's unique conversation system, and have expanded on it. Now, the player can choose their tone in every conversation to perfectly role play the character they want. They would do well to watch their words around powerful people though - lords and kings aren't exactly known for their tolerance and good humor. 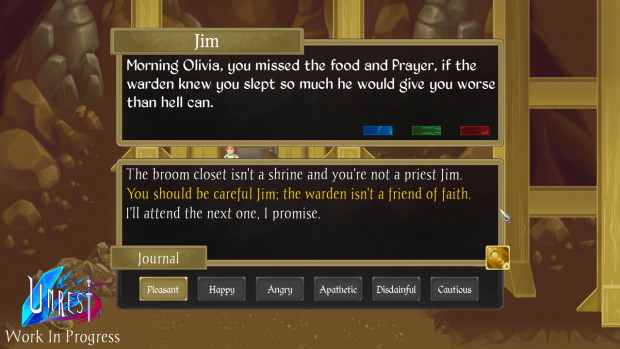 The levels in the images are from the starting level of the game. How you managed to get there is a story for another day! I'll also have more details on the conversation system as the UI takes shape!

Thanks a lot! It's inspired by things really close to my heart, so I hope it turns out great. :D