Post news RSS Aetherius is not Minecraft, here's why

With so many voxel games showing up lately, many people might be wondering what makes Aetherius so different. Its just a Minecraft clone right? Well no, the voxels themselves were inspired by Minecraft, but the rest of the gameplay and content has been designed over the last ten years.

With so many voxel games showing up lately, many people might be wondering what makes mine so different. Its just a Minecraft clone right?

Aetherius is a voxel game, you can destroy blocks, and you can place them again. That is where the similarities with Minecraft end. This game is pure bred RPG. The idea came about when I used to play games as a kid. They all suffered from one common problem; they ended.

Aetherius plans to introduce a vibrant, comprehensive, deep and believable world that is different for every player, for every playthrough. NPCs will have stories, and relationships, and needs, and reputations. The "your princess is in another castle" bit has been done to death. Aetherius will generate quests on the fly from a set of rules and syllabi. For example;

You're in a town in Aetherius. You come across a shop; good, you think. You needed some more arrows and you're too lazy to make them. You head on in. In the corner of the room, there are a couple of seedy looking fellows engaging in hushed conversation. You only catch some of it - a very small portion: "Abandoned tomb to the far west ... valuable trinket ... dangerous". There is no quest notification, but at the point you heard that conversation an abandoned tomb was generated, at the nearest world area that had not previously been generated. A boss or booby traps were generated, and so was a valuable trinket. Whether or not you explore to the far west is up to you. But if you leave it for too long; you might show up and find dead seedy fellows, or you might find disarmed traps and no trinket. 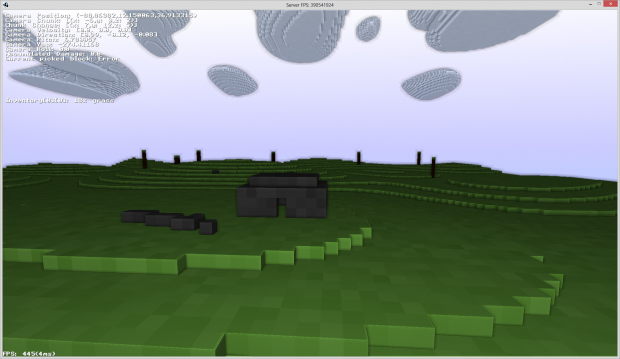 Aetherius revolves around a sense of story and engagement. There will be no "main story" or "end game goal" - instead there will be a few dozen. "Slay the dragon", "Imprison the evil warmage", "Find the Amulet of BlahBlah". The details of these quests will change every time you create a new world and character. The templates in use are so robust that you should be able to play several hundred hours and not feel that your game is getting repetitive. There are hundreds of NPC personality traits that can be combined into millions of permutations.

Levelling up will be a major part of Aetherius gameplay. But not in the traditional sense. No "you killed a slime, here's 120 experience points". Instead, the more you use a skill, type of item, perform an action; the more proficient you become with it. There will be no level cap. Some planets in the far reaches of space may have super high gravity, and you may need a good jumping proficiency with some super strong armour to survive there. The universe will be littered with small pockets of extreme circumstances. Just for the challenge. 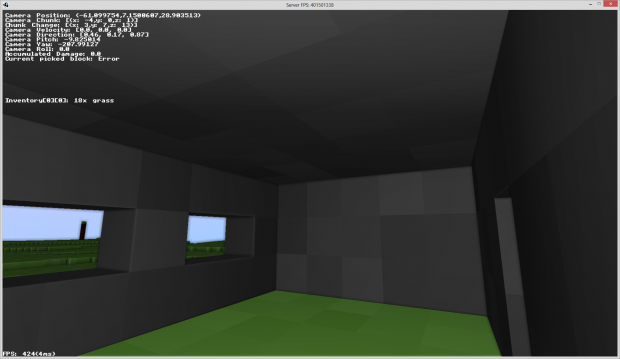 All of the content in Aetherius will be one of two types; procedural or handmade. When you start a game, you're given the option to turn certain features, sets of content, story modes, mobs, building types on or off. The game will ship with an in-line Modder application that will allow you to create stories, 3D voxel models, quests, buildings, hairstyles for NPCs to generate with; all of the vanilla handmade content will be made with the exact same tools that are available to the public. All of the vanilla content will be optional from the start, also.

The initial release with NPCs, Inventory, Time of Day, Mining and Building, and a fully functioning Modeler application is expected next week. :D

This is Aetherius. Not Minecraft.

Cant wait, ignore the retard above me tho!

You know...if you're having to tell people that your game isn't minecraft, perhaps you should start to think about making some changes.

+karma to Terran up there^

Respect for overdoing xp but why do you still need levels. To determine generated quest difficulty? Then you will step in same sh... with Oblivion/Skyrim when peaceful player gets powerful enemies while grows through levels using non-combat skills. Better to determine difficulty by reading corresponding skill levels. Also with this approach you can add new skills indefinitely with no lose in balance. Something like Ultima Online would be nice. Also you wrote "SSAO (very proud of this one, its the effect where edges are highlighted and corners are dimmed)". You may want to contact with Boris Vorontsov famous creator of ENB series for help with this. He just implemented new supeduper SSAO algorithm he wants to put in some new game. Worth a shot.

Hey, I didn't mean to imply "levels" so much. I meant every individual skill will have its own level. Your farming skill wont have any baring on your combat skills. :-)

Sounds interesting. One concern though is that I hope you have a VERY wide variety of quests because otherwise it will get stale and repetitive after a long time (especially if this game is meant to never "end"). Hopefully having procedurally generated quests will not hamper this as I do understand there is only so much you can do without providing specifics. As for enemy scaling, since it's an infinite world, maybe have enemies get tougher the further you venture out? That's what 3079 and Cube World (once it's released) are going to do and that appears to work since you can stay in a comfortable area until you are fully read to advance.

Thats right, we plan to provide an absolute tonne of content. In all areas, fuel for quests, npc variation features, landscape types, etc. The engine is built around easily adding and removing content.

I just made an article about the modeler application that you might like to read. We're supplementing our content, with the ability to create and share your own as well. All of the in game content will be made with the same tools that we provide alongside the game.