This is a game where every you survive by hitting zombies with watermelons. Give it a try!

I (Nabil Sekirime: "Founder") could start this off by spouting off about how great this game is and start dropping links to various outlets and pasting a pre-made document but I want to give a true sense of what +5 Charisma Games is.

We are a group of college kids (Just finishing our first semester when this was written) who enjoy gaming to the point that we want to put our lives into this. What we want to do is create games that are enjoyable and push the medium forward. This scales from little arcade games that aren't Skinner boxes to Large scale RPG's that make the player question their morals. I want the world to see games as more than frivolous little creations of toy-makers. So why does all this matter. Why am I writing an exposition dump into some of what is behind the name +5 Charisma Games. This is because I am working on my first game for actual release and I hope that I can get feedback from the gaming community.

alright here is the actual information about the game

A Game With Watermelons

This is a game where every bit of combat involves a watermelon.

Note: Everything said past this point is of the planned final product

A Game with Watermelons is a 2D Side-Scrolling Zombie Survival game in which you play through an assortment of characters and maps trying to last as long as possible and complete challenges.

This game was the result of the ludum dare 32, where you had to make a game with an unconventional weapon. So originally to poke fun at some of the stereotypes I suffer from as an African American male(An provide a somewhat satirical social commentary) I created a game where a black guy is running around fighting off zombies with watermelons. Alas I left my charger in my high school art class and my laptop died before I could turn in the game. But I still had the code. So I am going to continue on with this game with one goal in mind with it: make a game that I would enjoy if I wasn't the one releasing it 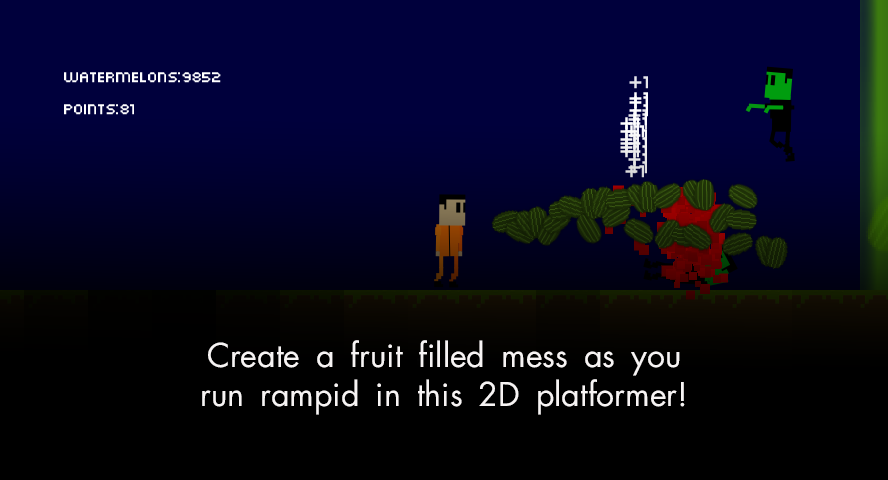 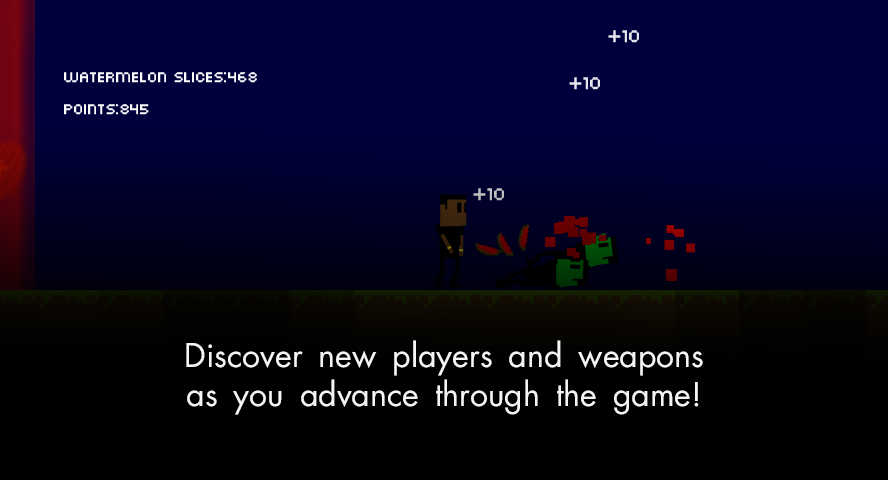 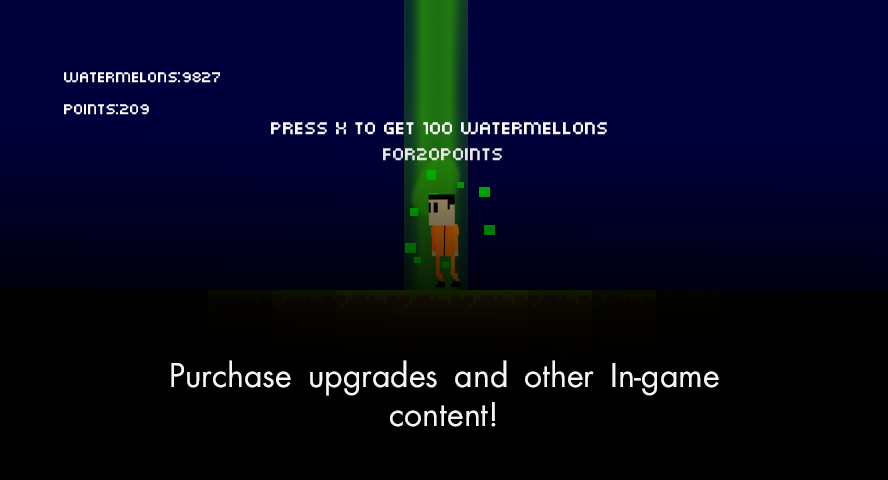 Alright you have a game, now what?

I have been told by friends who are alot more further than me in this medium and watched in interviews of indie developers to begin testing as soon as you have something playable so this is the real scheme behind writing this. I have started alpha testing for this game and hope whoever is reading this can take a minute of their time to give this a download.

Link to Alpha: A Game With Watermelons: Alpha Testing