Battle through the alps in this WWI-inspired side-scrolling strategy game.

Trenches of War has been improved and moved to Android. Learn about the game, and Android-specific changes, here.

Posted by Vashta-Entertainment on Sep 12th, 2015

Trenches of War was originally released for web in August 2014. A little over a year later, it made the move to Android. This is a side project I have been working on for a few weeks.

This transition was mostly an interface overhaul - larger, more spaced out buttons replaced the small text of the web version. Text-based tutorials were removed and replaced with glowing buttons. Powerups were displayed in a much more understandable way.

This move also implemented some of the feedback we received from the web version. A "continue" button was added, which makes it easier to progress through the levels. Levels are now a linear progression, whereas in the web version levels were unlocked using a point system.

Let us know what you think, as well as any features you'd like to see added. 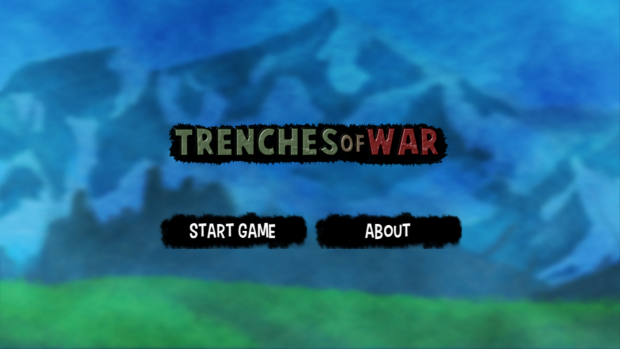 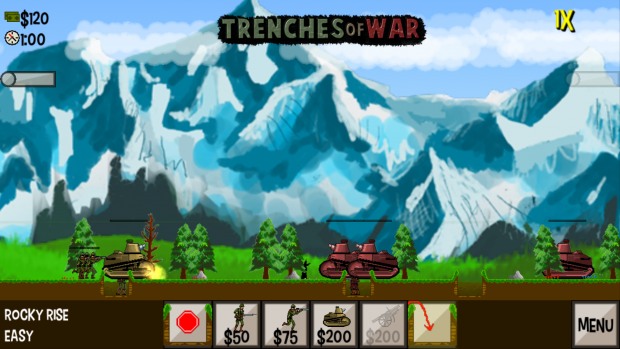 It is not a bad game, dont know why so many bad reviews on gplay. Dont bother with that, keep working. Will be a great game someday.

We have some known issues with small resolution screens that we're trying to work out - glad it works well for you. Notice how polarized the reviews are, I'm actually finishing up a big bug fix/tutorial update right now.

I don't know wath language you code the game in?
But check for any aspect settings because it could be a problem on some devices.
I think phones like Samsung s8 have a weird aspect ration that causes some problems.
It cause some devs i know problems with that pixel 0 ended up being something weird -232 pixel or something.

Well the graphics look nice! :) Have to download it and give it a try

This reminds me of an old browser game I used to play. I will give it a go.