The Westport Independent is a censorship simulator about the last weeks on an independent newspaper which is to be dismantled according to a new government bill. You play an editor in charge of choosing what will be printed in the paper, making sure that the content is nice and proper according to the government guidelines. With rebellions against the government rising slowly amongst the public, whose thruth will you print?

An introductory post to a game about censorship, management and newspapers.

The Westport Independent: An introduction

The Westport Independent is, to put it short and pretentiously, a narrative management and censorship simulator. You are an editor on The Westport Independent, one of the last independent newspapers in the country. This will soon change though, as a new bill has just passed that pretty much shuts down every independent newspaper still around. There are a few months until the bill comes into force, and it’s up to you to decide if you plan on taking a stand or not.

The original version of The Westport Independent was developed for Ludum Dare 29 in 72 hours. The game has since been featured on various game sites, such as Rock, Paper, Shotgun and IndieGames.com. The game jam version of the game is available online, and can either be played here, or you can find a standalone version in the Downloads section. While the game jam version is the base for what we’re working on now, it’s only a shell of a game. We have a number of changes planned for the full release of the game. 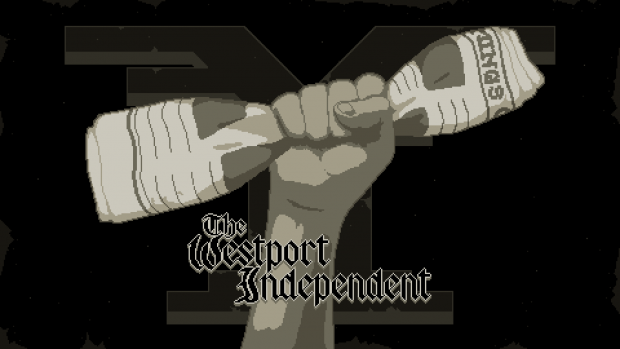 Changes for the full release

First of all, the original game jam game is made in Unity. Whiles Unity is great for 3D games and to some degree 2D games, there’s still a lot lacking when it comes to making pixelated games in Unity. Unity has a hard time with stuff like pixel snapping and proper scaling, so for our full release we plan on switching to making the game in Haxe. Not only is Haxe great for pixelated games, but it also gives us a wide range of variety when it comes to multi-platform releases.

We also plan on adding quite a large management element in the game. This will include things like making sure that the paper survives economically, how much to be printed in each magazine, sending money under the table to gain favor with different factions etc. All of these management elements will provide more depth to the game, and they will also they will also relate to the main mechanic of the game; Censoring articles. This is important to us, otherwise these new features would feel tacked on and wouldn’t support the point of the game. 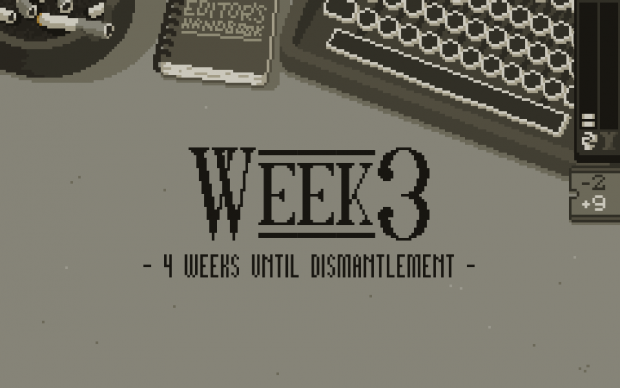 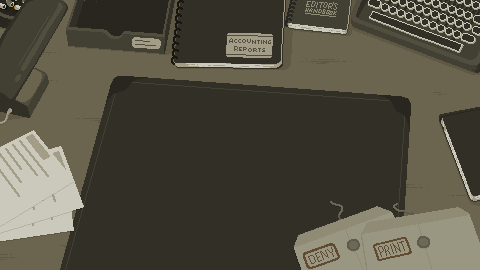 With these new features, there'll also be a lot more information that the player needs to have access to at all times. Because of this, the resolution will be musch higher on the retail version, as this means that we can fit more information on the screen at any one time. Don't worry though - The game will still keep its pixelated art style. It just won't be upscaled to the same degree that it is now. 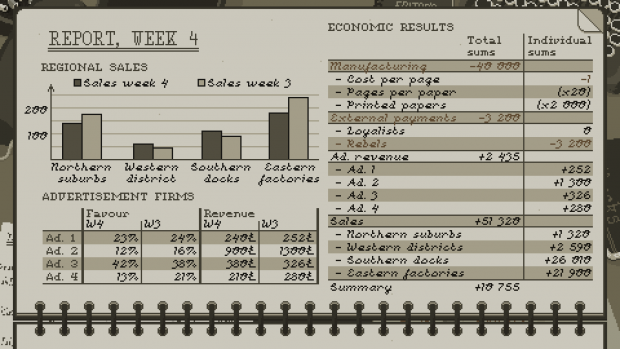 An example of how much more information that will be given to the player in the full release.

And that's pretty much all for this introductory post! We hope you enjoy what you've seen here, and if you're interested in the game, be sure to follow us here and/or twitter, and we'll see you next time!

Sounds a lot like a more involved Republia Times. :)

When we developed the original jam version, we were quite inspired by Papers, Please, yet we hadn't heard of Republica times =P (People soon pointed out the similarities between the games when we posted the game on the LD site).

We really like the concept of a censorship game, so we thought it'd be interesting to make a full release!