The "Terminal Angel Disease" is a Role Playing Game with a 4-piece party. Wander around on tile-based maps and fight against baddies in a mix of real time and strategy combat system. Epic story with lots of old-school moments and - of course - hundreds of items to loot. Please support us if you like and become a Fan on Facebook, where we post also first and frequent information! www.facebook.com/TheTerminalAngelDisease

A new feature is on the way: The Quest-Chicken logs the quests for the party in a convenient ToDo-List style

Revealed: The game now comes with a convenient QuestLog, where open and already finished quests are listed. The golden Quest-Chicken at the top of the screen quacks if the party gets a new quest, and glitters if the quest gets solved. We even get some more coins then! The feature was inspired by our fans, and all texts in the screenshot are taken from actual quests! ;) 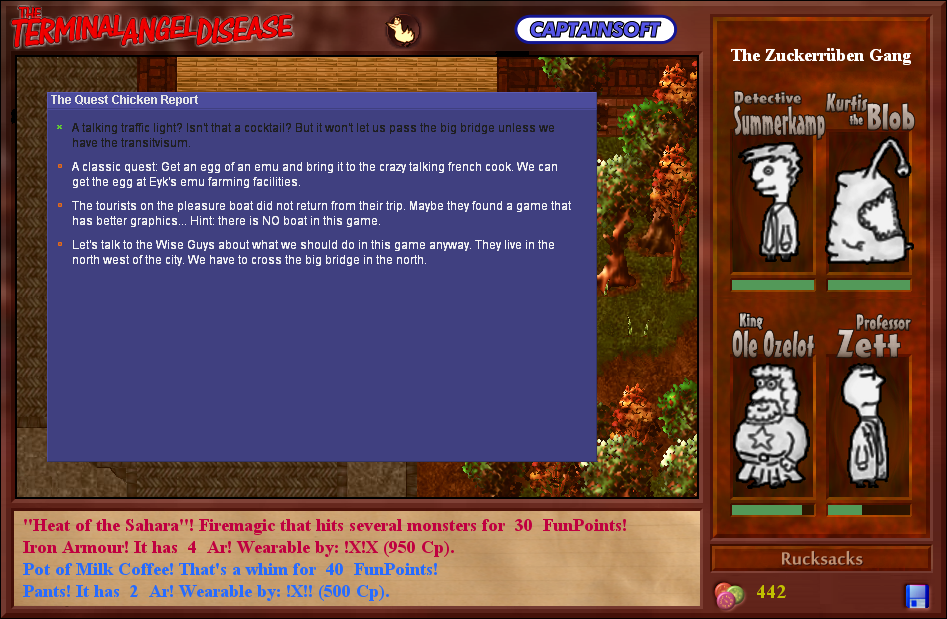