A status update for Space Ranger ASK on Steam Greenlight, and also a little explanation on how the Mining Tractor Towers work.

Space Ranger ASK has been on Steam Greenlight for 4 days, and it's been very exciting for us!

So far, almost 600 people voted YES to get the game on Steam, and we had a lot of positive comments, which is really awesome!

Unfortunately that's far from enough to get the game Greenlit, so if you haven't visited our page already - please do by clicking the link below. And please help us by spreading the word if you can, we need all the help we can get! 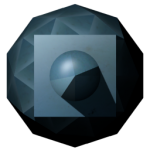 We had a few questions on how the Mining Tractor Towers actually work, so i thought i'd elaborate a little what they are all about.

Some of the Missions in Space Ranger ASK require you to mine a certain amount of Asteroids, but your guns just aren't powerful enough to destroy them. That's where the Tractor Towers come in.

The towers helps you haul Asteroids towards the Mining Station, which has some really badass lasers that will Mine anything! The Towers communicate with each other when near, and automatically decides which direction it will transport the Asteroids. There need to be at least 1 tower near the Mining Station, or your transport line won't work. 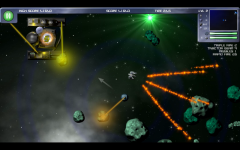 You pick up the Towers as any other Pickup in the game, and then deploy it by pressing the Fire Button. If you need to re-deploy, just shoot the tower and it will turn back into the Pickup.

The towers has ranges, which is visible when you fly near them. You need to position the towers so the outer rings overlaps, and the tower near the Mining Station needs to have it within the outer ring. It will grab any Asteroid within range, and start hauling it when it has a valid destination. 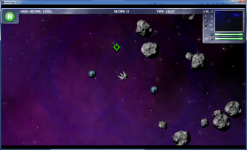 Once a tower can 'see' either the station or another tower nearby, it will show an arrow which indicate the direction it's gonna transport the Asteroids.

So, in short... Pick up the towers, fire to deply, shoot them to pick up and redeploy, and position them within each others ranges. Once they are set, they will transport those hard-to-kill Asteroids for you!

We also included a Mission called 'Mining Tractor Towers 101' which teaches you everything you need to know in a nice, casual way! =)

That's it for today - thanks for reading! And PLEASE help us by upvoting the game on Steam Greenlight.