Revenge Of The Cats: Ethernet is a free experimental online multiplayer FPS with unique gameplay: Alternate between the pure energy "ether form" and the physical manifestation called "CAT". Capture territory and defeat enemies using a multitude of weapons, grenades, and target-seeking discs that can be deflected and steered around corners. Thanks to the territory capturing and the fact that you can only change into CAT form on friendly territory, this game is much deeper than your usual abstract shooter.

Thanks for voting and helping Revenge Of The Cats: Ethernet on it's quest to become the 2021 Indie of the Year. You are now in with a chance to score some free games. Help this game secure more votes by embedding the widget (or link) we have included below on your favorite sites.

The IndieGoGo campaign has reached its goal. There are still a few hours left to further pad its budget and claim perks (including swiss chocolate).

Thanks to the donations from people of 15 different countries, the IndieGoGo crowdfunding campaign to resurrect ROTC: Ethernet as open-source project has reached its goal. Actual development will start soon, so stay tuned.


Here's a graph showing from which countries the donations to the campaign originated so far: 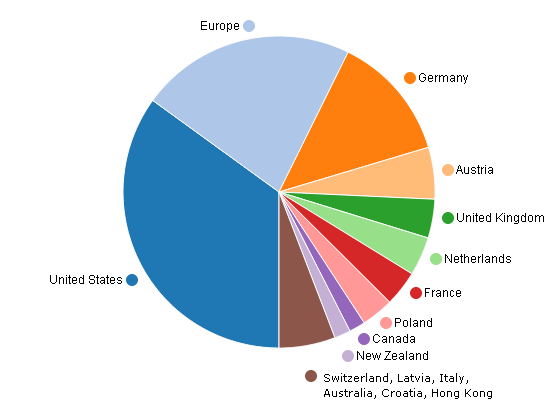 The campaign has a few more hours to go, so it's still possible to help pad the budget of the game and claim the following perks:

Sweet Personal Thank You (donate $25 or more) [claim this perk]

In addition to everything from the "Player / Developer / Supporter" perk you'll receive a personal "Thank You" postcard from the developer and a bar of pretty decent Swiss "M-Budget" chocolate. The chocolate, although inexpensive, is hard to obtain otherwise outside Switzerland (being budget and all).

You'll get all the other perks plus the opportunity to suggest a name for the game. The final name will be chosen by putting all suggested names to a vote among all the people who have claimed at least one perk.

Thank You to everyone who helped make this happen!

Very nice and Congrats on the Successful fundraising!

what about me, i am argentinean

The graph was provided by IndieGoGo. According to them, nobody donated from Argentina or Kazakstahn so far, sorry.

i was always as intrigued as i was confused by the game.
I was only able to play with others two times but and sad to never experience the potential it had and master properly master it's techniques with other players.
The music in the Prototype 4 Gameplay vid was also awesome, watched it often just to hear it synchronized with the abstract visuals of the game.