In the medieval Europe, to be the younger brother was a harsh business. The elder one often saw you as a threat - so as fast as he claimed his lands and title, he cast the younger siblings out or even killed them.

A medieval adventure with your friends? You are in the right place

Welcome to the first pack of information about Raubritter the medieval co-op survival. You can find it on steam - right here - Store.steampowered.com

Historical background, story and how realistic the game is:

We start in a valley on a virtual Polish-German border. So you will feel like on a medieval border, but don't try to establish where it really is, because it does not exist. We took this path – so nothing could block our ideas and to make it logically into an open world, but closed by the borders of the valley environment.

The game takes place in the spring/summer, year 1303. It is a very complicated time for our region. We have a Czech King on the throne of Poland, and he is not liked neither by the Pope, nor by the Polish prince Vladislav the short or the German Holy Emperor Albrecht I Habsburg. And you are placed in the middle of it. 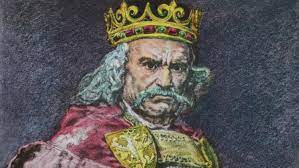 Our hero is a noble man. On purpose, we do not state if he is Polish, German, English, Czech etc. So you can choose it for yourself.

He decided not to banish his younger brother, and for that he repaid him with a stab in the back. Only a loyal servant rescues us and evacuates us to the earlier mentioned Polish – German border. So except surviving, the main quest is to reclaim your homeland, for which we have a small story line prepared. How you can achieve the goal you will learn in the game. But there are at least 4 ways to „finish” the game.

So how realistic is the game.

Armors and swords – We were trying to keep it as historical accurate as possible, but we made exceptions to give the game a little more variety. Food in game – Food and „potion brewing” is pretty realistic. You can think – WTF how potion brewing can be realistic. So we based the system on real plants and their real properties. Of course, for game purposes, we made them much stronger, so you don't have to drink them for 3 months to get better. But if you know real life herbs you will fast figure out what to use to get better, if not, the game will try to tell you that in stories or books.

According to food, we made sure there will be no food in game that is not medieval – like things we all good know, but they were not here. For example potatoes. Our alcohol is made of honey etc. The food rots overtime. But you can prepare rations (dry meat) that will not decay.

The survival aspect of the game

There are so many games of this survival type, almost all of them pretty decent. But we wanted to approach the survival aspect from a different angle.

As we are in medieval Europe, and we are knights. Surviving alone – a place to sleep, getting food and water are not really a problem. Clean Rivers are everywhere, there are plenty of forests and animals. So this part should be pretty easy for you – especially if you played this type of games before.

We decided to center the survival part on the combat itself. So bears and packs of wolves are deadly opponents. The forest is full of other robber knights that want your stuff and life.

You have to care for your equipment like oil it, sharpen the sword, clear it from rust etc. (The graphic of rust on the weapons will come later for now it is just a % value in the inventory) 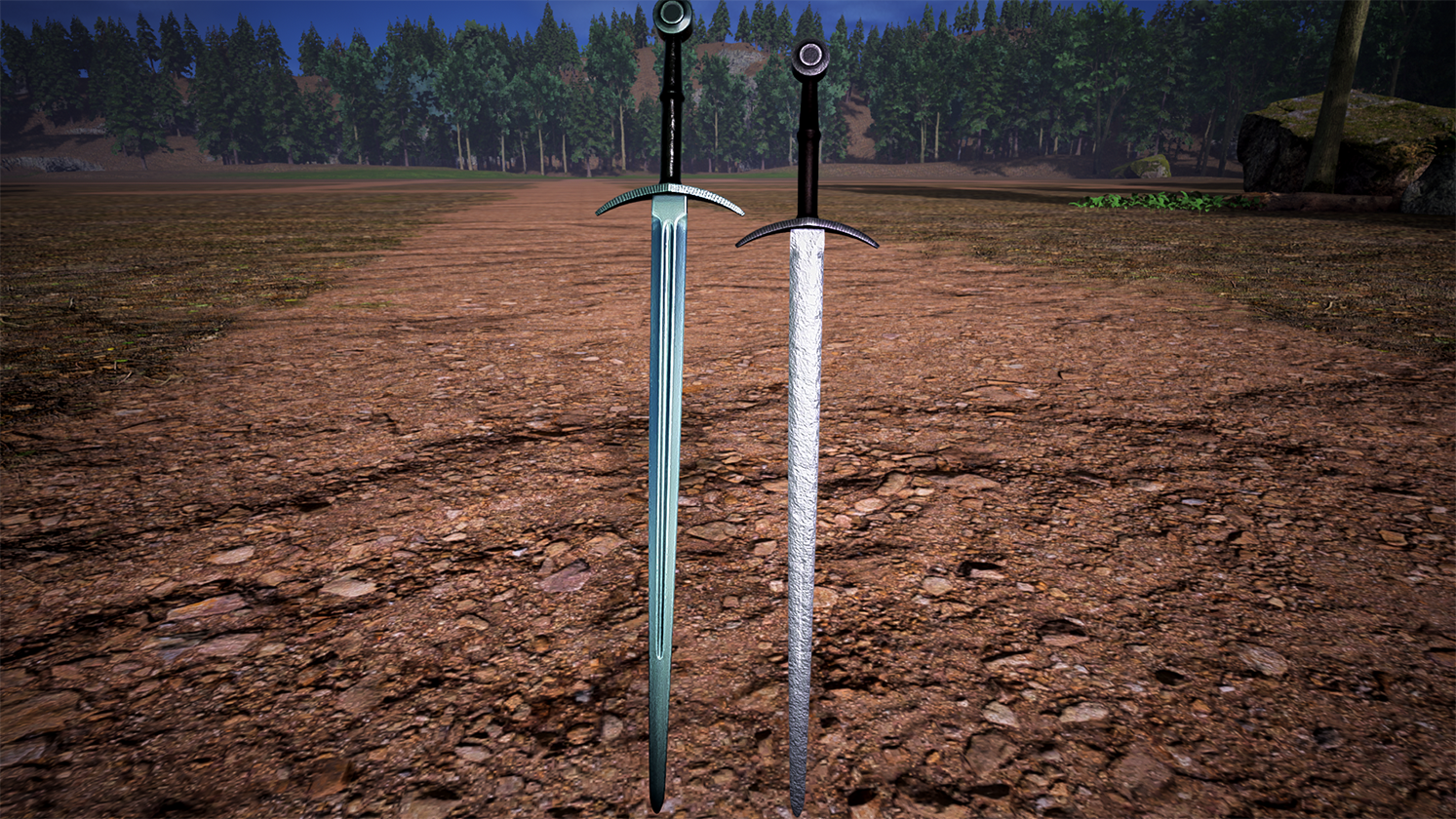 Every combat you decide to take part in may lead to your death. Not only because the enemy can kill you, but not treated wounds may lead to an infection, bleeding. You can get poisoned or sick.

So it is important to be always prepared and learn to fight. Especially blocking.

In the final version, it is meant to be something like chivalry 2. For now, it is pretty close. So thrust, upper hit, left right. We should be able to finish the kick before Steam festival on 13 June.

But a lot of work left on the accuracy of the blade move and the block. But still I think it is pretty fun already, I hope you will share my opinion on it.

There are of course crossbows, bows, and spears. Just for now it is a slow AK-47 riffle there is no gravitation for the arrows, but this will be fixed soon.

We also plan to add cutting of heads, hands, etc. But this to be fun we have to first fix the accuracy on the blade and that might take some time.

You can upgrade your weapons from iron to steel, you can sharpen them, or you can poison them.

The rest of things regarding the fighting system we left for you – our EA fans, to figure out. But we will not go into Witcher style, or any fantasy styles, the only ideas we will accept must be strictly medieval. So, for example, make blunt weapons better against full armors than swords – No problem, done.

Make a knight in full armor roll two Times and then a powerful hit to the ground making the earth shake. - Sorry, No way. 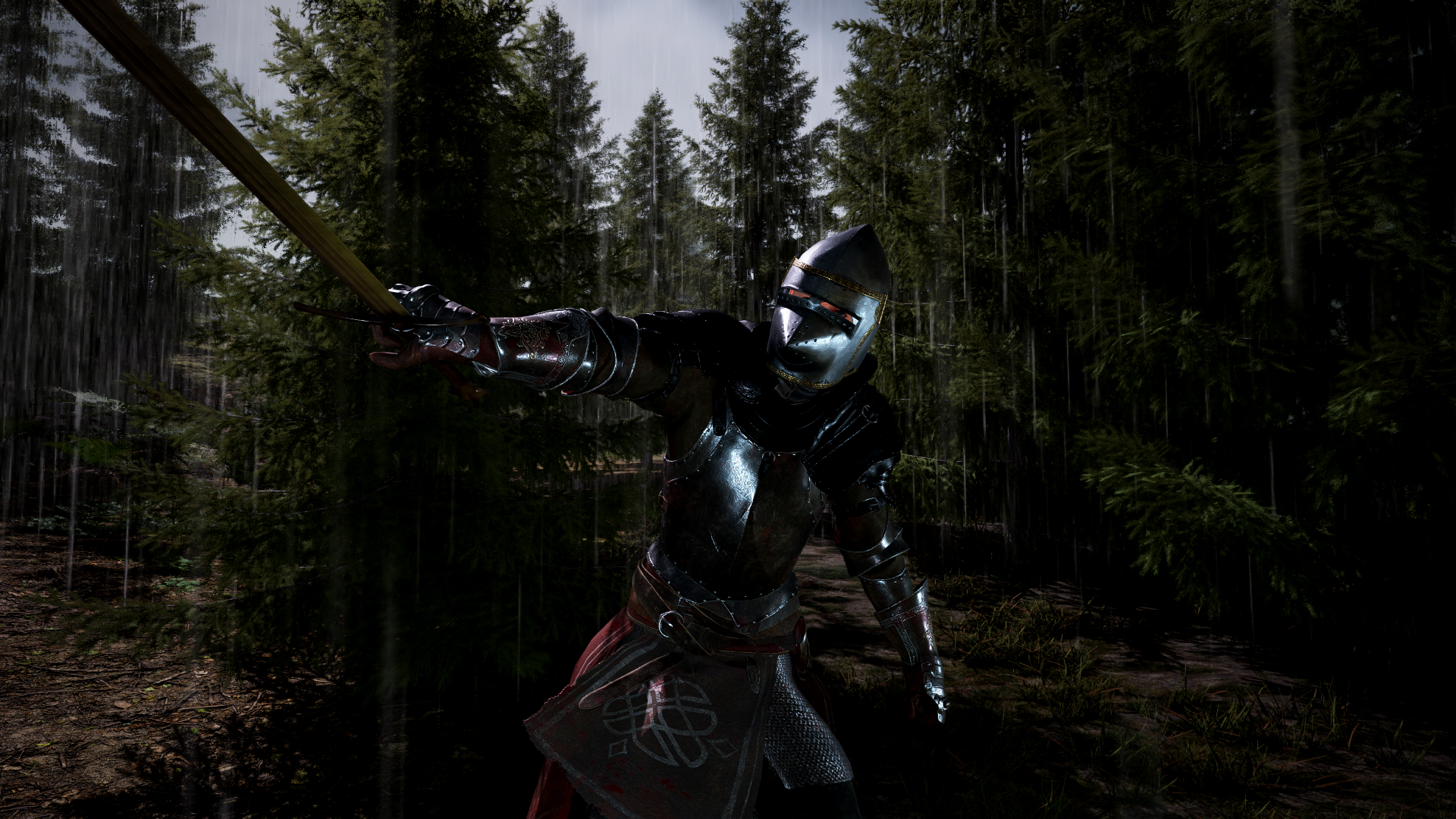 Just so you know. What you can expect from the Ea. We are very open for ideas. But we also want to keep it as medieval as possible, but without spoiling the fun.

So the main rule FUN comes first, but let's try to make it as realistic as possible.