A side scrolling, running and dashing game for the Iphone and Android devices. You will dash through walls and enemies while avoiding hazards and traps. Oh, and did we mention that the screen justs keeps scrolling? You better keep up!!

No it's not a sequel! It's the biggest update yet to Super Bit Dash! New characters, powerups and more than 30 new levels!

Super Bit Dash 2.0 update is coming and it will be our biggest update yet. What's taking us so long you ask?

Well... Migrating the code from Cocos2d to CocosX so that Android and iOS updates come out at the same time - no ports, no delays! We might be ipodtouch gamers but we're android phone users, so this is a much needed change ;)

Android version will be available as soon as we iron out all the bugs.

Well, for starters you'll be able to buy new characters with the coins you collect in game.

- Many new colorful levels (some already in the last update.) 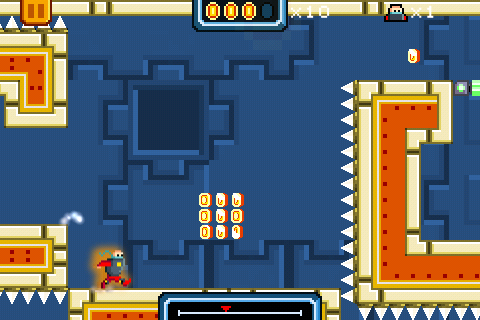 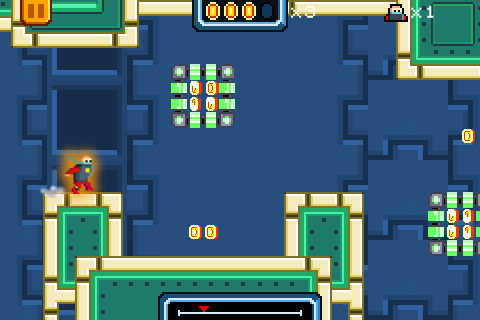 Upgrade your character and get powerups to reach those highscores. Common, you know you want to...

Those were the news!

We are super exited with this update. Keep an eye out for freebies coming soon by following us on Twitter and Facebook

Thanks! Can't wait to make our way to the little green one. I wonder if we can make the Android mascot a playable character...