Masterspace v2.4 has been released, introducing a new soundtrack as well as an improved system for character customization.

Posted by MasterTechnologies on Jan 25th, 2014

Masterspace v2.4 has been released, introducing a completely new soundtrack composed by Roland La Goy. The soundtrack consists of 10 in-game tracks, as well as a new main theme, and is composed in an Early-Electronic style. Most feedback has been very positive and the music fits well with the general style of the game.

You may listen to the soundtrack for free here: 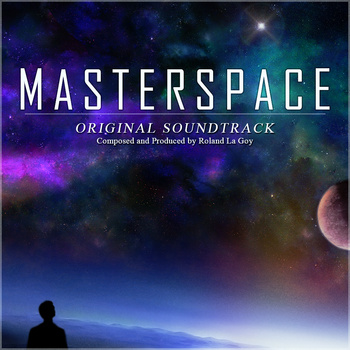 This update also provides an updated character customization system, including a lot of new equipment as well as the possibility to customize facial features. To be more in line with the Masterspace setting, which mixes primitive technology with science fiction, a new range of medieval themed equipment has been added. 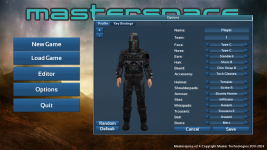 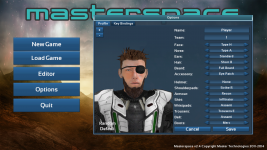 There has been conflicting feedback form the community about the frequency of meteorites, number of storage slots and the possibility of permanent death, etc. To remedy this, I have decided to split the game into three different difficulty levels, which may now be set in the frontend. Hopefully, this will allow players with different tastes to enjoy the game. An overview of the different difficulty levels is listed below:

Another new feature is saving of client data in multiplayer, which means that the inventory and allocated perks are saved until the next connection. Any new perk points from the team will be awarded retroactively.

New items include new upgrade levels for the shovel, as well as a tool for quickly making tunnels without gaining any resources. Production may now also be reversed in most objects and tooltips have been added for the materials in all crafting menus. Finally, a lot of bugs have been fixed along with the implementation of new minor features. For a complete changelog, please see below.

Will you add NPC quest or City ?