Masterspace v1.31 has been released, introducing new materials and objects, as well as an improved production screen. It is now also possible to move objects around and the planet generator has been updated to support different planet types. Additionally, a lot of bugs and crashes has been fixed and the performance has been improved.

Posted by MasterTechnologies on Jun 27th, 2012

Masterspace v1.31 has been released, introducing new materials and objects, as well as an improved production screen. The new production screen supports more than one product per object and includes additional information and a progress bar. New objects include elevators, solar panels and an advanced material maker. 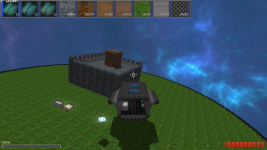 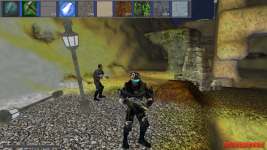 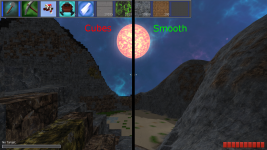 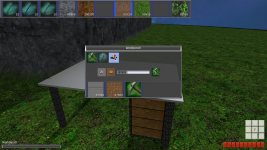 In this version, the world rendering has been updated to support texture arrays. This means that the limit of 16 different materials in the world has been lifted. A lot of new materials have been introduced in this release, including advanced starship materials such as graphene plating and power distribution grids. New terrain materials have also been added, such as ice, snow and lava. To accomodate these new materials, the planet generator has been updated to support different planet types, depending on parameters such as temperature and age.

To upgrade to the full version (for paying customers), please download and run this unlocker (requires login). Please note that the unlocker is version specific and you need to run this after the v1.31 installation, regardless if you have installed another version of the unlocker previously.

Additionally, a lot of bugs and crashes has been fixed and the performance has been improved. Another improvement is that it is possible to move objects around using the "q" key. It is now also possible to enable cubic rendering as an option in the launcher.

Limitations in the free version