Update 1.1 for Masterspace has been released, introducing support for saving and loading games, as well as user-created scenarios.

Posted by MasterTechnologies on May 11th, 2012

Both the full version and the demo has been updated. The downloads may be found in the downloads section at the Masterspace website. Users who are already running an older version of Masterspace may update the game by extracting the patch archive to the installation folder.

You may also download the Masterspace Demo v1.1 here: 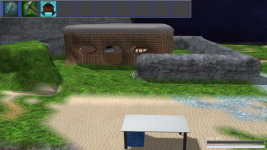