Recently, the HTML5 Canvas 2d rendering context spec was updated to support blend modes to be specified in the globalCompositeOperation property.
Lugdunon's previous lighting model was not optimal due the fact that the lighting layer was simply laid on top the game world. This caused a 'washing out' effect with bright, or colored lighting.
Now, the lighting layer can be applied to the game world via a multiply blend operation. This finally creates the effect that was initially planned for when the lighting implementation was first written. 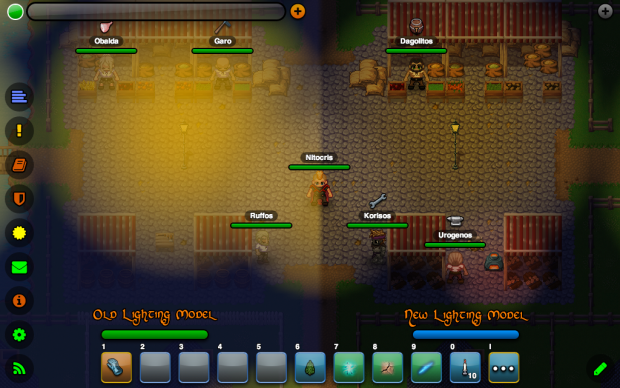 The most exciting new feature is that GMs can now edit every aspect of their world's quests from within the game client itself! The quest editor was designed with extensibility in mind, and new quest requirements, and conditions can be implemented by nodders and will integrate seamlessly with the existing system. A simple form validation system was also included as part of this update, in order to make custom UIs that much easier to implement in the future. 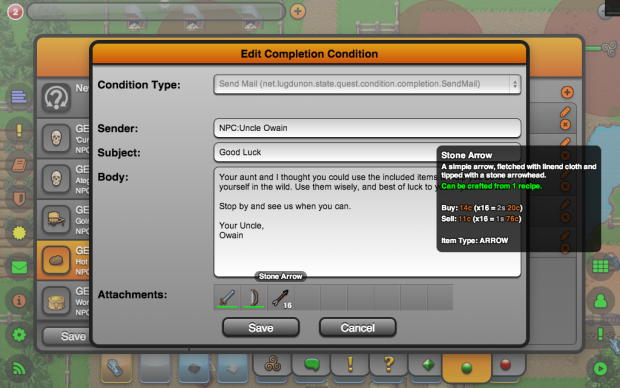 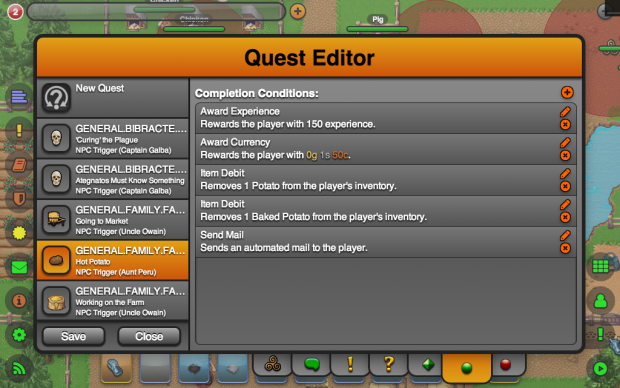 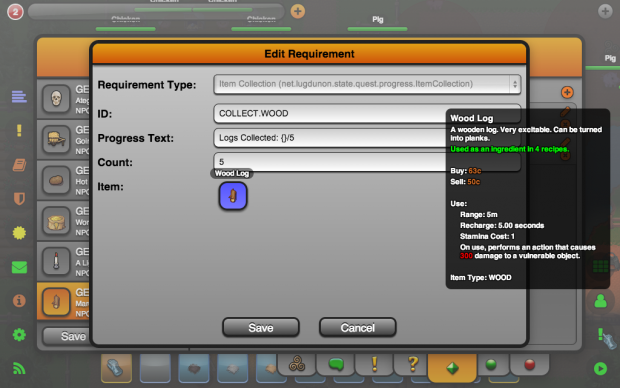 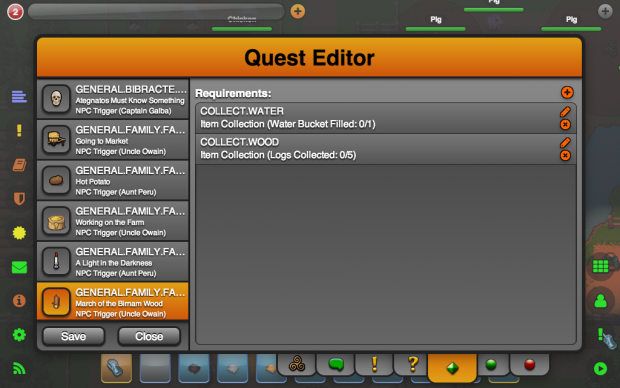 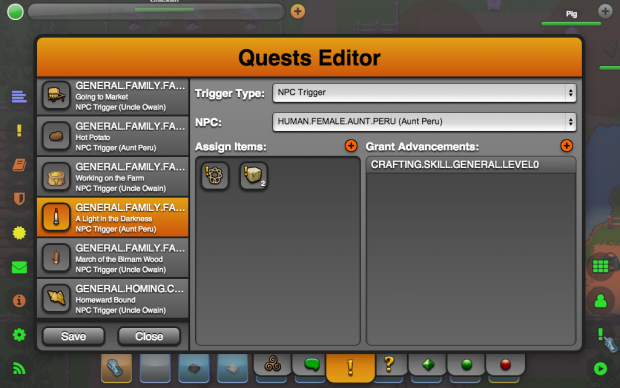 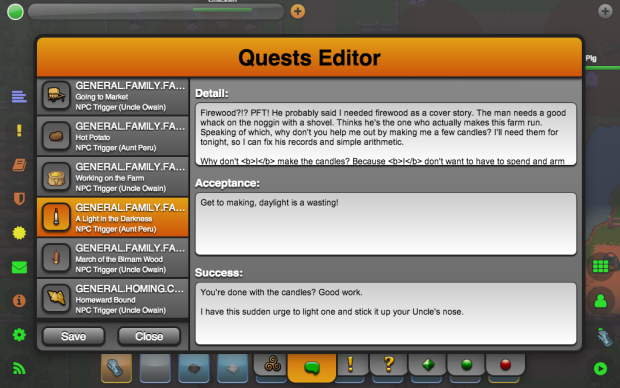 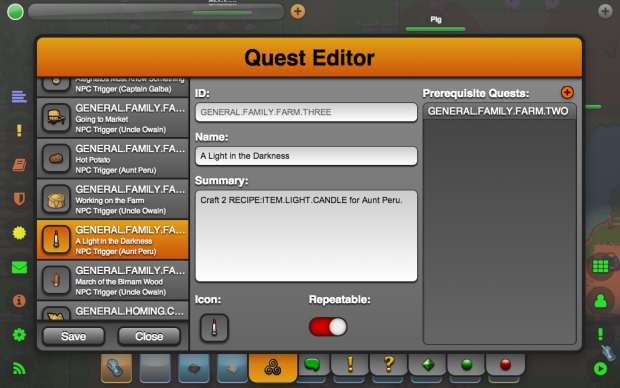 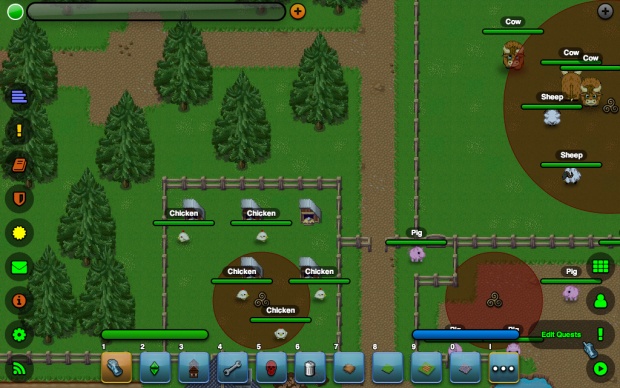 One feature that was sorely needed was the ability to switch characters, or create a new character on a server without having to log out of the server and back in again. This inconvenience is now happily a thing of the past! Simply select the new 'Change Character' option from the options menu to be taken back to the character select screen where you are free to choose an existing character or create a new one. 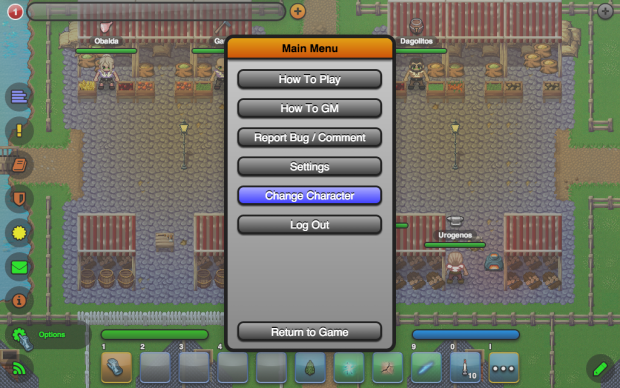 Embedded JREs
It became clear this last iteration that most of the issues that end users were experiencing with the new standalone client and server implementations boiled down to java and OS env inconsistencies. In an attempt to reign in the majority of the factors in our control, each client and server download now come pre-packaged with a compatible JRE. While this does increase the size of each of the downloads, it should minimize the amount of issues and with the inclusion of the auto-update feature, future updates should be smaller and easier to apply.


Other Changes of Note

As always, the full change log for 0.6.3 is available here.