Ever wondered what would happen if you crossed Scrabble with an RPG? Now you don't have to, because Letter Quest is here! Help Grimm and Rose, a couple of adorable grim reapers, defeat monsters, ghosts, evil bunnies and more using the power of words! Letter Quest is a turn-based RPG where players attack monsters by spelling words. But be careful since the monsters know how to fight back - they can create different letter tiles such as poison, plague, stone, whirlwind, duplicator, spike and flipped, steal your health, heal themselves, use critical attacks, and much, much more!

Letter Quest is now available for PC and Mac! There's also a web and downloadable Windows PC demo available. I've posted a bunch of screenshots from the release version, including some showing off the new story comics, the map, the second character Rose, and many more!

Letter Quest is now officially released for PC and Mac!

After many months of hard work, we are proud to have Letter Quest available for PC and Mac. Lets go through all of the major features!

We added some story comics to tell Grimm's story: 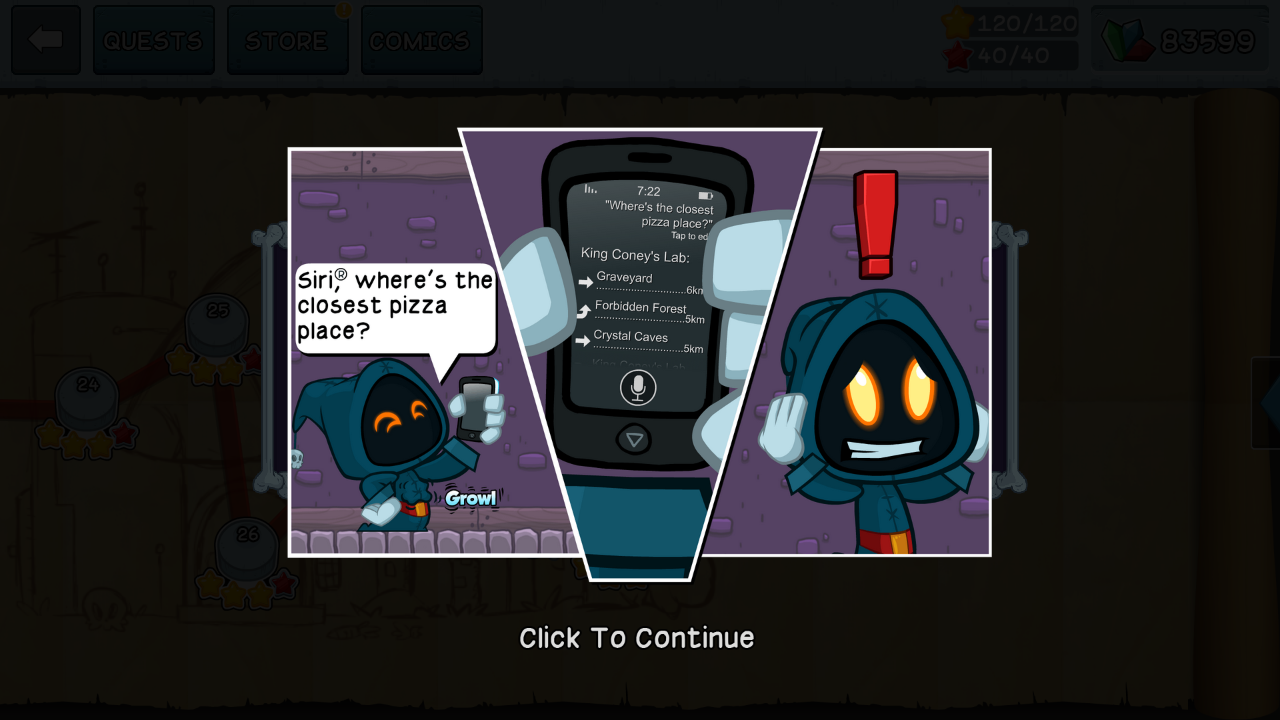 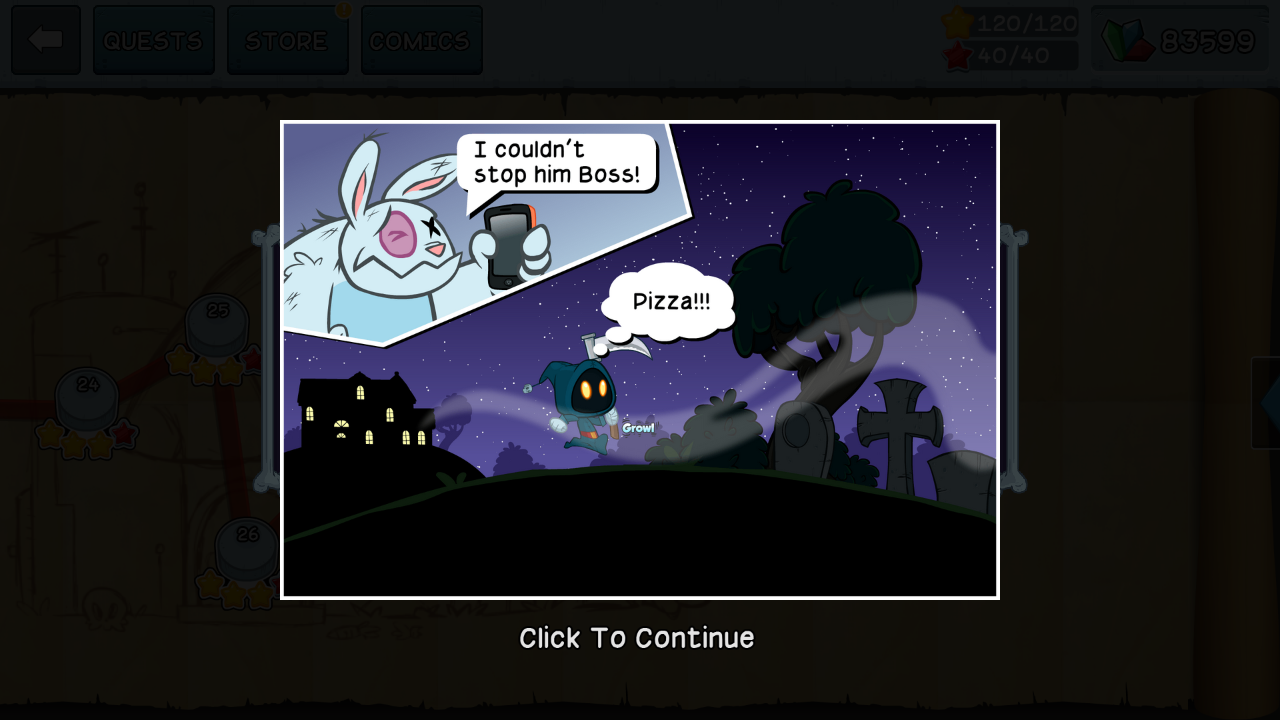 We added high resolution textures that look great even on 4K displays. Here's a screenshot at 1920x1200 with our "high quality" textures, there's still "ultra quality" after that which are even bigger: 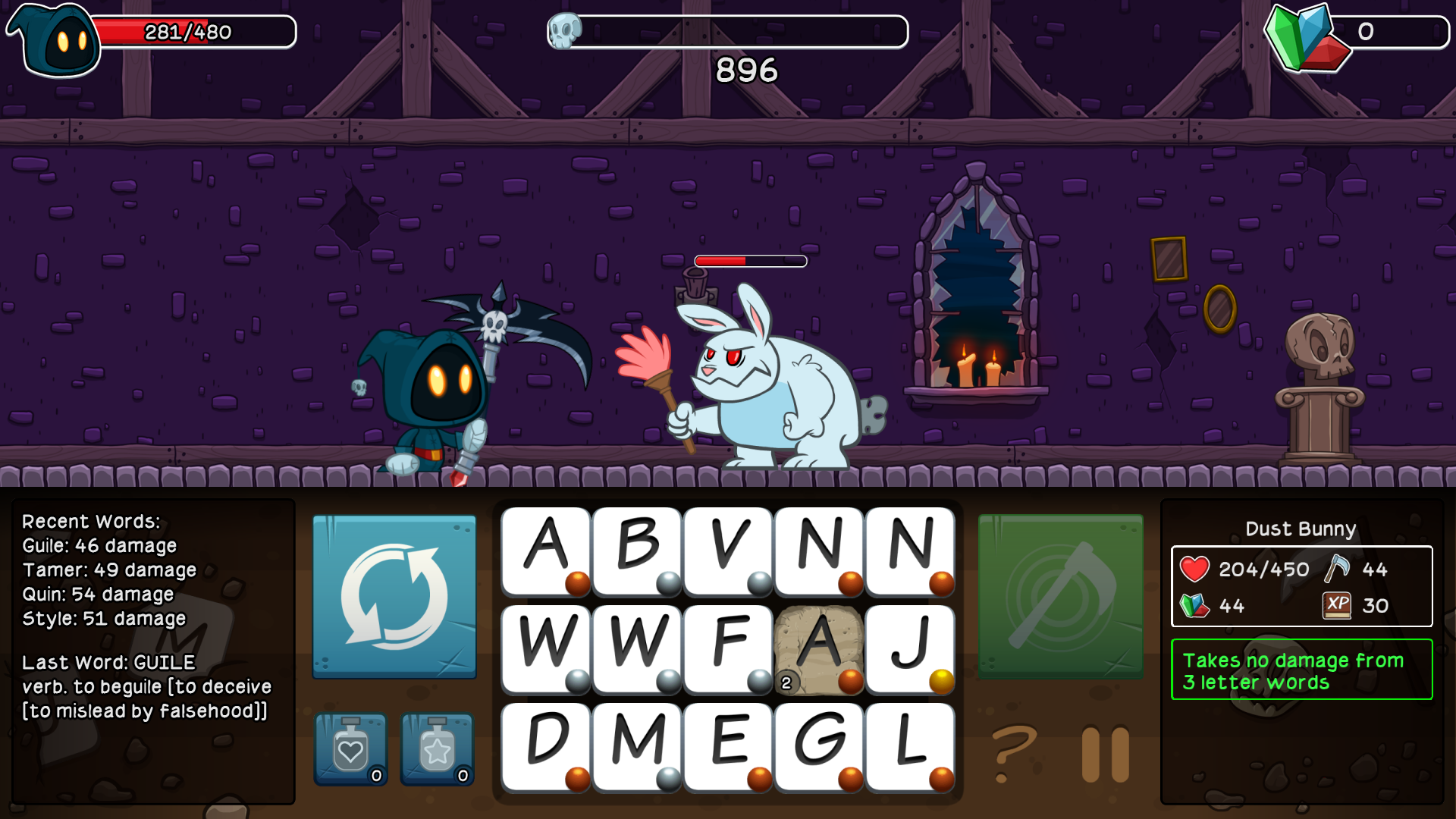 We added the definitions of over 160,000 of the words in the game's 190,000+ word dictionary! We've learned a lot of words while making this game, and it's a feature that everyone seems to really enjoy - it's actually a lot of fun to find out the definition of a word that you didn't even know existed until you tried spelling it! 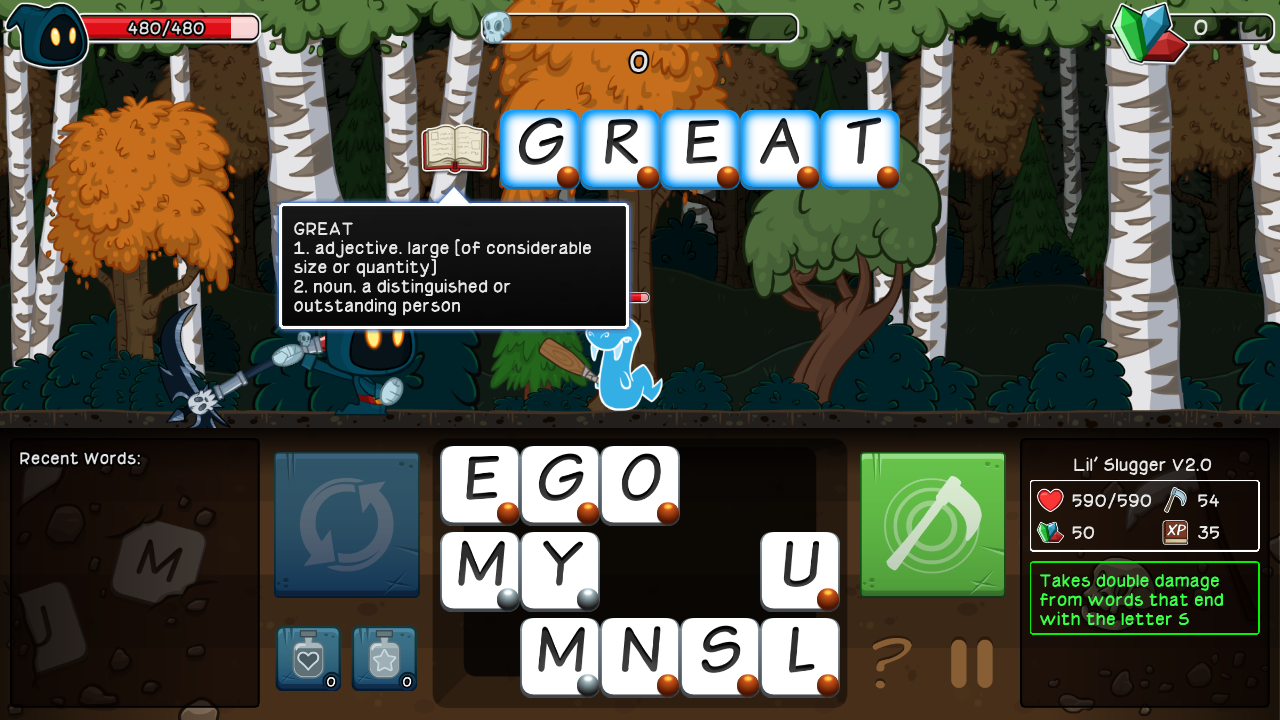 There are five unique areas in the game. Above you've seen the haunted house and the forest. Here's the graveyard (we'll keep the last two a secret!): 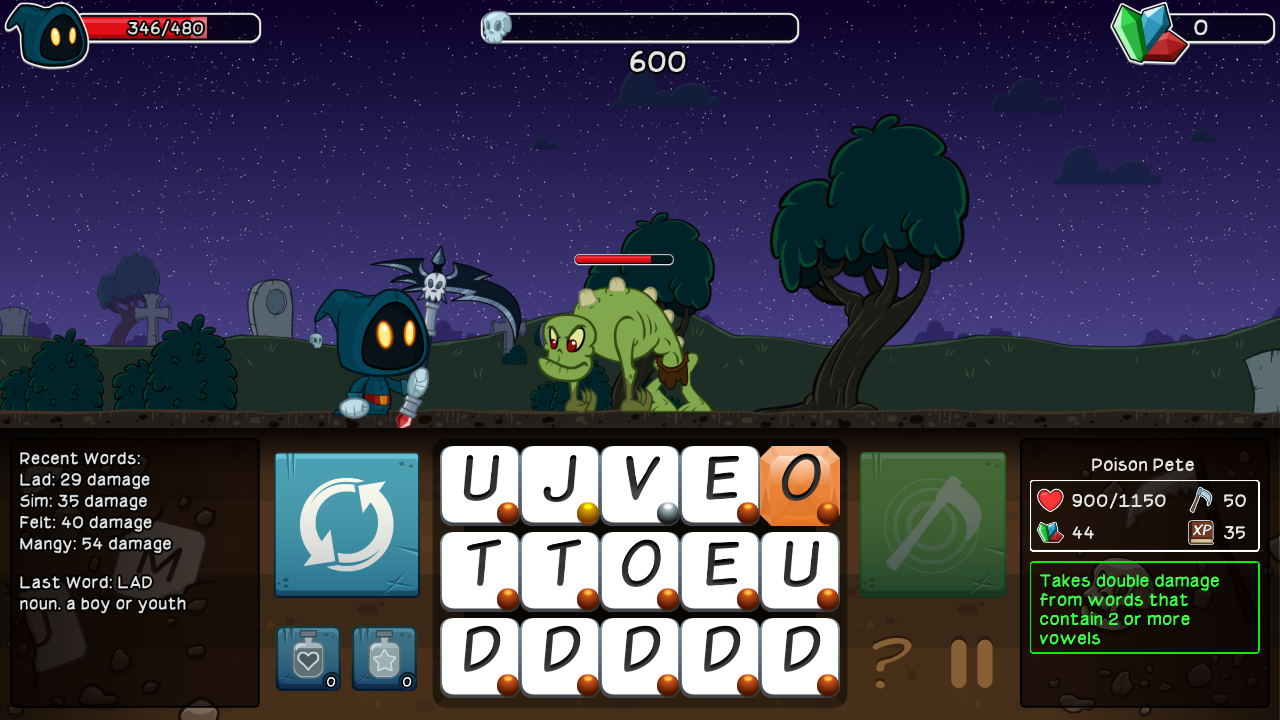 We always loved the map in Super Mario Bros. 3, so we added in a map that is reminiscent of it. It really helps sell the idea that Grimm is in fact on a journey, as you progress from a haunted house, to a graveyard, a forest, and more! 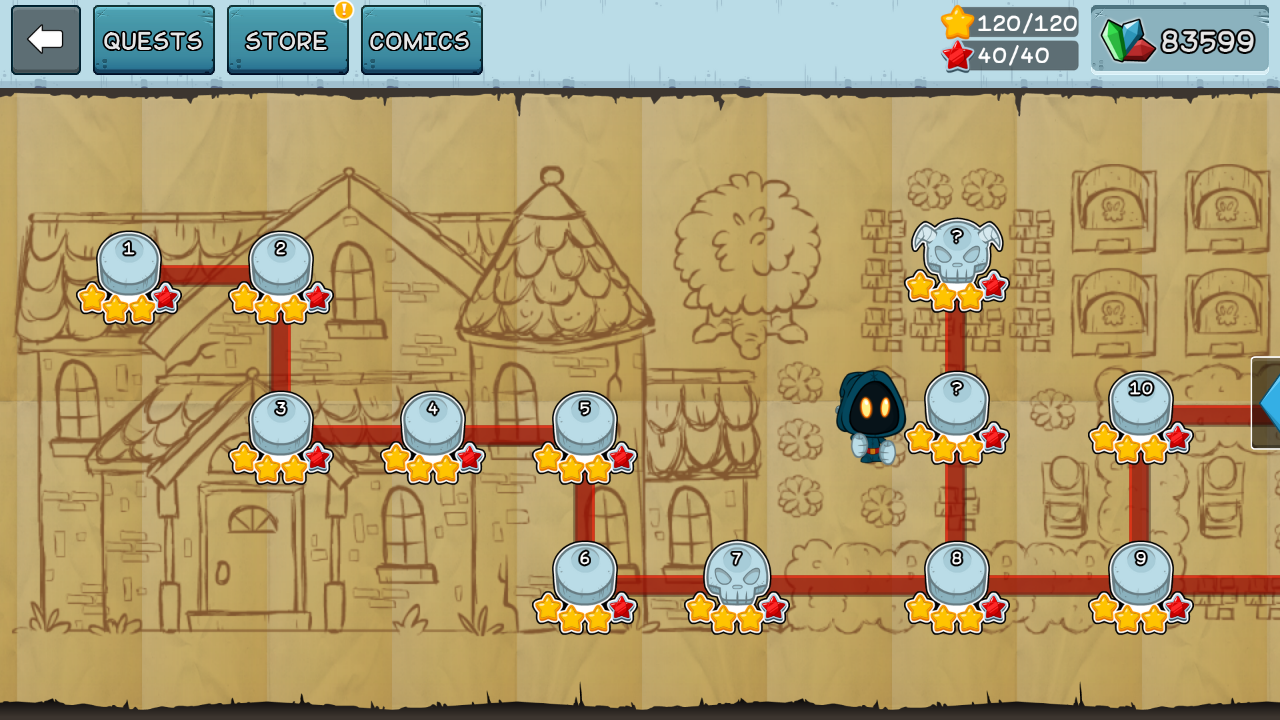 Letter Quest features a ton of different shops where you can upgrade your character, including shops for upgrades, books, potions, special items, heroes, weapons, and alternate letter tile looks. 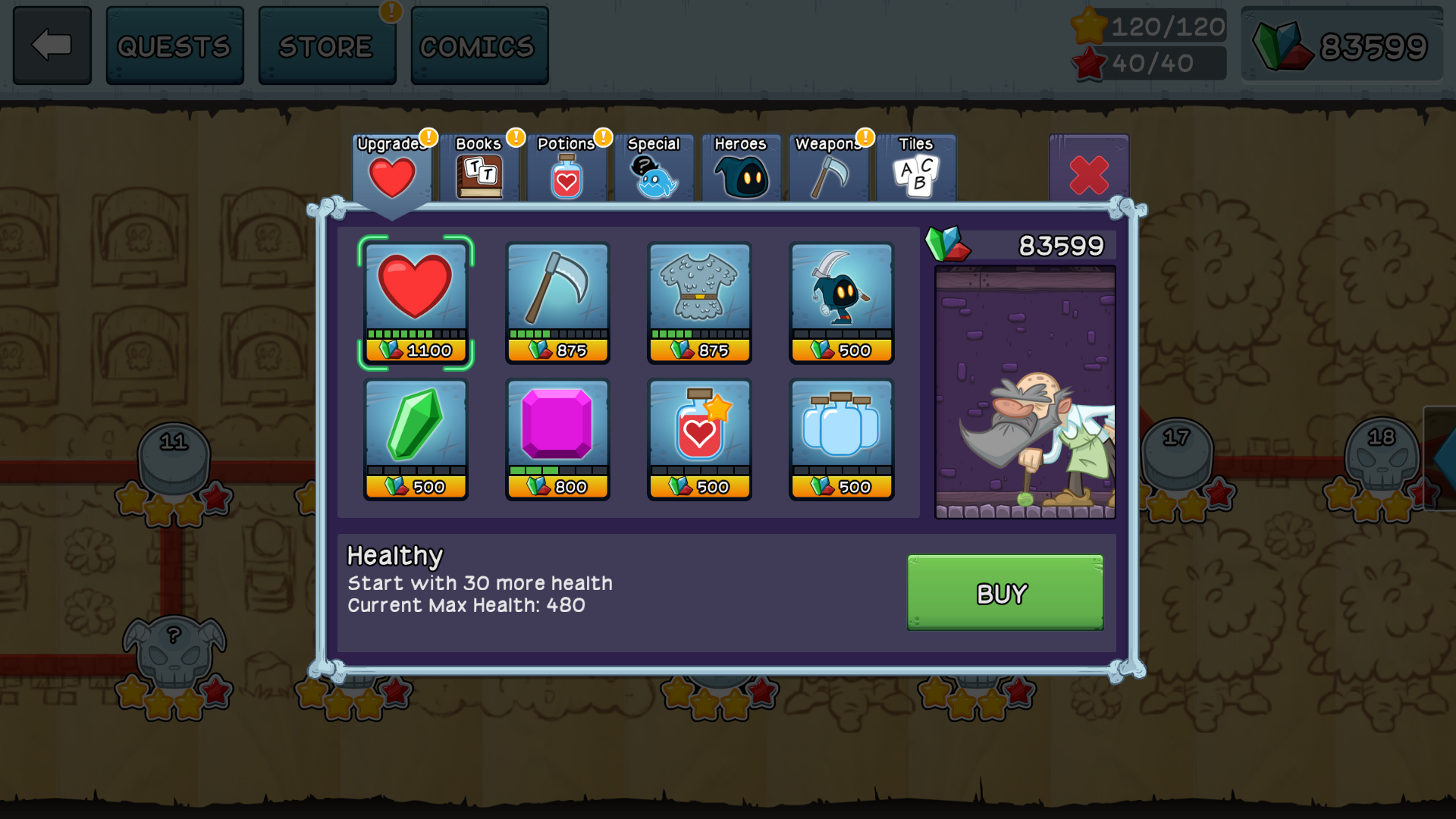 There are currently 40 stages in Letter Quest, and there are four stars to earn in each. Each of the four stars represents a unique way to play the stage: 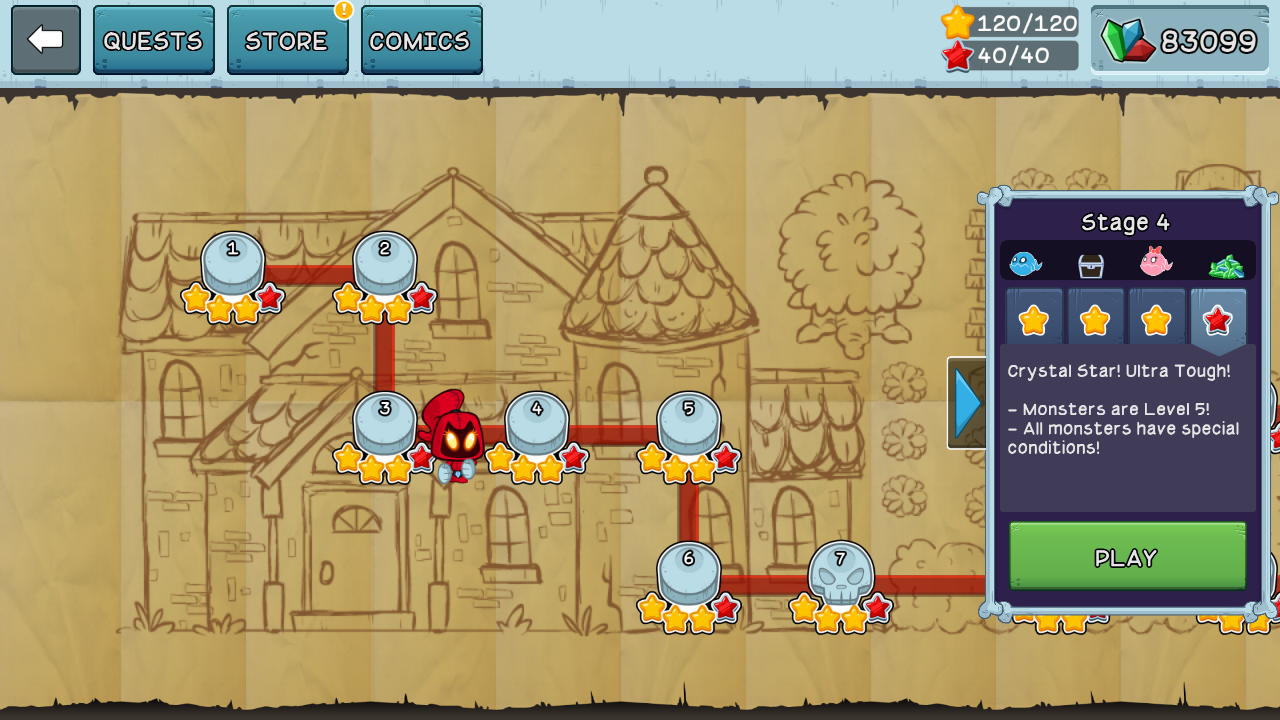 And of course we can't forget the second playable character, Rose! 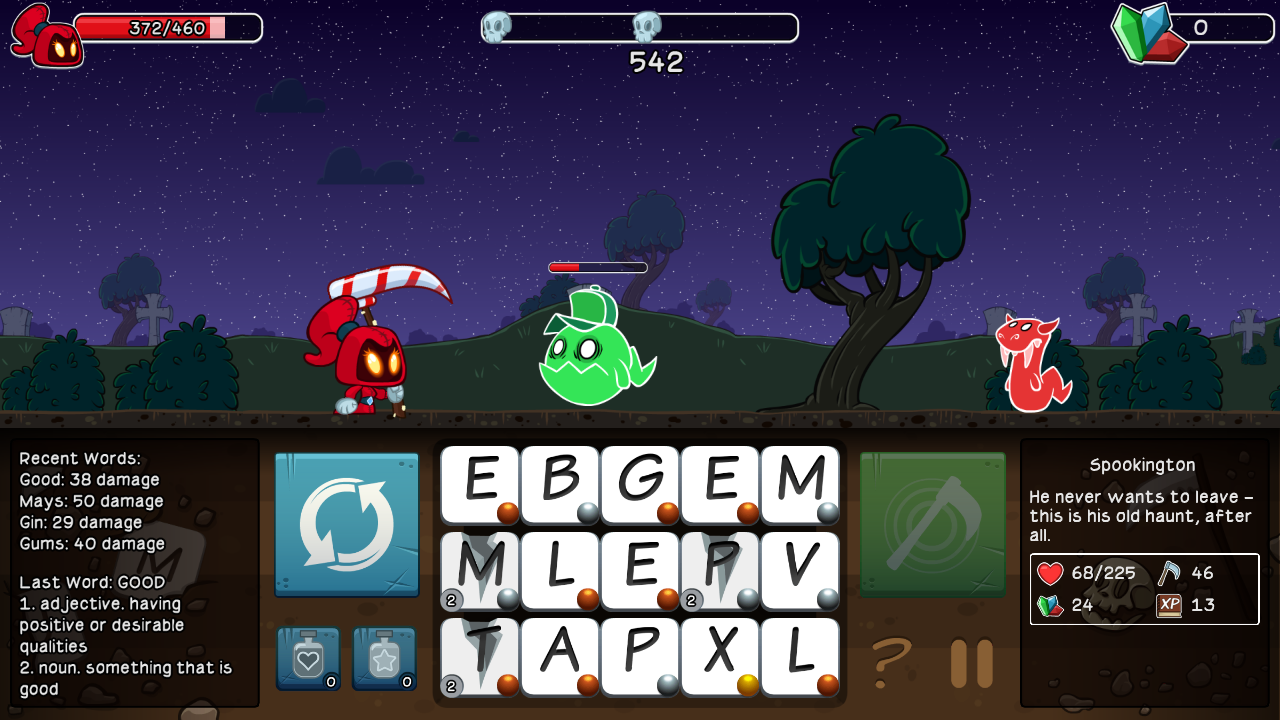 There is a playable web demo and a downloadable PC demo available.

For more info or to buy the game please visit www.letterquestgame.com!

Letter Quest is also on Steam Greenlight, so if you have a spare moment please consider voting for it: Steamcommunity.com Thank you so much!

One last thing: there are a total of 8 catchy music tracks in the game that are a neat combination of orchestral sounds and chiptune music. Every copy of the game includes the full soundtrack including custom front cover art: 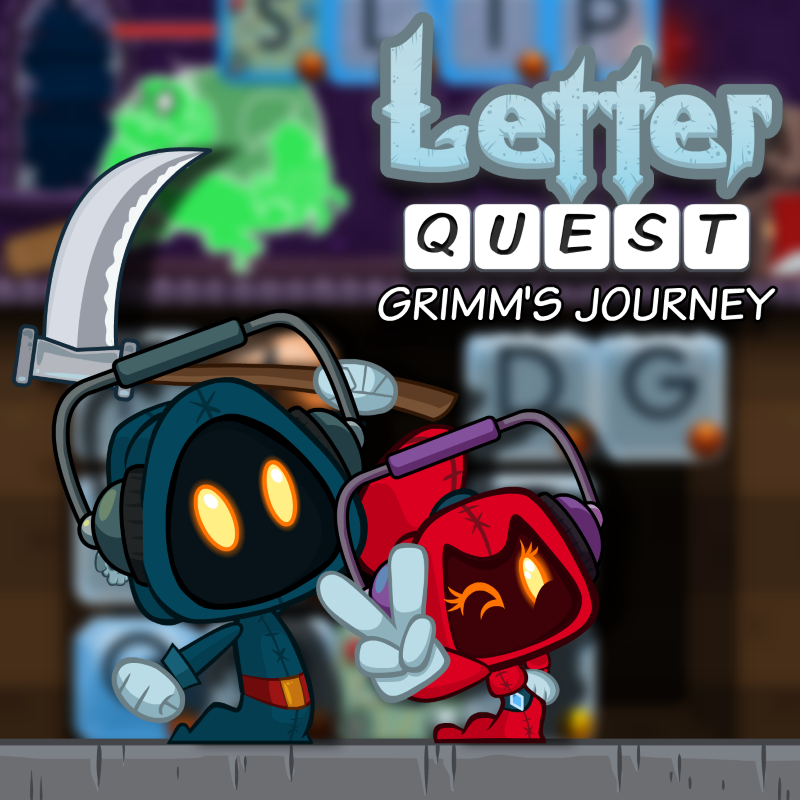 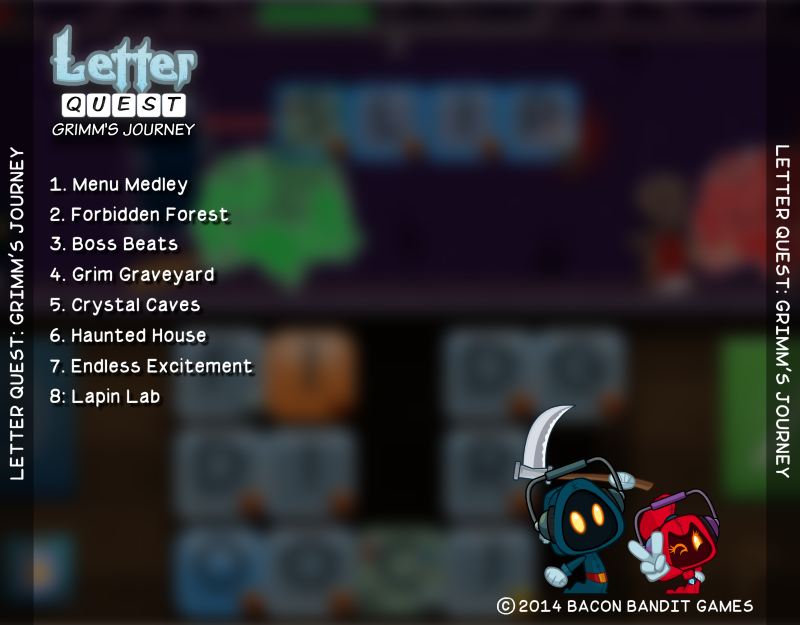 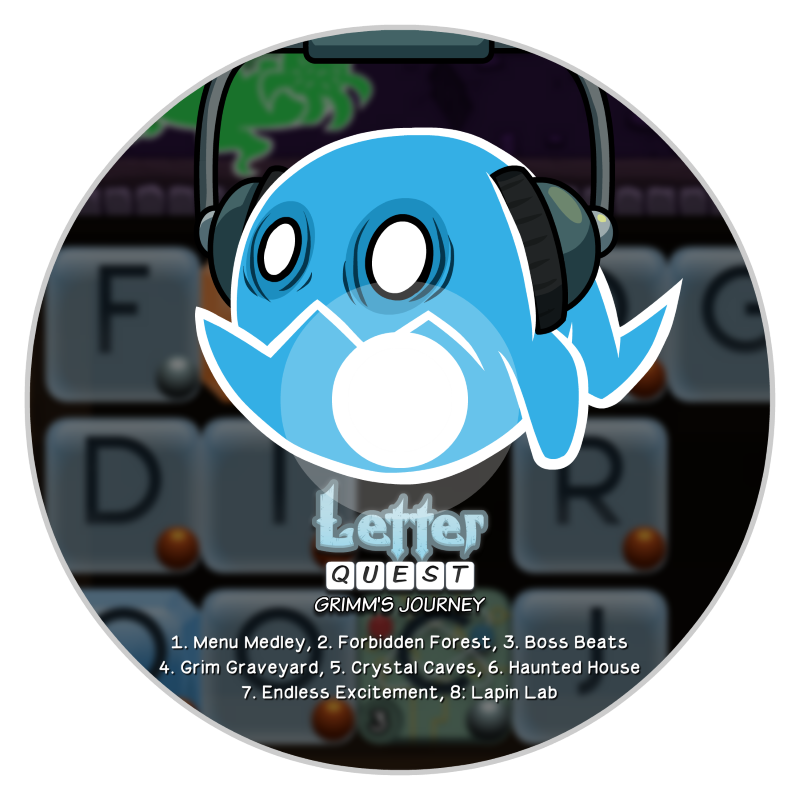 We hope you enjoy Letter Quest, and look forward to any comments or suggestions!

This game reminds me of Bookworm: Adventure Quest. And this game is pretty much a masterpiece in my book. I am now attempting to complete this game 100% :D

looks pretty cool, you could reduce a little clutter tho on your screens