Manipulate each level with world rotations, Gravity Bombs and more in this open-ended puzzle platformer.

In the game's self-titled play mode, you must take advantage of objects such as moving platforms and hoverboards while dodging a number of obstacles and spike-laden traps. After collecting all of the stars on a level, you will advance to the next level. 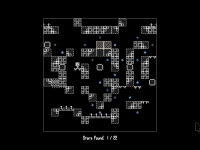 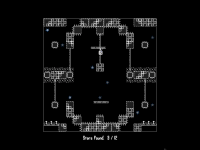 Darkslide, the game's second play mode, places you on a multi-screen level filled with stars and traps alike. On these levels, the screen is constantly scrolling toward the end of the level. At the same time, the screen is always turning darker; only by collecting stars can you make the screen brighter again. You have to keep up with the automatic scroll while collecting just enough stars to keep the screen from fading away!

In addition, each level in the game offers you a series of challenges that will often require you to approach the level in completely new ways. Simpler challenges such as time trials won't make you think too much, but other challenges like completing the level without neutralizing any of the enemies will definitely test your mind.

You'll also find a number of other features in the game, including replays, a level editor, and a DLC system.