This release refines and enhances the core SRPG combat mechanics at the heart of Dungeon Tactics. The main feature in this new patch is a major overhaul of the action system. Units now have more options what they can do during their activations; they can move and attack, attack and move, attack twice, or move twice. Now matches literally happen twice as fast; units enter battle twice as fast and once the battle has been joined, the combat itself is over twice as fast. This change alone dramatically streamlines gameplay, but combined with the other enhancements included in version 1.6, like status effects, dozens of new skills and abilities, state information icons, hotkeys, new monsters, monster special attacks and more... it really takes Dungeon Tactics to an exciting new level.

Don't take my word for it though, when you can play it for free right now and see for yourself! 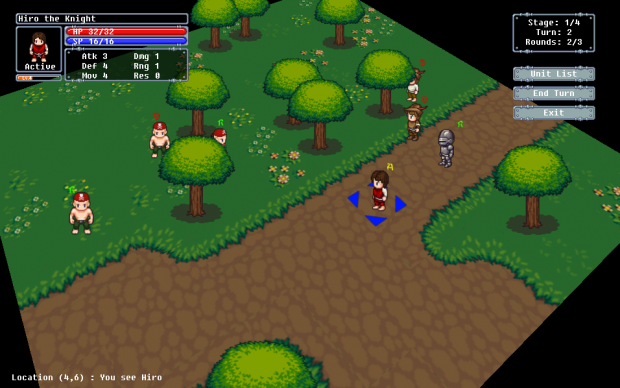