The game will be heavily based on evolution, from Cell to Creature, your creature will evolve and adapt to its environment.

So for about 5 years I've modded Spore and made some very successful mods. The Goal was to make Spore a better game by any means but Spore had its limits. The Aquatic stage I created for Spore was a bit of a mess, while players did have the ability to play in an "underwater like" environment. In all reality, the Aquatic stage was just the Creature Stage reskinned. It just replaces the creature stage with a water stage. 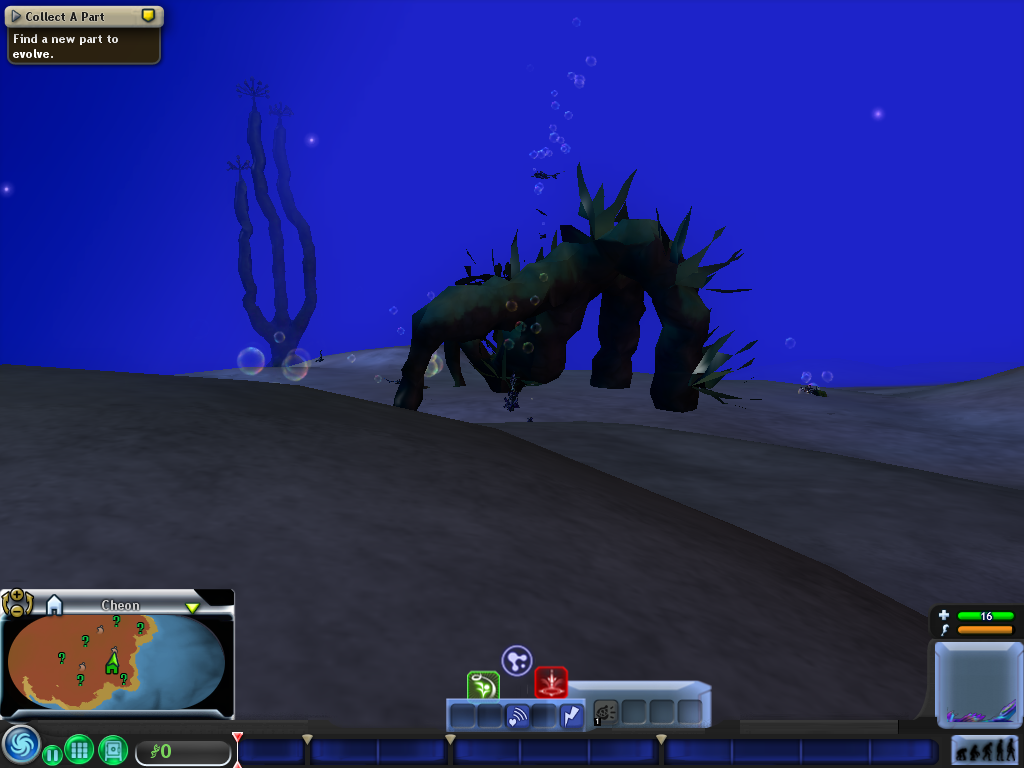 I duplicated this technique and made a Molten Stage

I had plans to make a Stage with snow but those plans were postponed because I began work on Titan Spore. A future update was going to allow the player the ability to go in and out of the water but while underwater, there was no sea floor, just an invisible layer the player avatar could stand on. This is where I initially lost interest in Spore modding, not to mention Titan Spore was a mess with many game-breaking bugs. I had to take it down.

I got into programming and graphics design shortly after and started work on a Space browser game and later turned that into an MMO but while I was creating this Space game I worked on a few other projects. A Zombie Multiplayer game, a few flash games, a countryball creator and Cell Evolve. Cell Evolve was the initial concept for this new Project. 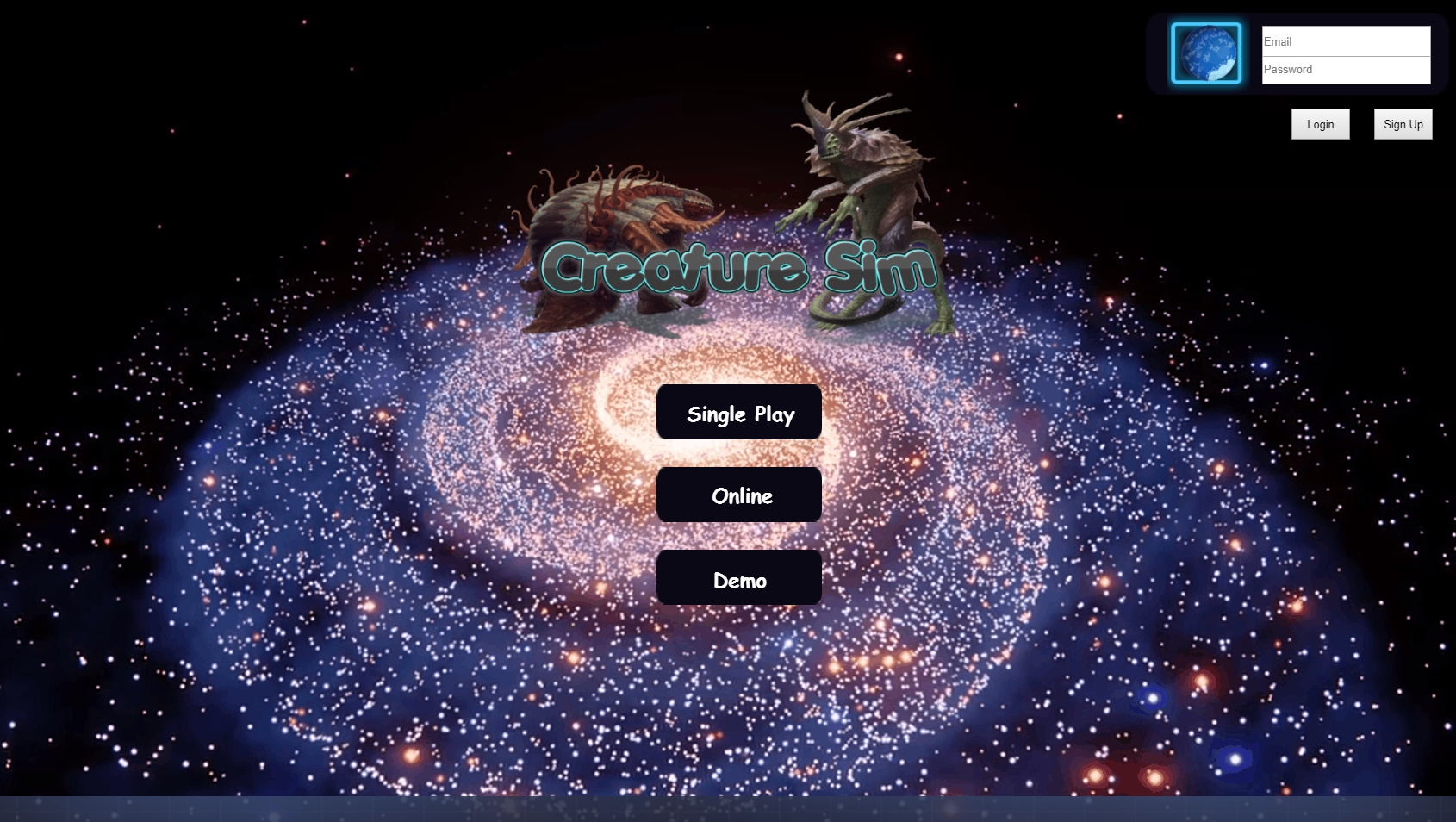 The game is being built with multiplayer implemented. Starting off- players choose a server, each server is actually a planet. Players then create their first Cell using the Cell Editor. 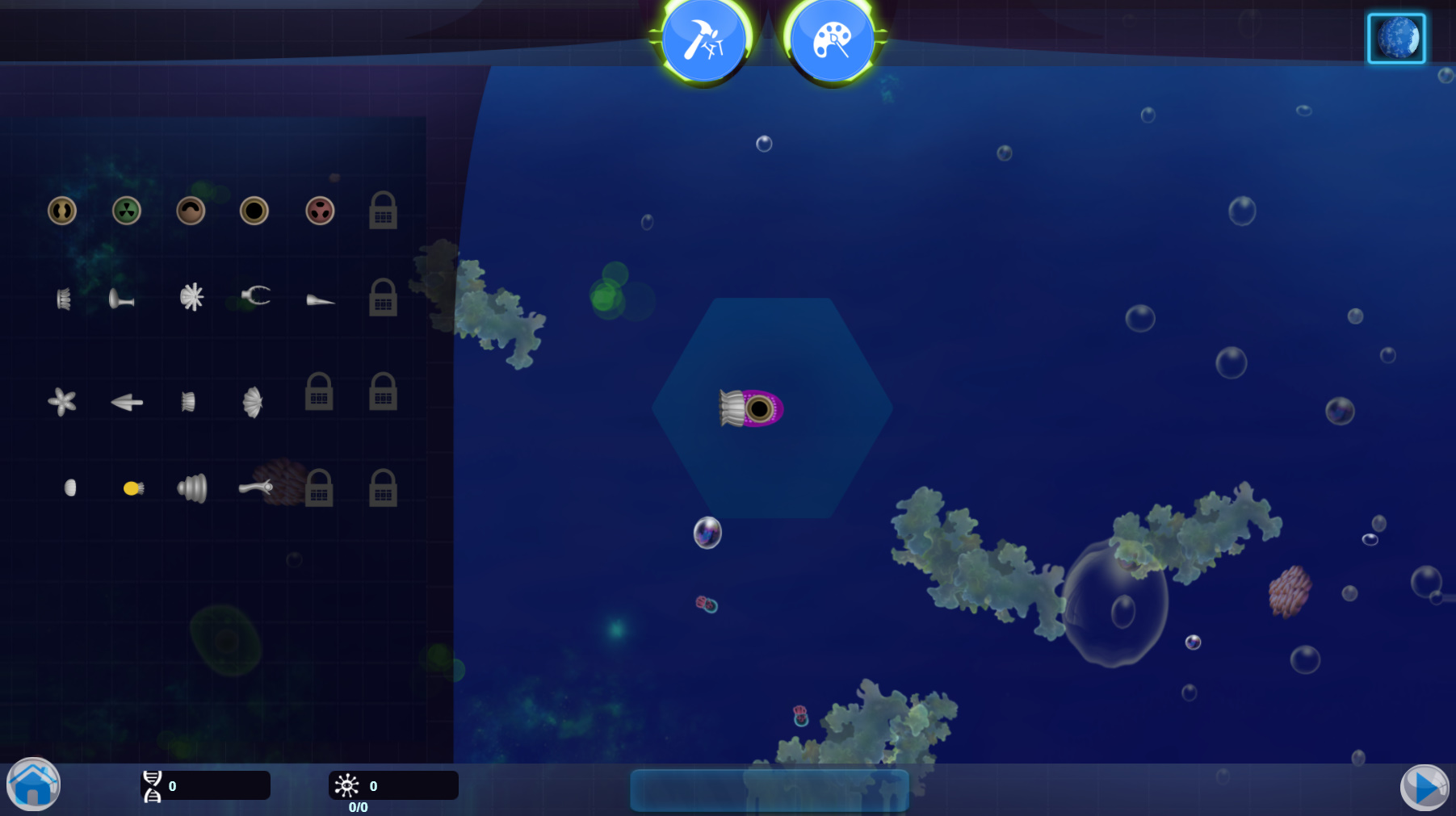 The body and the parts were created in Blender so the transfer to 3D first person could be just as easy and smooth as it is in Spore, parts cost -DNA Points- that you gain from killing Cells in game. These parts will also play a major role in your creature's evolution process. -These parts were created using Concept art from -Danandna-

The player then creates a Cell, and can now enter the World in the Cell Phase along with other players or Single player. 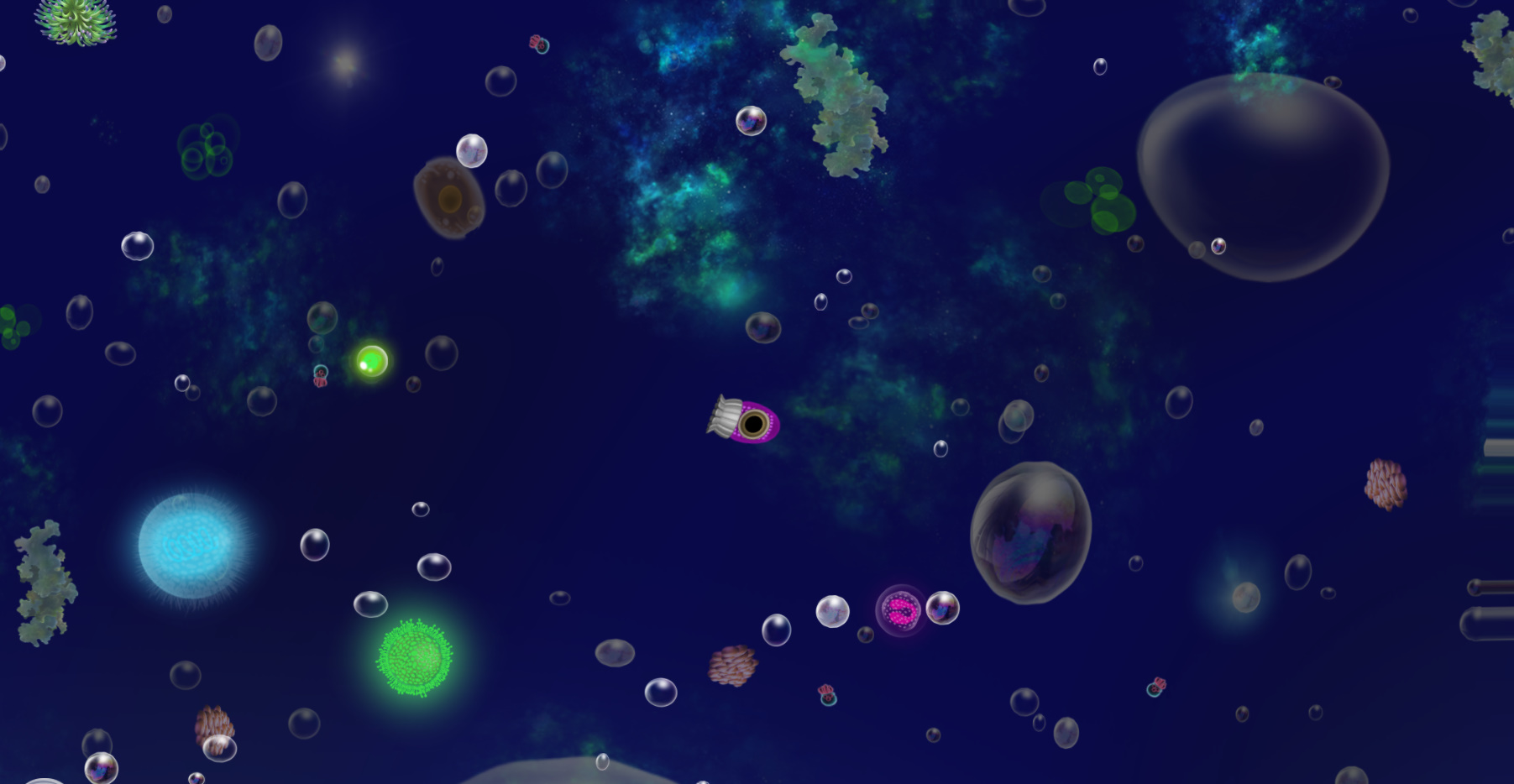 (This is Not Spore)

The Cell Stage has 6 types of Cells, other random created Cells, and little green eatable particles. Each cell type you consume can have a different effect on your Cells Character and evolution in the Future. Example: If a Cell Consumes mostly red Cell types, your creature will develop more deadly predator like traits along with predator-like abilities. Players can access the editor with a click of a button. Once a creature reached level 10, they can then choose to stay or leave the Cell stage whenever they want

[Concept]> The next stage which is not titled yet will have both Aquatic and Land Creatures sharing the same environment. Creatures will be able to swim in and out of water depending on their evolution traits

When I'm done with these editors and stages then Ill probably move on to adding the rest of the game, like a Tribe stage, but that's a long way off so, for now, I'm gonna focus a lot of my time and resources into this project. The reason why this project would seem easy for me to make is because I have a lot of experience in developing games and I have the resources. I've also modded Spore for years. In the end, I just want to create a fun multiplayer updated game like Spore -with blood

I'll update this but for now, I don't want to say too much more just stay tuned for updates.