A multiplayer first person shooter based in eastern Europe where events are based after a world scale conflict has occurred. Focusing on realistic gunfights and environments.

Hello, and welcome to a new ongoing series of posts/articles we are creating called Afterconflict Armoury, where we'll be diving into the history and detail of various pieces of weaponry, equipment, and more that you'll be seeing while you're playing Afterconflict!

Hello, and welcome to a new ongoing series of posts/articles we are creating called Afterconflict Armoury, where we'll be diving into the history and detail of various pieces of weaponry, equipment, and more that you'll be seeing while you're playing Afterconflict!

While others may treat historical accuracy, authenticity, or whatever they may call it as an afterthought, we most certainly do not; when we say our game will have a high degree of accuracy and realism, that isn't a half-hearted tagline or a marketing ploy, it's a promise.

To start off, we'll be looking at the KS-23 which you've no doubt seen in a few of our recent posts detailing the progress we've been making on its inclusion in-game. 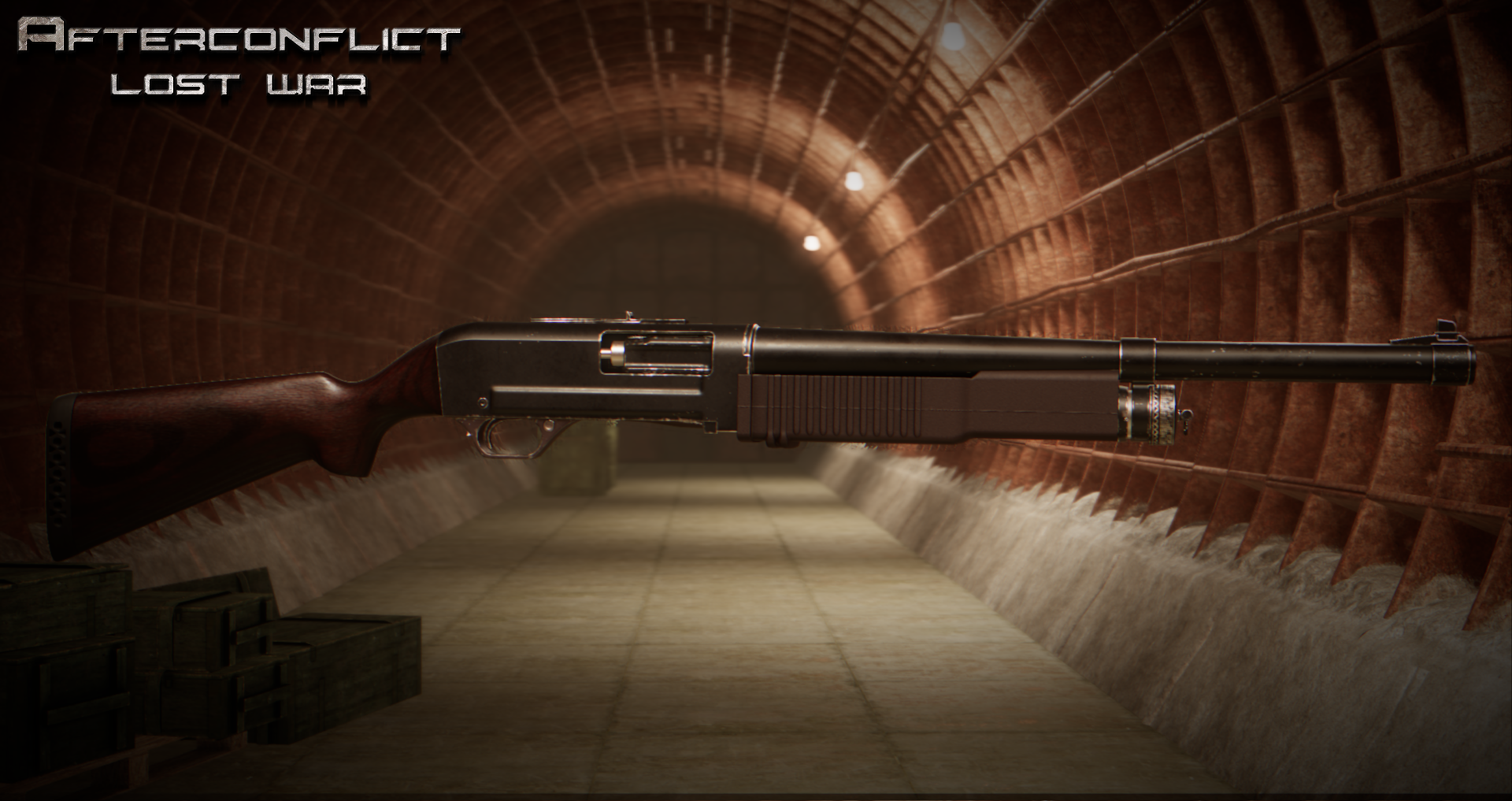 Unlike a lot of Soviet firearms that have extensive documentation of where they came from, who designed them, who used them, etc., the history of the KS-23 is a lot less clear. This murky history is largely due to the KS-23 being developed for the Ministry of Internal Affairs (MVD), known for their secrecy, by the Central Scientific-Research Institute for Precision Machine Engineering (TSNIITOCHMASH), known for their more "specialist" designs, from the VSS Vintorez and PSS pistol, all the way to the RG-019 nail gun and PSZh non-lethal pistol.
From what can be gathered, the KS-23 was developed during the 1970s when international incidents such as the 1972 Munich Massacre, and perhaps more specifically, the 1970 and 1973 hijackings of Aeroflot Flight 244 and 109 respectively were changing the landscape of law enforcement and prompted the creation of new equipment needed to deal with modern threats. 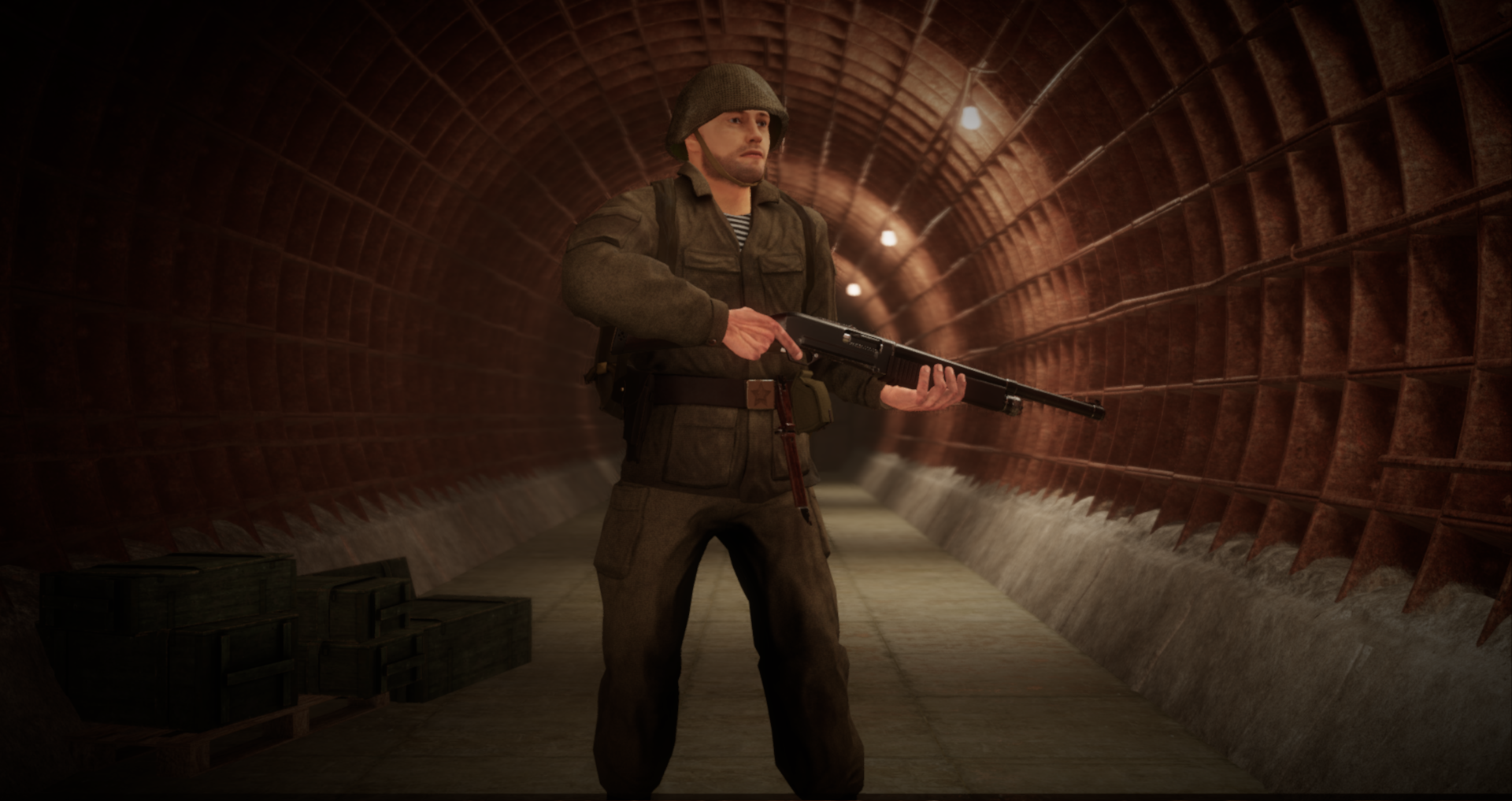 With these international incidents and changes, along with the lingering issue of heavily volatile Soviet prison riots such as the 1970 Tol'yatti riots, Soviet law enforcement needed a weapon that could preform well in situations where accuracy was key and had the ability to dynamically change roles to suit the situation at hand. As an example, one of the most important requirements for a new law-enforcement weapon was the ability to penetrate a plane's window with a gas grenade at long distances with a large degree of accuracy, likely only achievable with features such as a rifled barrel.

After careful consideration, TSNIITOCHMASH designed the Karabin Spetsialniy 23mm/23mm Special Carbine, KS-23 for short. Though this new weapon was designated as a carbine due to its rifled barrel, it's regarded by most as a shotgun due to its appearance and function being like that of an ordinary pump-action shotgun, albeit with a monstrous 23×75mmR calibre, translating to a 6.27 gauge by British and American standards, and 4 gauge by European standards.
The 23mm calibre in particular was likely chosen due to a combination of it being a relatively compact calibre capable of firing gas cartridges in an efficient manner, and that the KS-23's barrels weren't even originally designed or made for the KS-23, but instead are barrels recycled from 23mm anti-aircraft guns such as the ZU-23-2 that didn't pass OTK standards. The recycling of barrels was likely done as an efficiency measure as the creation of entirely new rifled barrels for the KS-23 would prove costly and time-consuming when the recycled ones would prove more than adequite for the accurate and safe firing of the KS-23's 23×75mmR cartridges which are of a significantly lower power than that of the 23×152mmB cartridges the barrels were designed for. 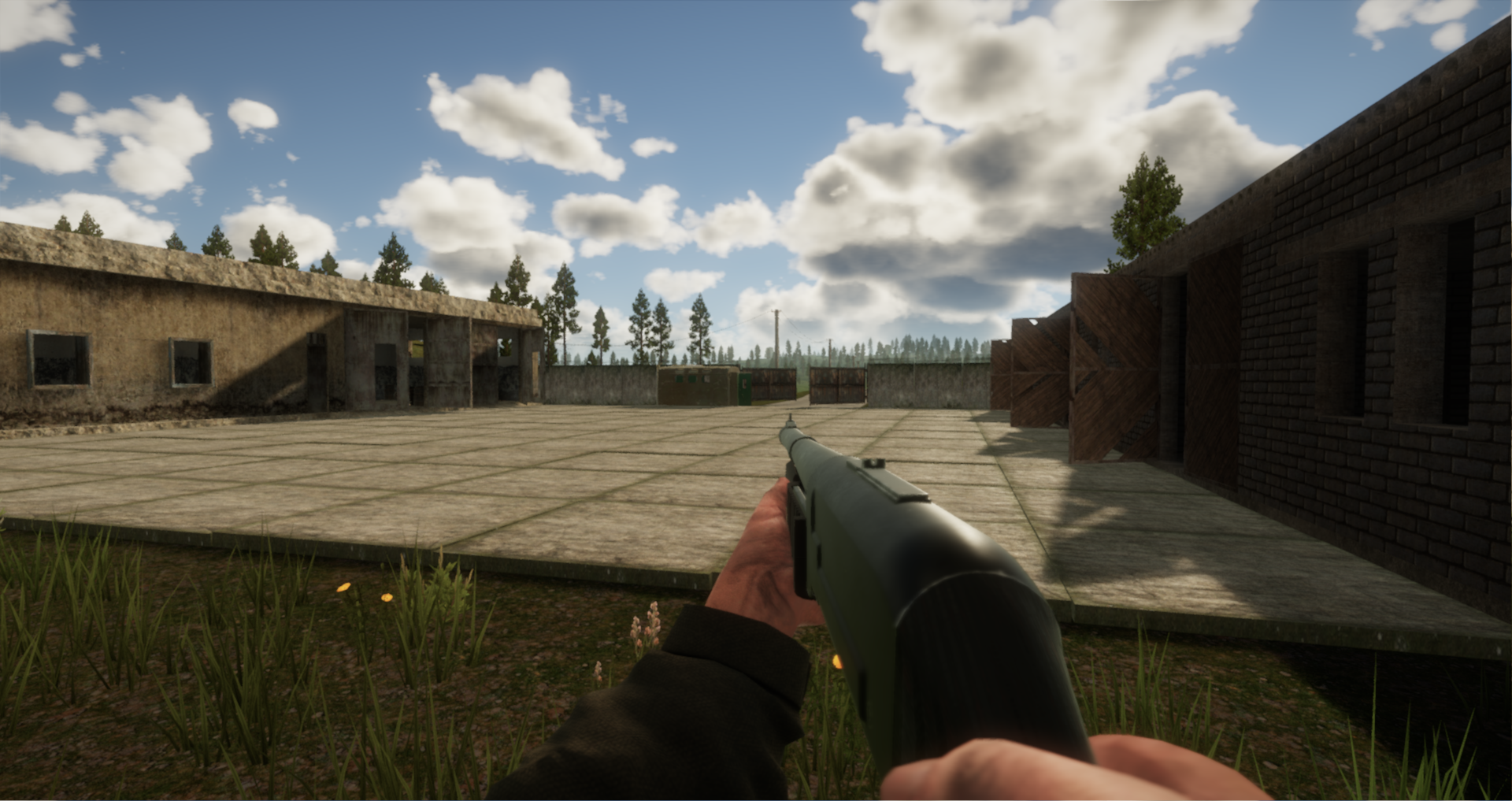 However, while many see the KS-23 as a big, overpowered Soviet shotgun (which in various regards, it absolutely is), its use is considerably more nuanced than that, the primary cartridges designed for it aren't even shot shells, but instead are the Cheremukha-7 gas cartridge and Volna-R rubber bullet cartridge, which, to-specification, can be fired with great accuracy, useful in hostage situations such as the aforementioned plane hijackings and prison riots.
While the Volna-R cartridge would be rather pointless in the world of Afterconflict where several years of an all-out international total war has made the concept of using non-lethal rubber bullets against enemy combatants a fairly pointless venture (albeit that the Volna-R, a "non-lethal" cartridge, still has the ability to kill someone stone-dead under 40m), we do plan on including the Cheremukha-7 as a means of flushing out enemy positions at long range.

For instances where the KS-23 needed to be used as a more lethal solution, there is the Shrapnel-10 and Shrapnel-25, shot shells with an effective range of 10m and 25m respectively, along with the Barricade steel slug cartridge that has the capacity to destroy the engine blocks of vehicles, not to mention what it'd do to softer targets.
The latter two of these cartridges will also be available to load while playing, allowing you to be a formidable force at a variety of ranges.

To aid in accurate shot placement, the KS-23 also possesses a dovetail rail that can be used to attach a scope, usually the 10P8 scope which is virtually identical to the PU scope albeit being produced long after the Great Patriotic War, all the way into the 1990s.
You'll be able to use attach one of these scopes to the KS-23 in-game too, making sure you can accurately place cartridges exactly where you need them, whether that be through a second-story window, or into an enemy's cerebrum. 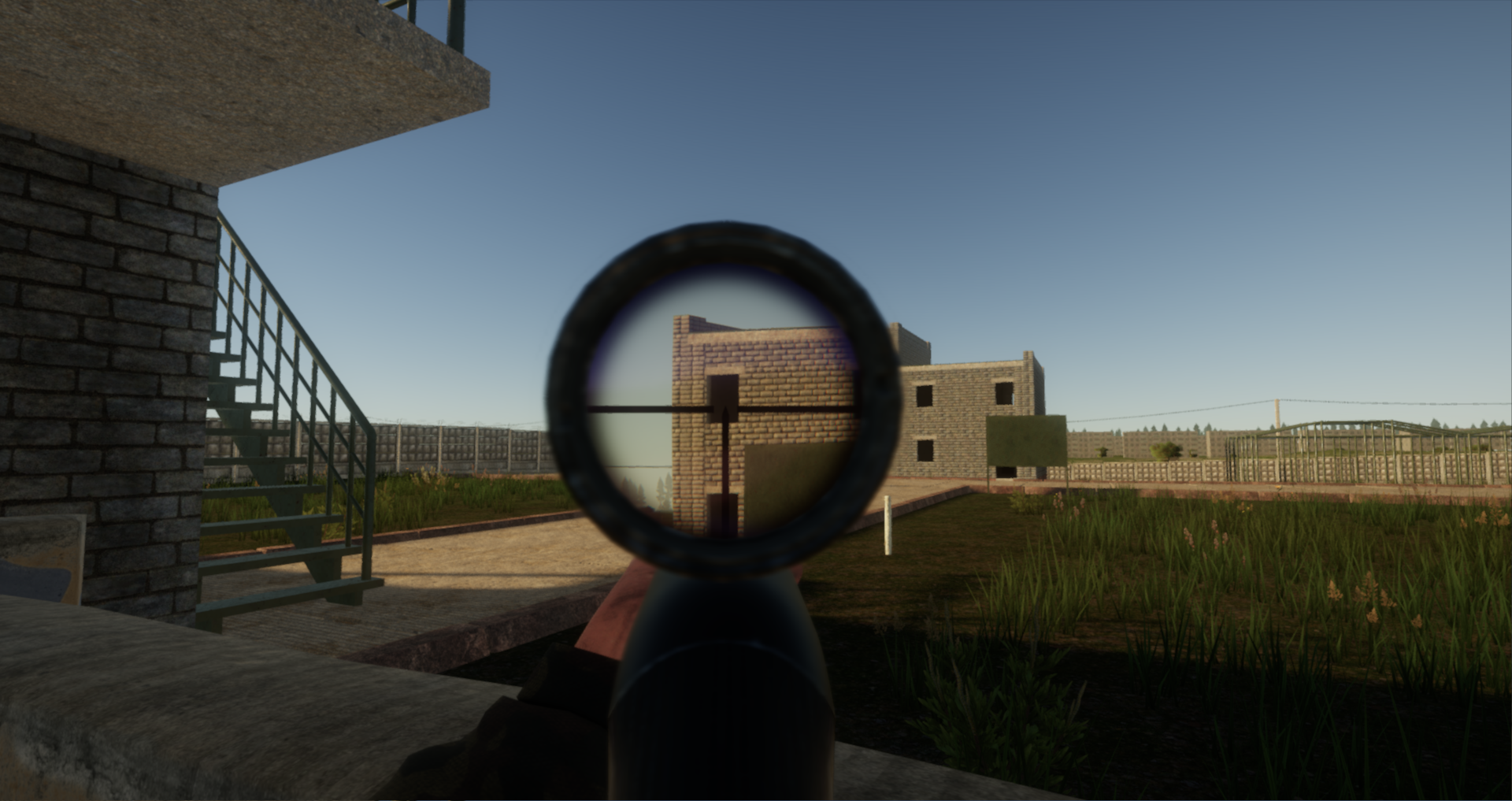 While the KS-23 was only officially adopted by the MVD in the mid-1980s, the KS-23 was likely first acquired by the MVD in the late 1970s, with the first footage to ever emerge of the KS-23 in use being on an MVD training tape recorded in 1979 during the buildup to the 1980 Summer Olympics in Moscow. The tape depicts the KS-23 being used against a building full of terrorists, using a 10P8 scope to fire a Cheremukha-7 cartridge through one of the windows; this was at a point where many improvements were being made to the USSR's counter-terror abilities to avoid the same fate as that of the previously mentioned 1972 Summer Olympics in Munich. 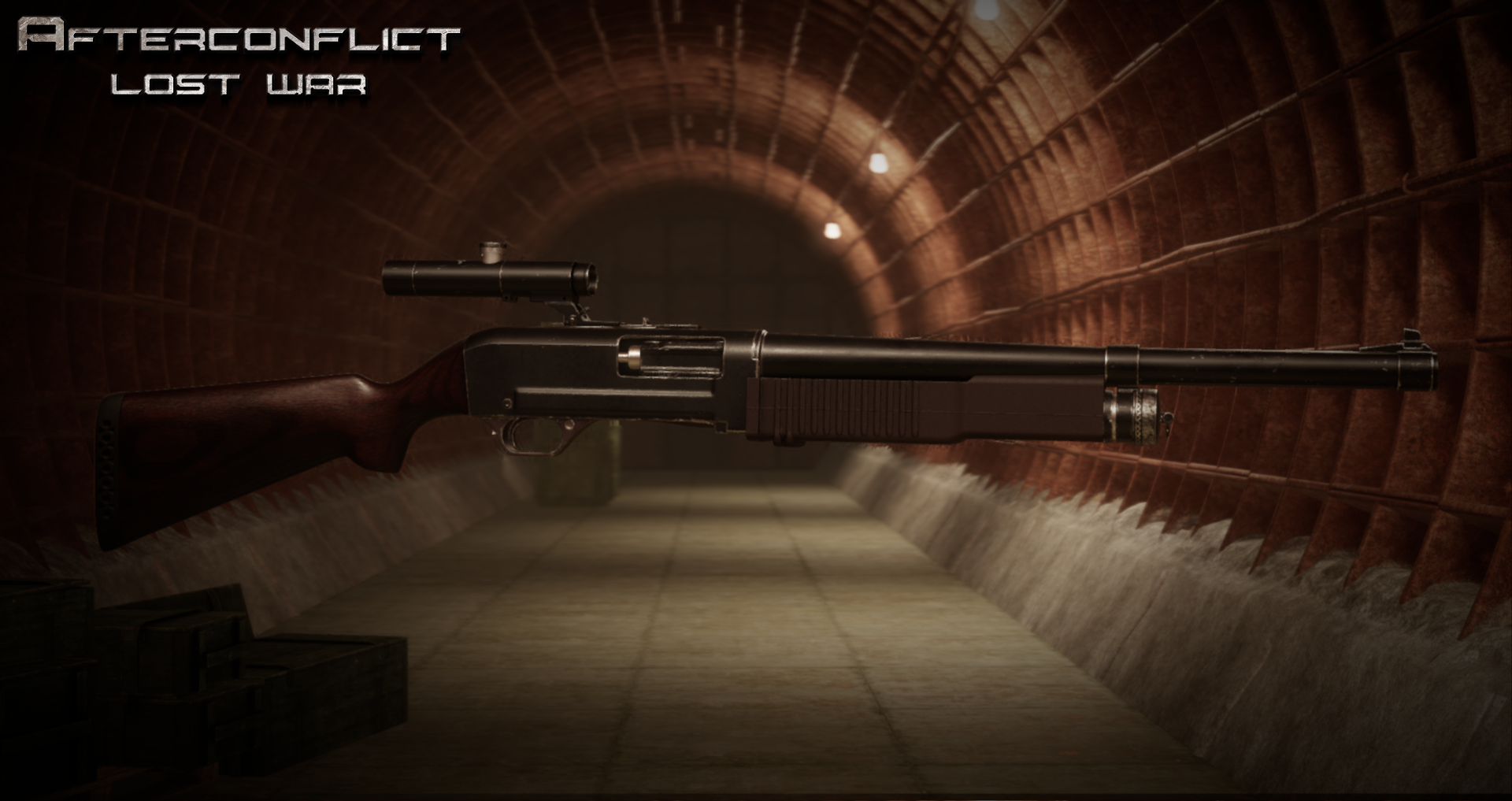 When it comes to the KS-23's usage among different forces, to this day the KS-23 is mainly used by law enforcement, mostly being seen in the hands of riot police and prison guards, but it has also been used by various different military forces including the KGB and Spetsnaz during conflicts such as the Soviet-Afghan War and Chechen Wars. 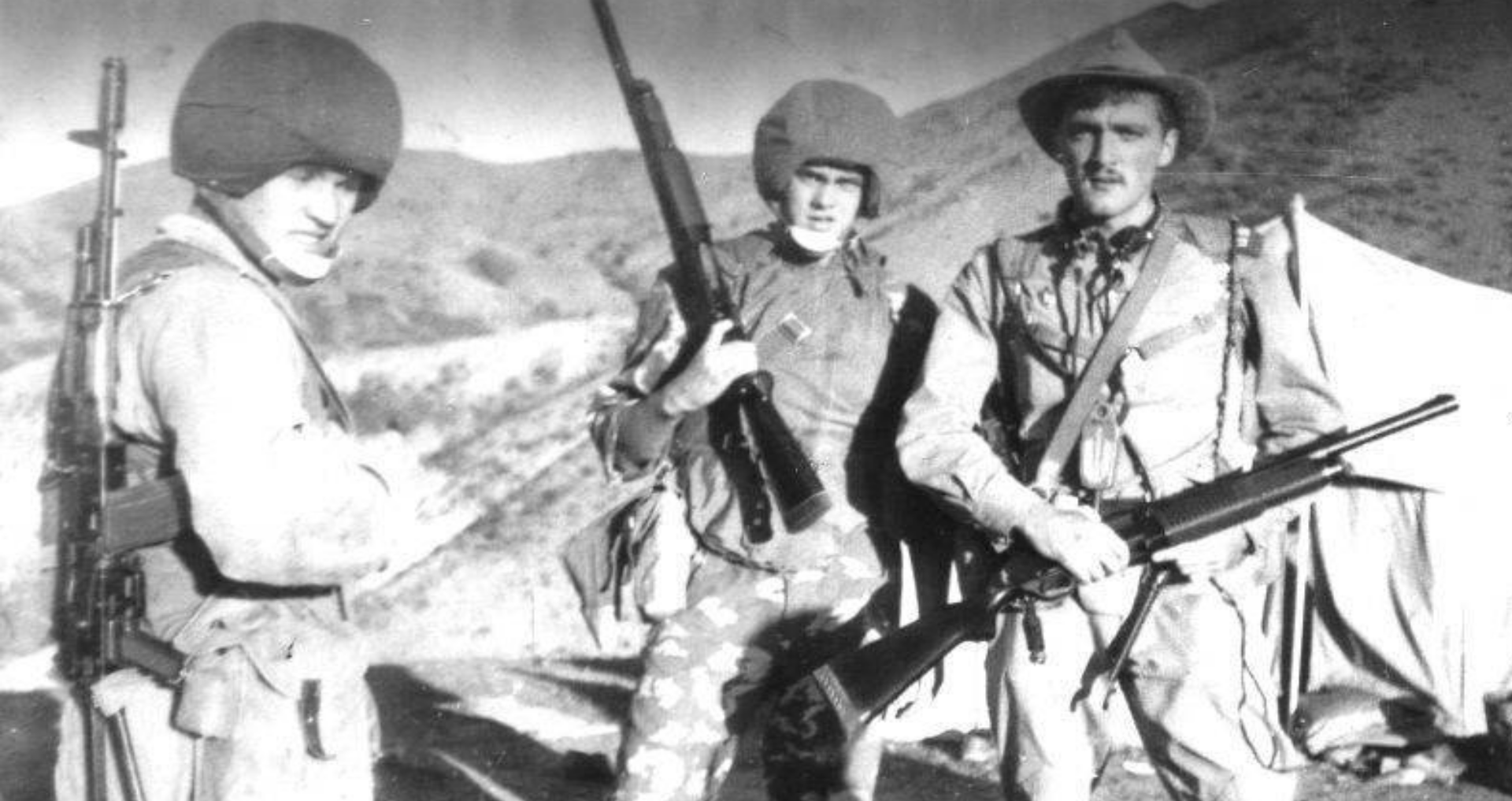 As time passed and the KS-23 was tried and tested in real live-fire situations a few flaws started to become apparent. While the full-length KS-23 was able to be effectively used from a long distance, behind a secure police line, or from a prison guard tower; at closer ranges, such as while clearing a building, the KS-23 could prove unweildy due to its length.
To counter this issue, the KS-23M was developed during the early 1990s, sporting a shorter barrel and what was originally a full wooden stock is replaced by a detachable wire stock.
Between the KS-23 and KS-23M exists the KS-23-1, which is effectively the standard KS-23 with the KS-23M's shorter barrel as a mid-way compromise between the KS-23's better ergonomics and the KS-23M's portability, and you'll be able to use all 3 of these variants in Afterconflict, allowing you to better choose which one suits you and your playstyle best. 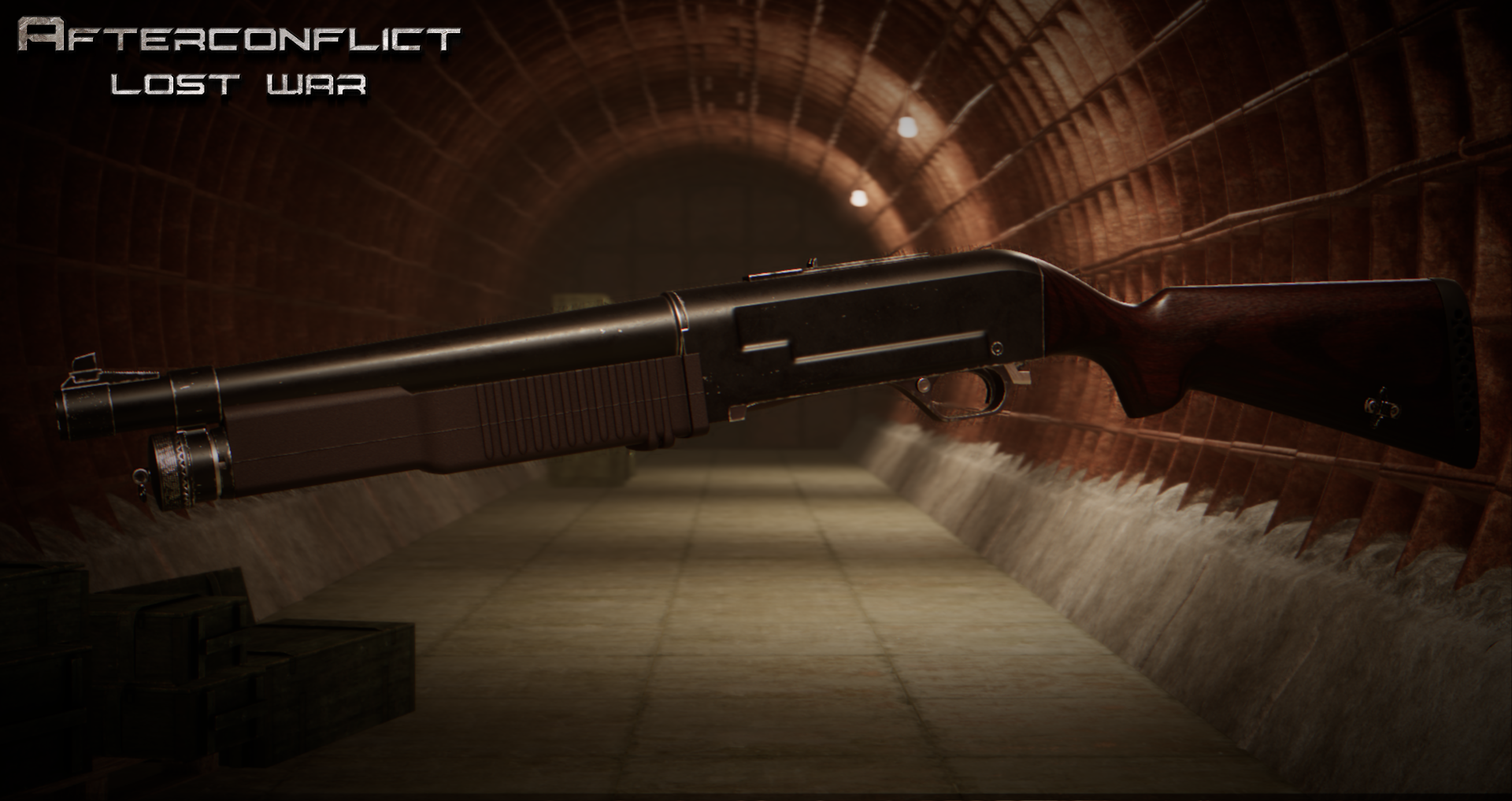 Overall the KS-23 is a specialist gun designed for specialist tasks, of which it does amicably while retaining simplicity of use and the ruggedness needed of a weapon sent to deal with the situations it was designed for.

We hope you enjoyed the first installment in this new series, and we'd love to hear your thoughts and if you've learnt anything new!
If you'd like to talk to others about this article or anything similar in general, the Afterconflict Discord server has been continuing to grow recently and we'd love to have you as part of our community, we discuss all sorts of things from general gaming to sharing different pieces of history from the cold war.

Thank you for interesting information!