Checksum NFSR after 2nd startup. Most of 0.47 and 0.48 changes are to combat and the map. It was discovered that the naval invasion penalty only applies to strait and canal crossings in the vanilla base game and not to actual naval invasions. This has been fixed in v0.48 by manually designating naval invasion penalties in thousands of provinces. WW1 scenario has also been improved with better factory distribution worldwide, new provinces in key battlefields in France and Italy, and a Russian civil war event that fires when Russia loses. 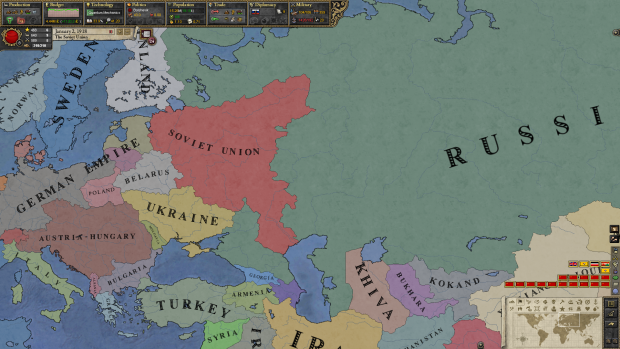 The problem with the Russian Empire, when you take Manchuria into the sphere and push the seaside decision - China's and Manchuria cores do not disappear(