This is a half way developed preview version, and it's much less laggy but still unfinished!

This version does not represent how the final mod will look/act/run etc.

This mod changes the atmosphere of the game completely, replacing the snowwy desert, to soft sand beaches, with an ocean of ineractable working water !

This mod also bundles in some of my other mods, such as the AI Traffic, Car Damage, Super sleds, More items, etc. Cybertruck mod can be downloaded from the menu & will work in addition to this mod. 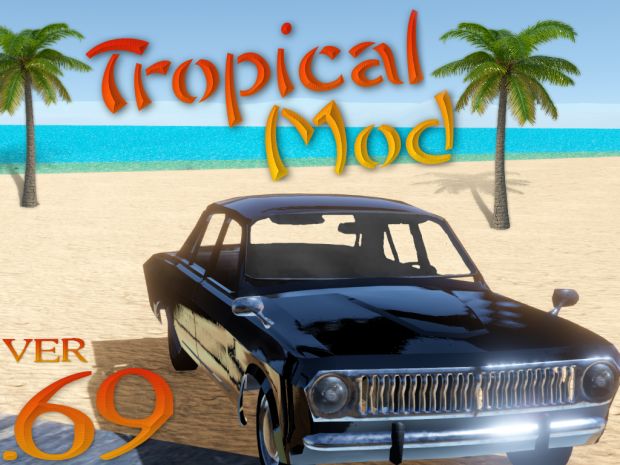