There is an added level selection screen and all four of the maps from the PC version have been included. There is a level viewer (which will in the future become an editor). There is improved character sprite rotation. There are now progress bars to represent how much health and energy you have (which I find is a lot easier to quickly glance at rather then needing to read the numbers). I’ve started some test work with real time shadows (its a bit slow but you can hold down the 2 button to make the walls cast shadows). I also tweaked the speed of pretty much everything (movement speeds, health regeneration, how quickly excessive energy consumption harms you, etc) and I’ve began the process of making the game frame rate independent (movement speeds per frame adjusts based on how many frames are passing per second). 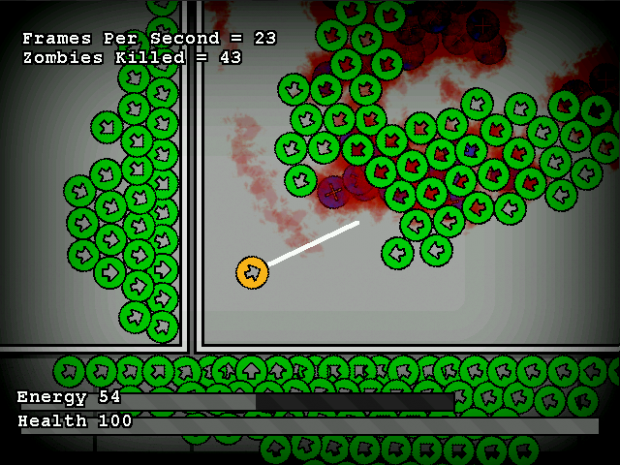 Wiibrew is a great source of information on how to go about running homebrew on Wii.

Its my understanding that at the moment its still a bit of an inconvenience running homebrew if you have the most recent firmware (4.3) but otherwise its fairly easy to setup. Feel free to PM me if you get stuck on anything and want help.

YAh i hav homebrew my wii easily just go to that website and read EVERYTHING Twice. U neede a sd card!

They Do Not Die Third Person Shooter
Tags