The Time has finally arrived! The release of Sugar Rush is now available. We are excited to be able have everyone play our game. Any and all feedback would greatly be appreciated. Hope you enjoy. Sugar Rush is a moderately paced third person action adventure game that takes place in Sweetopia. As the hero, the player journeys through the peppermint forest, Candy Town, and the Gumdrop Meadows to liberate these areas from the diabolical dentist and their army of vegetables that have taken over. As you vanquish enemies, you reclaim the sugar stolen from the land. As enemies attack you, you lose health, which can be restored by eating part of your weapon. As you eat the weapon, it loses strength which is restored by collecting dropped sugar from defeated enemies. Collecting a large amount of sugar activates a sugar rush, which increase speed and power for a short time, but causes a “crash” after which reduces speed for a very short duration. 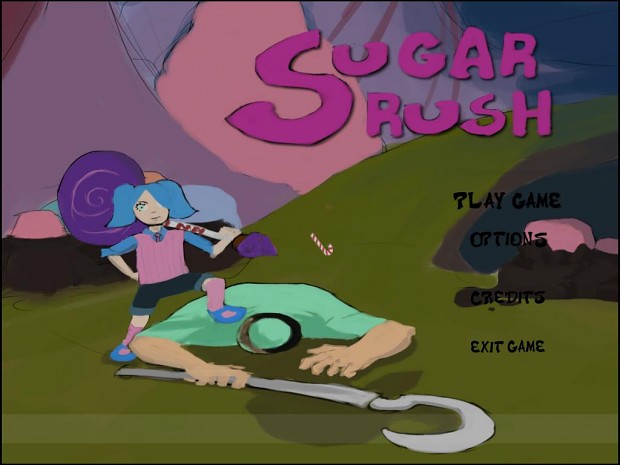