Space Arena is a two-dimensional shooting game featuring scrolling graphics, set on a fictional galactic sector called Arena which is surrounded by a circular ring of energy (the Great Barrier) and, further beyond, by an infinite empty area (the Outer Space).<BR> Each player controls a starship and can choose either to fight the other players or to cooperate with them to defeat waves of enemies invading the Arena and becoming more and more numerous as the game level increases. In the latter case space stations come into play randomly to help the allied ships. 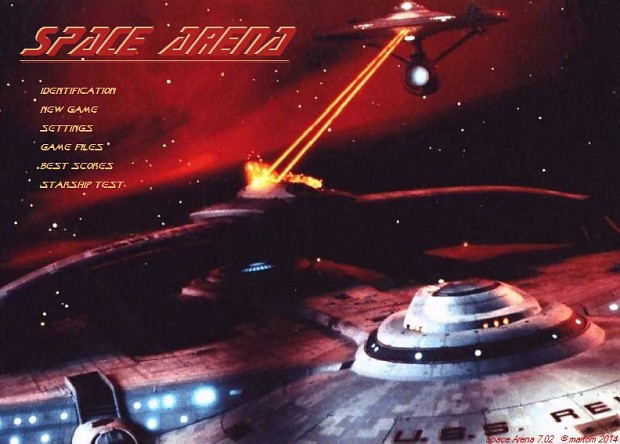