The second game I wrote, within the 7-days deadline. Unlike Marbles this time I ended up using all of the seven days. Slimy Pete’s Singles Bar was created for suomipelit.com summer game development competition.

There where 147 attendants of which 35 managed to create a game. The competition was fierce and Slimy Pete came eight. The top three really stood out from the rest of the entries (I recommend you download the winner: Soosiz, very fun and original game) and rest of the top ten where within only few points from each other (I knew I should have voted for myself

Little bit about the feedback I’m looking for

I’m inviting criticism, because I think it’s a very good way to learn and improve your craft. I hope you don’t put on silk gloves when treating Slimy Pete. Thinking “this is the way it should be, but he had only 7 days to do it”. On the contrary I hope the fact that it was done in a week encourages criticism. I committed only seven days to this game, so its not like I have been developing it for three years and go all berserk when somebody says it sucks.
I’m interested in your “user experience”. Did you have the “Oh I get it now” -moment? How long did it take? Was the game too easy or too hard? When did it turn boring? Or frustrating? What kind of a score did you get? When did you quit the game? Or did you finish it (there are 8 levels)? etc.
I’m also looking for critique on the game’s design. Look beyond the glittering graphics at the game’s core mechanisms. What wrong with it? What are the biggest problems? How could it be improved? Why it feels or doesn’t feel fun? etc. I’m hoping to tear the game into pieces Lost Garden style.

(Also Jimmy’s Lost His Marbles is all open for critique.)

Enough of words here’s the game.

You play the part of Cupid. Try to match Jesse and Celine together. Do this by matching conversations. When you match three similar conversation bubbles in a row, they pop and Jesse and Celine move closer to each other. You can shut up a single person by moving cursor over them. If the bubbles hit the ceiling fan, Jesse’s and Celine’s conversation ain’t going so smoothly and they move away from each other.

Esc - Will quit the game. 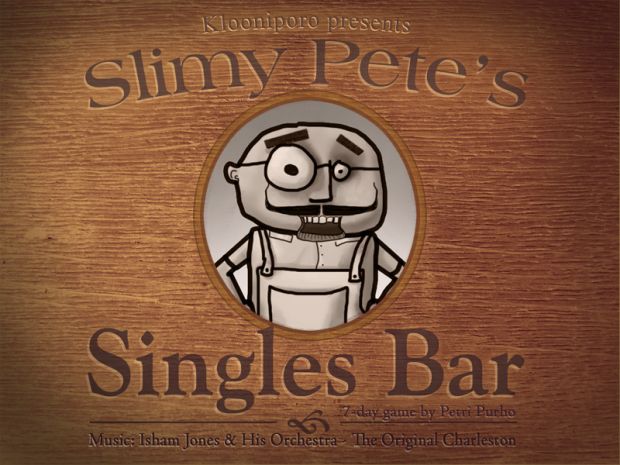