Ogier is an in-house developed game-editor, tightly built around the Starbreeze Engine. It is used for many tasks and is easily extendable to include new features as they are implemented in the engine. Ogier has been in development within Starbreeze since September 1998. It was released to the public in January 2004, primarily to allow the community to create new levels for Enclave. Ogier has support to edit content for Enclave, Knights of the Temple and The Chronicles of Riddick: Escape from Butcher Bay. It also has some limited level-editing support for Quake. 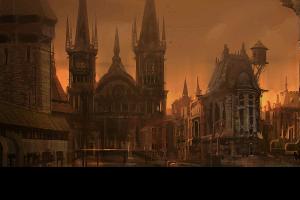