Hello guys! With this new version many issues corrected and also it has been added more flavour to the mod. Take a look to changelog to see all the changes and corrections.

If you find a bug, please report it as comment.

Credits: Some decisions and events have been drawn from Cold War Enhancement Mod. Thanks to the creator of CWE who shared his work. 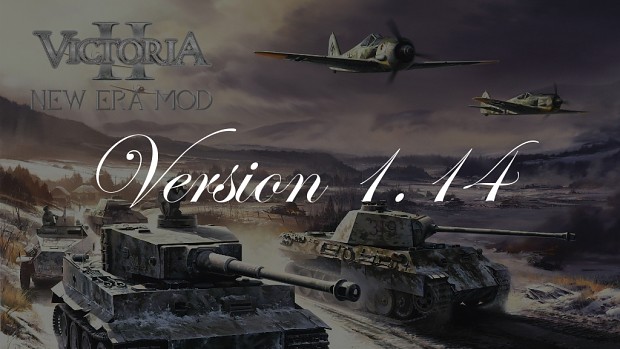 Having a constitutional monarchy in Ireland in 1920 isn't historically accurate, unfortunately. It would be better to change it to a republic. It is however correct to have a constitutional monarchy in 1936 since Ireland had the same king as Great britain because of their peace treaty. What would be good though is to add a decision to make Ireland a republic in 1936 because the Irish leaders at the time tried to make an Irish republic through democratic reform. They eventually succeeded in breaking free from britain without another war.

Yes, you are right. Ireland needs further improvement. I will take care of that in the next release.

Hi. Very nice mod. Played for Yugoslavia yesterday. There were some problems, want to tell about them.

1) Fiume Province. I think, when this province is taken by Italy or Yugoslavia, country Fiume should lose core on it. There was a war with Italy, with dismantle cb, one of the participants added a cb to release Fiume. So, after this war I have got all my provinces back and Italy lost core on them, excepr Fiume, because I had to conquer it. It made some problems with relations with Italy, I had to remove this core manually to avoid a war.

2) Should rename Lemberg province in Ukraine/Poland to Lwow. In 20 century it wasn't Lemberg anymore. Also check other provinces around, I think some of them should be renamed too.

4) I had a very hard war with Nazy Germany. It started, when Germany declared war on Austria, and I was Austrian ally. I also called Italy and some minors to this war. It wasn't a Great War, but anyway it was very large-scale and long. And when Germany was almost defeated I wanted to add some wargoals, like install democracy or liberate people. But then USA has joined (to protect Austria, GP can do it) and added Status Quo cb. As for me it is unrealistic. I think all taugh war in 20 century should end by dismantle of the empire, that lost.

5) Yugoslavian decisions "Embrace Bulgarian" and "Embrace Albanian" are almost impossible. It is written about some average militancy, that should be lower, that 2.0. But I found, that these decisions works only if militancy is 0 or almost it. But it is almost impossible for country like Yugoslavia get absolute stability. Also I wanted to see decision like "Embrace Greek", I saw it in one mod (but can't remember exactly), or maybe it is even in vanilla game. It is logical decision, because greeks are not slavs, but they are orthodox, like serbs.

6) Have some suggestion about decisions, that decrease tax efficiency, like rocket or satellite programs. Maybe I'm wrong, but if I think correctly, that decisions doesn't make people to pay for these programs. Just decreasing tax efficiency isn't realistic, because in Victoria this mechanic just makes goverment not be able to take much taxes from people (if I understand it right). But in real life it works in another way - goverment takes money and then spend it on program.
But I'm not sure, maybe these decisions burn people's money in some way, if it is right, that there is no problem.

Οn the first mention, I could add a decision which remove Fiume core from that province. Regarding Lemberg, yes, maybe I have to make some changes to some provinces names. About Crisis issue, I have not found yet what creates this. The fourth mention it's something which I will not change it. This is based to Victoria 2 regulations.

About the "Embrace Cultures" decisions maybe I can make a reshuffle. Also I can not add an "Embrace Greek" decision because Greeks are not Slavs as you said and also Greek culture is completely incompatible with Slavic culture.

About the last one, I think these decisions do not have any issue about taxes. All these space programs are based to state funding. So it's logical not earn some money from taxes to sti'l support all those space programs.