This is a mod based on HFMmm and partly on Napoleon Legacy. I takes place in a world where Napoleon agreed the Frankfurt Proposals where Napoleon could remain in power and keep the Natural Border of France. Over the years Germany has centralized around Austria and Prussia to defend against the French menace. The British decided in there failure the total defeat of France resulted in them defeating the United States in frustration. For more suggestions please comment

The next update should come is a week or two.

-For contacting me about the mod for help,bug reports or suggestions @jmanthunder on these discords 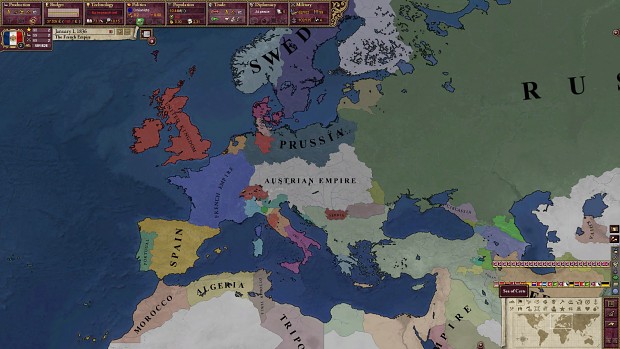 nice mod. I will try to play this day