Demo version. “Molten sky” is a new air combat game with tactics element. High-level graphics and user friendly operation will bring much joy to action games players. On the other hand, hardcore flight sim fans will appreciate many simulations elements: real number of missiles, limited fuel, realistic damage model, radar system modeling and much more. The effect of interaction between different troops is demonstrated remarkably in the game: if the mission is failed by fighter, a friendly helicopter becomes an easy target for enemy fighters, at the same time mission (to destroy enemy tanks) failed by helicopter results in a danger for friendly tanks. Different kinds of guided objects (planes, helicopters, tanks) are available, that reveals a more complete picture of modern war. 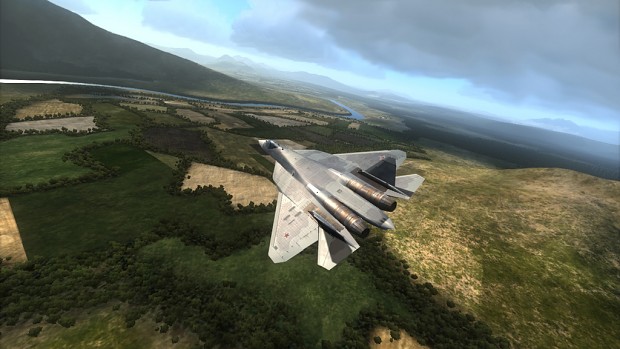 you should do a page for the game... really