From the creators of Conflict of the Eagles and Libyan Civil War Mod, March of the Eagles: Enhanced is a major overhaul mod for the base game March of the Eagles that brings many must-have features to an otherwise bare-bones game. The major system of land and sea domination has been reworked to allow all countries, both small and large, to be able to have an interesting and engaging game fighting against local enemies. The timeline has been expanded all the way up until the end of the 19th century and a new bookmark, "Victoria", has been added to simulate a Victoria 2 start. Furthermore, realistic independence wars have been added in to allow for empires to crumble apart in times of strife and simulate historical breakaway nations during the rise of nationalism. An engaging system of civil wars has been completely integrated into the game, as well as a rework of the map and other extensive changes that has transformed March of the Eagles into a fun to play game

Version technically should not crash randomly. Fixed most of the random crashes related to bad events, and cleaned up some code to reduce crashes. Tested the game from 1830 all the way up to 1850 and the game seems alright enough with only a little bit of late-game lag (assuming from most of the countries splitting apart and with rebel movements and complex alliances).

Known crashes: Sometimes, when saving (save file will be corrupted). Sometimes, when reloading to the main menu and playing as a new nation continuously. Sometimes, when loading a save. I've observed these behaviors as well from stable mods or even vanilla in other PDX games such as EU3, so there shouldn't be any obvious fixes.

If you notice a strange crash or bug, please leave a comment.

Unzip the folder "enhanced" and the file "enhanced.mod" to your Steamapps\common\March of the eagles\mod directory, and then select it from the launcher. 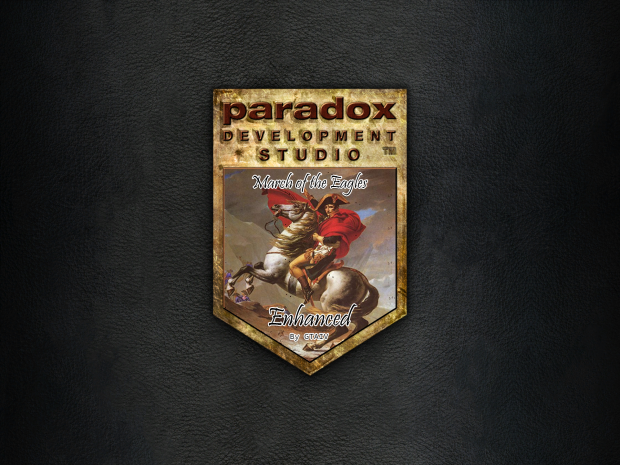