This is the latest, most feature rich and most complete release of the LosTech mod. It includes over a 100 new weapons, re-separation of IS and Clan tech, two new ingame user interface modes (different for Original and Expansion-set missions) , and all-new loadouts for all vehicles and 'Mechs, including user-bought and computer-controlled. Also revolutionary in including player-controlled airstrike-enabled pilots and units.

Install: Place the contents of the 08 folder inside your Darkest Hours 4.2 installation

BUGFIX
- Added special virtual XXL engine Thor-W variant. This prevents an ammo bug in mission 4 of Xenocide campaign since its variant number was unused in the mod.

GRAPHICS
- Fixed some Capellan portraits having display color glitches when under ingame palette.

- Correction in the colors of vehicle crews (IS blue and white/Clan black and gold - capellans reddish and gold -sorry, no greens available-)

- Added a flashing effect to the portraits of pilots that can Call Airstrikes.

MISC ORDER
- Reordered Clan weapons and separated from IS weapons in the list.

- AP gauss DPS improved about 10% since it was much worse than SRM-2 ; price and BV lowered

- Autocannon 5/10/20 ammo increased around 10-20%; since ammo packs are now shared between all types of AC/s, this was necessary for Ultra ACs to not be so bad.

- Regular ACs are now better and can compete with other AC types. Normal AutoCannons are now lighter than Ultra autocannons, as in the tabletop game.

- Clan Streak SRM now have +25 range for a maximum of 100, as in tabletop they are longer ranged than IS ones. However, they recharge slower and now will not fire within 12 minimum range (basically absolute point blank)

NEW MECHS
- Added Clan's Fire Falcon Omnimech. This 'mech (in canon and in the game) was the base for the IS Stiletto; as such, it reuses its graphics. Only Clan 25 tonner, fills a unique niche.
-- However, its graphics may be slightly altered later thanks to the upcoming PAK wizardry, which may also allow to add Mad Cat Mk.II and Atlas IIc.
-- I may also use this to change arms to differentiate A, W and J variants in all chassis, so they are visually distinct.
-- This is also necessary to "fix" the lower max internal structure.

- Added Clan Switfwind, which can call airstrikes. 15 tons vehicle. (maybe this will be reverted to 5 tons when I create Clan Pegasus)

- Changed the name of some weapons, for example, from Targeting Railgun, to Quantum Railgun (it actually reflects its "uncertainty" effect.

This prototype experimental addon for 08 LosTech will add aerostrike capabilities

- Copy contents of this folder to your MechCommander install
- Overwrite anything

AeroSpace Strikes are called with a special AI "tactic" which is embedded in an .abl brain file.

Warrior files call these brains in their first code line. The brains provide their behaviour. In time this leads to invoke the Airstrike tactic at specific times in their subroutine triggers.

- Calling airstrikes "Competes" with firing short range weapons, so pilots that call an airstrike from mechs will seldom, if ever, use their short range weaponry while doing so. The fact it sends them on retreat, putting them on unfavorable angles, doesn't help.

- The "Aerospace TAG" component doesn't really call an airstrike, its there to show which unit the Spotter is targeting at the time, and therefore, which is where will the airstrikes tend to fall (with delay). The effect is a line of small lasers that deal extremely low (0.01) damage each.

- The actual countdown to the strike seems to have somewhat more than three seconds. Only the last three seconds are graphically displayed.

- The "approaching" sound is not always heard.

- The max ROF for AeroSpace Strikes for a given unit may be one per two (2) seconds, which is pretty high - But given the retreat behaviour, such ROF is rarely achieved (a notable moment is when an enemy approaches directly to point blank on a corridor), with one ever 5-10 seconds being way more common. The unit also has to physically face the enemy in order to call an aistrike (turreted units face with their turret).
-- Even if this max rate is fortuitouisly (?) achieved, the high delay means the enemy triggering the attack will have already left the area of effect when it strikes.

- Even if the explosions appear sequential, the actual damage of the strike is dealt all at once, and is concentrated on the middle and not spread out in a line.

- Aerospace strikes, even with the custom pbrainSpot.abl AI file, are notoriously difficult to control. They may deal more damage to yourself than to enemies. Plus enemies tend to be spam, so normally the strikes may do more harm than good.

- The range for calling AeroSpace Strikes is always short, around "75", like the range of a short-ranged weapon. The different AI brains change behavioural patterns, not range of the actual strikes.
-- This makes them more dangerous still, as, unlike Long Tom cannons and similar area-effect weapons, there is no minimum range to prevent hurting yourself.

- Launching strikes tends to send your units in a brief auto-retreat, though they are not smart enough to resist going in there later before the actual attack falls, and be exploded anyways.

- The SpotterBrain.abl (and variations) was meant to be an AI unit. At such, if you use it in player controllable stuff, your units will be difficult to control. 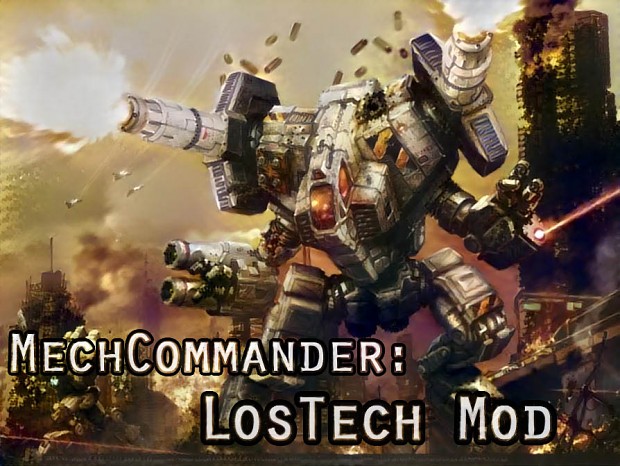