In his dungeon, Boss broods an egg. Hordes of adventurers will attempt to seize it, and the Boss, in his omnipotence strength must repel them. The Boss has 4 different powers: one creating a wave of servants rather low, Another for creating a more powerful servant, A third generating a massive explosion hurting everybody, The last creating a destructive wave very targeted on the Boss flanks. The Boss is invincible, which amply justifies its title. -The Boss is still: he awaits adventurers at the end of the dungeon. -The Boss is hollow screenplay: we can expect a hero's background, why would you it in this dungeon? What is its purpose, its past? - The Boss rules! Yes, the Boss is not a queer, it is a challenge for the adventurous, not less. The first 20 levels of play are a great facility, then comes the fashion elite -The Boss does not act by itself, it delegates. 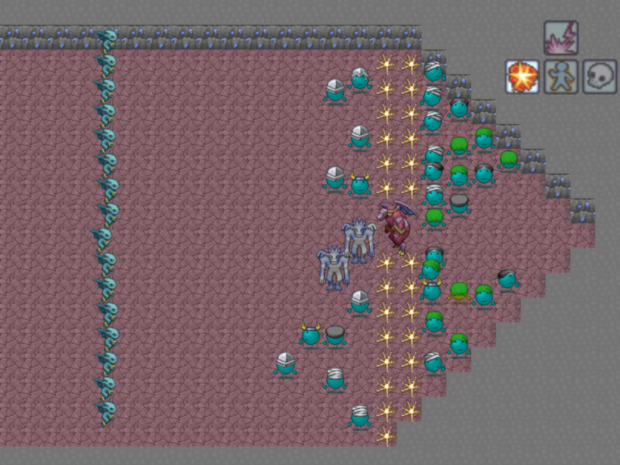