A new version of Land of Seylia, with significant improvements in many areas. Character classes have been fleshed out significantly, which moves Land of Seylia closer to being an SRPG with empire-building elements. A number of changes to the way cities are handled on the overworld, hopefully encouraging fewer, more-developed cities. Battles are now actually *challenging* if you don't use tactics, as enemy units are more numerous and better-equipped (particularly if you try razing a city in enemy territory!). Many items have been added, including headgear, and increasing your territory size will - twice - give a significant marketplace improvement. Additionally, there are many graphical improvements, such as resource production being shown on the main map; a turn-order indicator in battle; and unit equipment being shown in the abbreviated unit summary. 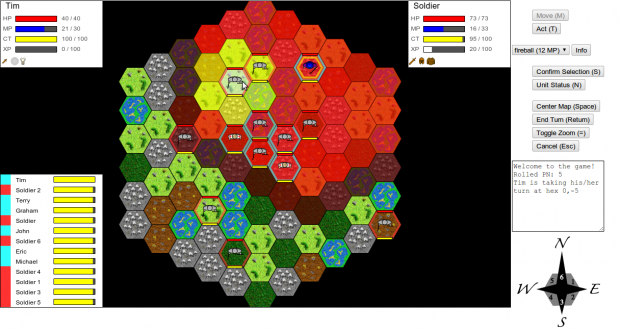