The "Consistency Update" was dedicated to bug fixes, and when I say that, I mean A LOT of bug fixes (literally over 65533 lines of error code were removed) . I'd like to say that every single mistake from previous versions have been rectified, and for the most part, that's true. Outfit/weapon/engine capacities have all been standardised, and ship stats and costs have been altered to better reflect canon/legends information from Wookieepedia. I have also messed around with random things, such as the addition of spaceport propaganda, astromech droids, hyperspace docking rings, ship names, and hails. I've also added over 50 new ships, a few new systems, and a few new secondary weapons for ships.

* Decreased the size of planets (the plugin size was getting too large)
* All Imperial ships now require an Imperial License
* Changed the sprite for the Star Wars Wormhole (just for fun)
* A lot of bug fixing
* I mean it: a LOT of bug fixing (my errors.txt file was enormous) 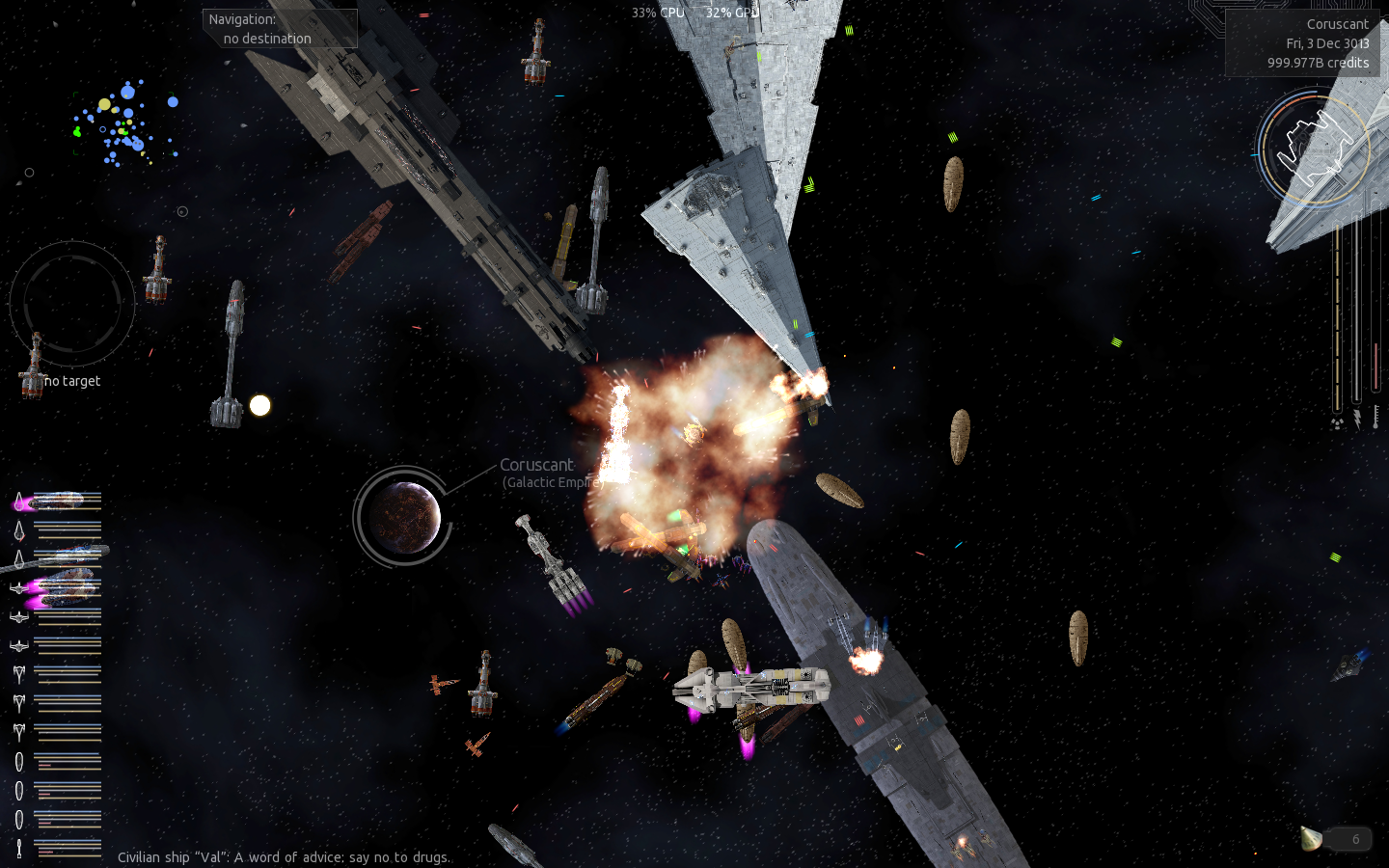 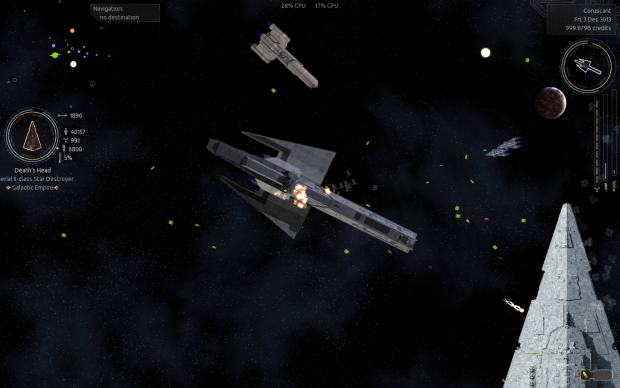