After a lot of hard work with editing, drawing, scripting. I'm putting out the demo for Dizzy Hearts. The last beta test 1.03 was downloaded nearly 700 times. Since then I've added missing/incomplete BGs, updated the menu screen, added the edited script, added the new expressions/pose changes, fixed some of music looping problems and more. This is as close to a clear representation of my plans for Dizzy Hearts going into the full version.

There are still more things I want in this part of the overall game, including this demo. Currently the script is planned around 90k words. This is just purely for the sake of us being able to complete it on our own.

Ideally we would like much more music, sprite outfits and poses, more CGs, BGs, expressions, etc. However we must be reasonable and do what we feel we can accomplish now. 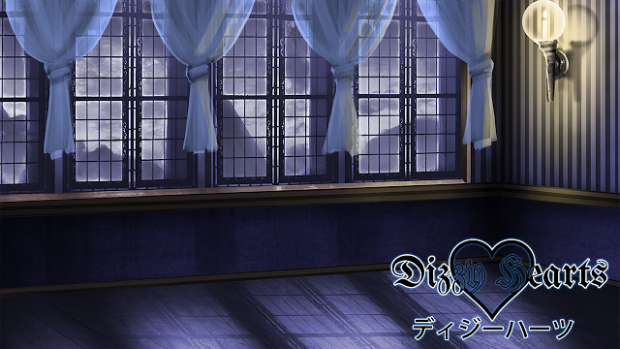